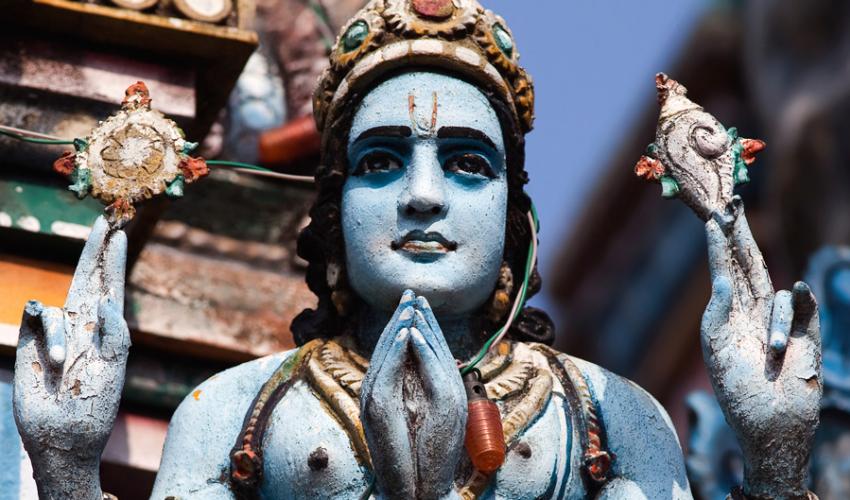 In the 1135-1159 period, Indonesia (then called the Kingdom of Kediri) was ruled by King Jayabaya, who was so just and wise that he was considered and still is considered the incarnation of the Hindu deity Vishnu. During his reign, he did not only manage to create a huge state from a small principality, but also made a number of prophecies, in particular, a prophecy about the future of Indonesia.

According to this prophecy, many centuries will pass, and the day will come when white-faced overseas sailors will visit Java. They occupy the country and will rule, oppressing the indigenous peoples, until the time of the reign of the “four white kings” has passed. One day their dominion will come to an end, but they will be replaced by small yellow-faced people from the north. But their power will last as long as the corn lives. And only after that Indonesia will become independent. And there will be one people and one state.

The era of the four kings is the story of the last 400 years of occupation of Indonesia, which was ruled alternately by the Dutch, French, Portuguese and British. In 1941, they were replaced by the Japanese, who, in turn, were expelled from the island by the Americans in 1945.

Corn lives, as it were, for several months, but in Indonesia corn fields have a four-year agricultural cycle: one year they sow and harvest, then the field rests for three years. With the advent of fertilizers, the technology has changed, but before everything was just like that, so the prophecy was exactly realized.

Further prosperity was promised to Indonesia, but the prophet warned that this time would not be long, since the world would then enter the darkest era that would end with the End of the World. The Prophet described the approach of that time:

And in this dark time, when people around the world will hide in the dungeons, a great leader will come to usher in a new enlightened and peaceful era. The Prophet called this man “Ratu Adil”, which literally translates as the King of the World. He will rule with an iron trident and his reign will bring the golden age to the world.

The end of the era of Dark Times and the transition of the world to the Golden Age will be marked by the appearance before this of a certain huge country that will exist for 100 years. There will never be justice and good governance. In the end, this large country will start a war with its brothers living in a much smaller neighboring country. For this atrocity, a large country will be completely destroyed. After that, “Ratu Adil” will come.

Very often, in turbulent and even calm times, the appearance of all sorts of different fake prophecies is quite frequent, but Jayabaya is definitely a real figure. Books are written about him, monuments are erected to him, and there are even some monasteries in his honor. And in 1945, it was the prophecy about the little yellow people from the north that inspired the Indonesians to revolution, so everything is grown-up there, and you can see the quoted paragraphs of the Indonesian ancient text through the links.

Modern Russia traces its history back in 1922, when Lenin died and the Politburo of the Central Committee of the Soviet Union put Stalin in charge. And although the sign has changed with the collapse of the USSR, the grandchildren and children of the founders of the proletariat still rule. But they have been ruling not since 1917, but 1922.

Until 1922, there was still some kind of conditional democracy, but in 1922 it all ended, which gives every reason to consider it the year of birth of modern Russia. Everything converges, the century is coming to an end, so we will see whether the wise king Jayabaya was accurate with his prediction.

In this article:Golden age, Indonesia, Russia