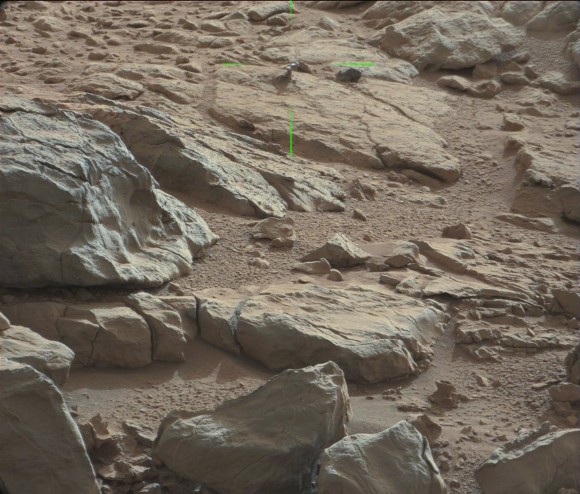 The Curiosity Mars rover has found some strange-looking little things on Mars – you’ve likely heard of the Mars ‘flower,’ the piece of benign plastic from the rover itself, and other bright flecks of granules in the Martian soil. Now the rover has imaged a small metallic-looking protuberance on a rock. Visible in the image above (the green lines point to it), the protuberance appears to have a high albedo and even projects a shadow on the rock below. The image was taken with the right Mastcam on Curiosity on Sol 173  — January 30, 2013 here on Earth — (see the original raw image here), and was pointed out to us by Elisabetta Bonora, an image editing enthusiast from Italy.

“The corresponding image from the left Mastcam is not there,” said Bonora via email, “which is a real shame because this would allow us to make an anaglyph.”

UPDATE: Since yesterday when we posted this, the left Mastcam image is now available, and so Bonora has put a 3-D view of this little metal-looking thingy.  After seeing this anaglyph, it is even more perplexing! Make sure you view it with the red/green 3-D glasses: 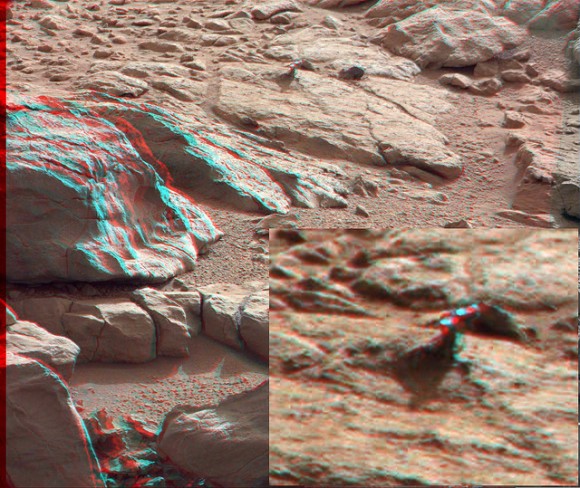 As Bonora pointed out, the protuberance seems different than the rock on which it sits – it could be composed of material more resistant to erosion than the rest and similar material could be within the rock, or it could be something that is “grown” on the rock. However, it looks fairly smooth, and in fact it is not covered by dust as is the case for metal surfaces that tend to clean easily.

But “small” is the operative word here, as the little protuberance is probably about 0.5 cm tall, or even smaller. 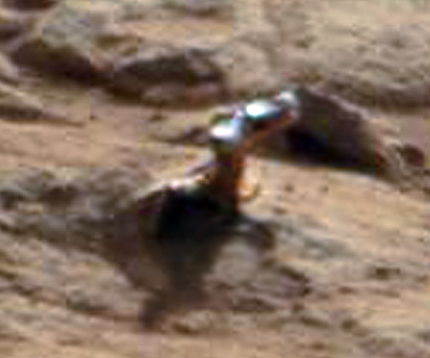 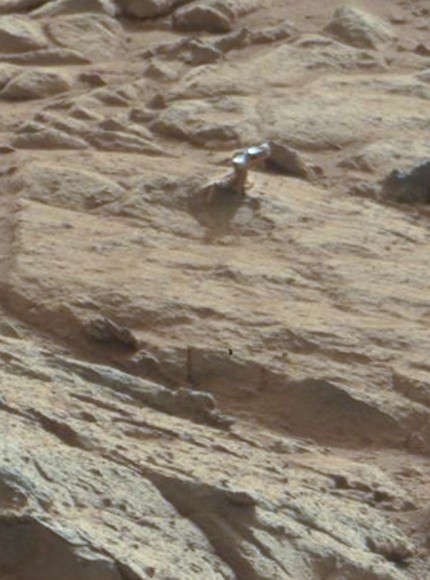 Here’s a full panorama of the area:

Whatever it is, the weird little shiny thing is interesting, and we hope to have more details about it soon from one of the rover scientists.

See all the raw rover images on the MSL website, and more images on Bonora’s Flickr page.