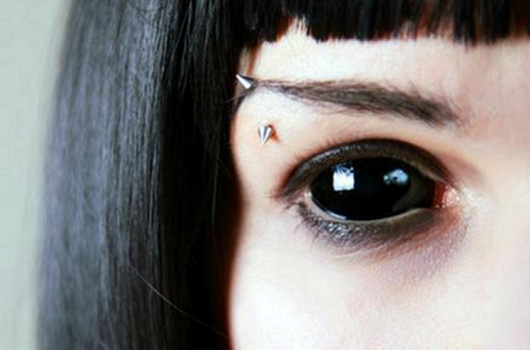 The account below is from Charlene in Florida.  Charlene’s story is similar to numerous accounts that I’ve been receiving of seemingly normal people who’s eyes suddenly turn solid black.  Often, the witness has known the person for some time and may have noticed unusual behavior.
Charlene’s account: “We live in an area where a lot of the houses are rentals.  The house next door to ours sat empty for quite some time until a couple finally rented it.  Their names were Chad and Beth.  They didn’t have any kids which put them in the minority for our neighborhood.  Since they were right next door, my husband and I ended up talking to them often.  They would never really talk about what they did for a living, just that they worked from home on the computer.  They certainly seemed nice and normal at first. About six months after knowing them, we began to notice some strange things, here are a couple of them:  First of all, one day we were grilling out.  We invited several people over and included Chad and Beth.  They came to the cookout but my husband and I both noticed that they stayed far away from the grill.  We assumed they both must have been afraid of fire but they wouldn’t even go near it after it was closed. Right after that cookout, Beth started coming over to visit during the day when my husband was at work.  She would look around the house constantly like she was examining everything.  It started to make me very uncomfortable.  She wasn’t much for conversation and there never really seemed to be a point to her visits.  I mentioned it to my husband but he assumed she was just bored and wanted company.  After a week of these visits, I didn’t see her for a few days.  That weekend, I brought my mother’s cat to our house.  My mother was going on vacation and wanted us to watch her cat for her.  The next day, Beth came for one of her visits.  She sat in the same kitchen chair, the only place she would seem to sit.  Ten minutes after she had been there the cat came out of the bedroom.  The cat went crazy when she saw Beth.  The cat’s hair stood up and she let out a loud hiss.  Beth leaned forward and looked at the cat with a really nasty look.  The cat ran back to the bedroom and Beth just stood up and left without saying a word. 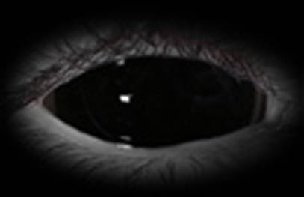 The whole thing was so strange to me.  When my husband got home, I told him the story.  He decided that we should go over and visit Chad and Beth.  We walked over to their house and knocked on the door.  As we stood on the steps, there were such strange noises coming from inside.  There was a loud crash like something had been thrown against the wall and then all of a sudden the door opened and they were both standing there like everything was normal.  We started to talk to them, expecting to be invited inside but they just stood there side by side.  I asked Beth if she was okay and said, “I didn’t realize you were afraid of cats”  Chad shot her a look very suddenly and he looked angry.  It was clear that Beth was very nervous and she wouldn’t say anything. It was a very awkward moment.  Chad looked like he was getting more and more angry, Beth wouldn’t look at him and my husband and I didn’t know what to say.  I was looking at Beth and she glanced at me.  When she did, her eyes suddenly went from normal blue eyes to solid black.  I felt my jaw drop, then I felt my husband pulling on my arm and we were rushing across the lawn back to our house. When we got inside, I asked my husband if he saw Beth’s eyes change.  He answered, “Yes, and so did Chad’s!”  Both their eyes went solid black and in that moment, we both felt the need to run away from them. The next day, whenever we were outside, we would notice that Chad or Beth were looking out at us from behind their blinds.  A week later, we realized that they had moved away but it must have been late at night since no one saw them move out.”
Charlene’s account, and others like hers, are a strange manifestation that may be connected to the black eye child phenomenon. How are these people with color shifting eyes connected to the kids?  Is this a new version of the same beings that have learned to integrate into our day to day world?  The possibilities are disturbing.

In this article:black eye child phenomenon