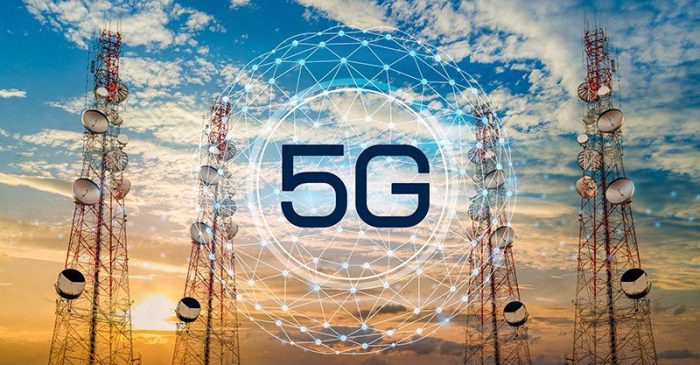 In a recently published article entitled, We Have No Reason to Believe 5G is Safe, Scientific American (SciAm) magazine issued a stern warning about the known and potential dangers of 5G technology.

Of particular significance is the fact that SciAm is the oldest continuously published monthly magazine in the United States, founded by inventor and publisher Rufus M. Porter in 1845, and running monthly since 1921. It is a highly influential publication, widely reputed for its rigorous scientific standards, and lauded by today’s fact-checkers as highly credible and staunchly pro-science.

In the article, University of California, Berkeley public health researcher Joel M. Moskowitz argues that 5G, along with previous w-fi and cellular technology, is much more harmful than the government and telecomm industry wants the public to believe.

His primary concerns center around a recent FCC announcement, made in a press release, that the FCC is close to reaffirming the radio frequency radiation (RFR) exposure limits that were previously adopted by the commission in the 1990’s… well before the introduction of 5G, 4G, 3G, 2G or even WiFi.

In short, the safety standards that the FCC wishes to maintain are severely outdated and fail to reflect the growing body of scientific evidence demonstrating harm.

Moskowitz notes that the ’90’s exposure limits only address the singular concern over the potential effects of the intensity of exposure to RFR. With the research we now have available the health concerns are much broader, including a sincere risk of cancer, among other things.

“The latest cellular technology, 5G, will employ millimeter waves for the first time in addition to microwaves that have been in use for older cellular technologies, 2G through 4G. Given limited reach, 5G will require cell antennas every 100 to 200 meters, exposing many people to millimeter wave radiation. 5G also employs new technologies (e.g., active antennas capable of beam-forming; phased arrays; massive multiple inputs and outputs, known as massive MIMO) which pose unique challenges for measuring exposures.

Millimeter waves are mostly absorbed within a few millimeters of human skin and in the surface layers of the cornea. Short-term exposure can have adverse physiological effects in the peripheral nervous system, the immune system and the cardiovascular system. The research suggests that long-term exposure may pose health risks to the skin (e.g., melanoma), the eyes (e.g., ocular melanoma) and the testes (e.g., sterility).

The FCC’s RFR exposure limits regulate the intensity of exposure, taking into account the frequency of the carrier waves, but ignore the signaling properties of the RFR. Along with the patterning and duration of exposures, certain characteristics of the signal (e.g., pulsing, polarization) increase the biologic and health impacts of the exposure. New exposure limits are needed which account for these differential effects. Moreover, these limits should be based on a biological effect, not a change in a laboratory rat’s behavior.” ~Joel M. Moskowitz, Scientific American

Moskowitz also cites the the International EMF Scientist Appeal, which elaborates on the now-known dangerous effects of RFR:

“Numerous recent scientific publications have shown that EMF affects living organisms at levels well below most international and national guidelines. Effects include increased cancer risk, cellular stress, increase in harmful free radicals, genetic damages, structural and functional changes of the reproductive system, learning and memory deficits, neurological disorders, and negative impacts on general well-being in humans. Damage goes well beyond the human race, as there is growing evidence of harmful effects to both plant and animal life.” [Source]

Moskowitz points out that,”the scientists who signed this appeal arguably constitute the majority of experts on the effects of nonionizing radiation. They have published more than 2,000 papers and letters on EMF in professional journals.” Inviting readers and policy makers to consider the weight of more than 500 peer-reviewed research studies finding, “harmful biologic or health effects from exposure to RFR at intensities too low to cause significant heating,” Moskowitz believes that more rigorous studies are necessary before the rollout goes forward.

In other words, the scientific jury is already out on the harmful effects of RFR, and the FCC is flat-out derelict in its duty to put public safety above telecomm industry interests.

Regarding the propaganda dimension of this debate, Moskowitz addresses the fact that industry spokepersons and related government officials frequently refer to contrarian viewpoints as ‘fear-mongering,’ pointing out that the current scientific research is legitimate, leaving the scientific community with a genuine responsibility to speak out about these concerns.

“The telecommunications industry and their experts have accused many scientists who have researched the effects of cell phone radiation of “fear mongering” over the advent of wireless technology’s 5G. Since much of our research is publicly-funded, we believe it is our ethical responsibility to inform the public about what the peer-reviewed scientific literature tells us about the health risks from wireless radiation.” ~Joel M. Moskowitz, Scientific American

Cracks are showing in the government and telecom industry’s blanket assertion that 5G is safe, and many prominent and influential scientists, dignitaries, and organizations are now speaking out against 5G – the global human experiment without consent. For the editorial board of Scientific American to run a piece this condemning 5G is a very strong signal that even the most mainstream elements of the scientific community are genuinely concerned.