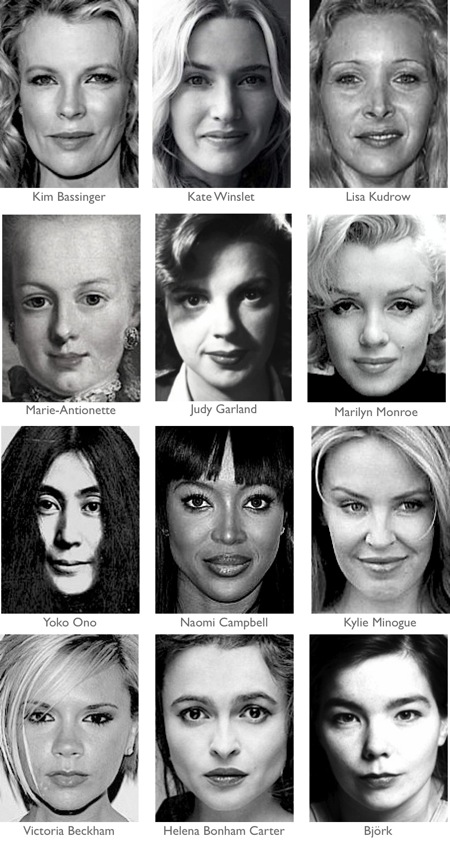 I’ve been adding some pictures to my pages about the seven soul types (as described in the Michael teachings). Specifically, I’ve done seven facial caricatures to show what each one tends to look like (at least to me), highlighting and exaggerating the main features — the Scholar’s prominent brow, for example, and the Priest’s intense eyes.
Below I’m showing them all together on one page, with a number of famous faces as representative examples in each case.
Now, I’ll readily admit that it’s quite easy to find exceptions to the rule. Yes, you can probably point to a famous Priest soul incarnation who looks nothing like the Priest ‘stereotype’ shown below. Fair cop. Not all Priests have definite almond-shaped heads. But I see this is as a general approximation, a pattern, not a hard-and-fast rule. 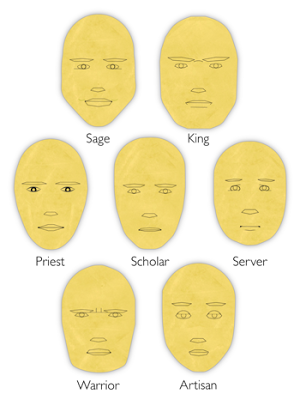 And of course, head/face shapes will vary according to body size. Going by shape alone, for example, a Sage who is small in stature like Miley Cyrus looks a bit like an Artisan. But that’s just the shape. You can still spot the Sage in Miley Cyrus because a Sage’s face has also a firm, elastic and shiny quality (as it’s always on the move) while an Artisan’s tends to be soft and very ‘composed’. You have to look at the whole package — not just shapes but also tones and movements. And in the Sage’s case, the motormouth is also a dead giveaway! See what you think. 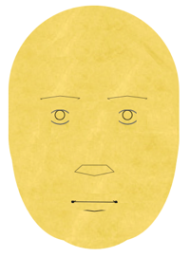 S E R V E R
Servers are gentle, genial souls. Facially, they often characterised by a rounded head, sometimes potato-shaped, with soft, sagging features and smallish, tired-looking eyes. Rounded shoulders are also typical.
The Server’s baseline expression varies between one of sorrowful pity (when they focus on the common woes of life, like Mother Teresa) and sweet, innocent cheerfulness (when they focus on the common good, like the Dalai Lama). But either way, there is a basic vibe of harmlessness.
Typical traits: accommodating, caring, modest, dedicated, unassuming, homely, downtrodden, melancholic. 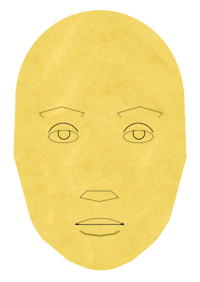 A R T I S A N
Artisans tend to have heart-shaped or cup-shaped faces, together with a dreamy, unfocused, faraway look in their eyes. Where Sages have a starry twinkle in the eyes, Artisans have mysterious portals into their inner worlds.
Their facial expression tends to look very composed, as though they were sitting for a portrait (indeed, many models are Artisans). The mood of the expression can vary between a childlike playfulness and a very broody look of being lost in deep thought, as though contemplating some tricky arithmetic (which I suppose Einstein frequently was).
Artisans have a habit of creating a striking image for themselves which both attracts attention and at the same time serves as an outer façade behind which they can hide. This includes a tendency to go for distinctive hairstyles and clothes.
Typical traits: inventive, imaginative, innovative, idiosyncratic, flaky, ditzy. 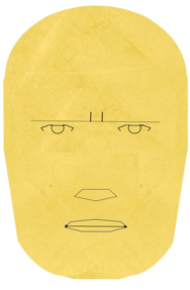 W A R R I O R
Warriors look distinctly solid and physical, tough, firm-skinned, perhaps leathery, and very much at home in their bodies. The head-shape can be quite straight, a bit like a jar.
Like Kings, Warriors tend to be hard and angular, but the telling features are the low eyebrows and the ready-for-action expression which varies between “Yeah, let’s do this!” and “Nobody screw with me!”
Typical traits: forceful, assertive, loyal, protective, determined, ruthless, vicious. 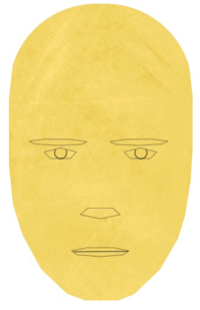 S C H O L A R
Scholars tend to look intelligent but somewhat unexpressive and socially detached. They usually have a large, flat forehead and relatively hollow, deadpan features. The mouth is naturally shut rather than open. In contrast to the Sage, the Scholar’s face looks like it isn’t used much for expressiveness.
The eyes can look deep-set, partly because the Scholar’s attention is usually somewhere inside their brain rather than out there where the action is, and partly because the prominent brow can overhang the eyes, adding to the Scholar’s observing-rather-than-participating look.
With Scholars, it’s all happening inside the head; their mind is always busy processing, absorbing, learning. Overall, I would say Scholars have a look of benign detachment.
Typical traits: curious, knowledgeable, analytical, dry, pedantic, detached, neutral, aloof. 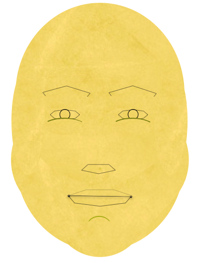 S A G E
Sages’ facial features are often unusually big, open and elongated or elasticated, perhaps even cartoon-like. In addition, they often have a twinkle of mischievous merriment in the eyes, as though itching to tell a joke or share some scandalous gossip.
The face is a key means of expression and the Sage’s face is always ‘on’. Their cheeks tend to be a prominent feature, rounded from lots of smiling and joking. The whole face is like an inflated balloon.
Young-soul Sages are all all eyes and teeth with their big, sparkly smiles. Old-soul sages like Osho are more mellow and look like, well, happy sages.
Typical traits: eloquent, witty, gregarious, flamboyant, effusive, attention-seeking, loud, verbose. 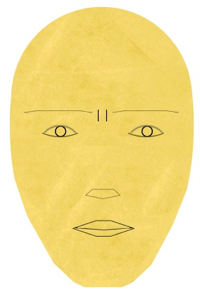 P R I E S T
Priests tend to have almond-shaped heads, and cat-like eyes that point forwards very directly. I’ve also noticed that the eyes can sometimes seem ‘upside-down’, with the upper lid being more open than the lower. Also with Priests, the corners of the mouth often look sharply pointed.
The Priestly facial expression suggests a strongly felt desire to make things right or better. This typically varies between one of stern disapproval (when they focus on what’s presently wrong with the world as they see it) and rapturous enthusiasm (as they focus on realising some higher potential).
The Priest’s gaze often has an inflamed, hypnotic intensity which can look strikingly beautiful — or strikingly sinister, depending on where the Priest is coming from.
Typical traits: fervent, visionary, hope-inspiring, earnest, uplifting, preachy, fanatical. 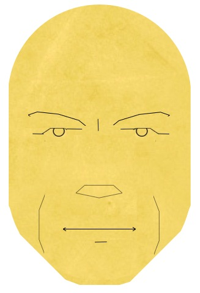 K I N G
Kings tend to be distinguished by a solid-looking block-like head with ‘meaty’ or ‘granite’ features. There is often a broad, muscular, well-defined jawline.
The face reveals a self-assured, commanding expression with a very masculine look of authority that says “I know exactly what I’m doing,” — the flip-side of which is a withering look that says “You don’t know what the hell you’re doing.”
Typical traits: commanding, masterful, self-assured, decisive, harsh, imperious. 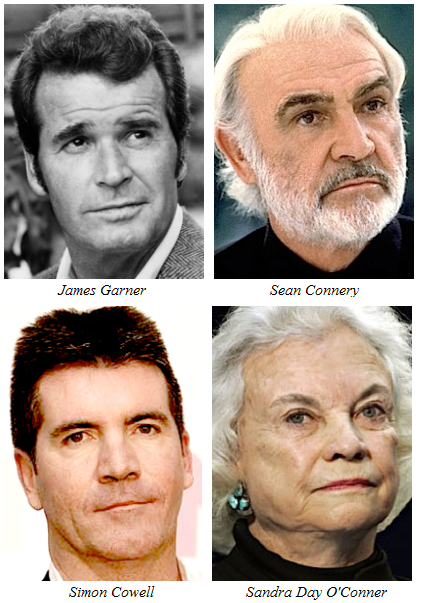 In this article:Michael teachings, soul types