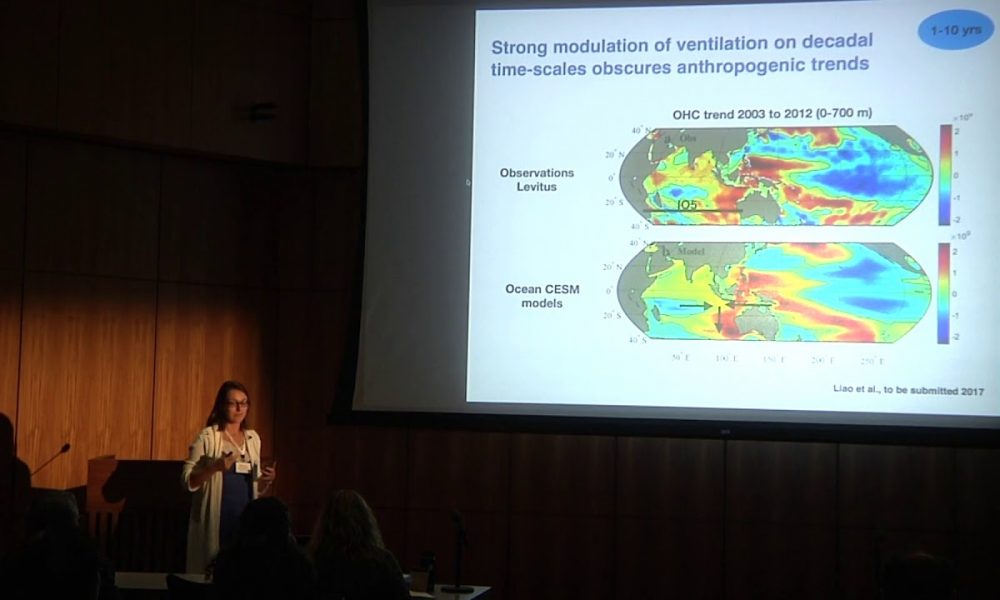 There is a troubling trend among internet readers, and that’s the fact that billions of people area reading titles of an article and having a bad reaction before reading the actual article and examining the sources. The bad reaction usually comes when evidence is presented which strongly goes against the widely accepted belief held by the majority of people. This type of evidence is often ridiculed by the mainstream media, which is why the majority of people believe what they do in the first place.

We have been subjected to massive amounts of ‘mind-persuasion’ on various topics. Today, when evidence goes against the grain, especially when it threatens many political and financial interests, false evidence is manufactured in order to counter the actual evidence. This has happened in all areas that touch humanity. I refer to it as the politicization of science, in this case, climate science. We’ve seen this everywhere, especially with medical science.

“The case against science is straightforward: much of the scientific literature, perhaps half, may simply be untrue. . . . Science has taken a turn towards darkness.” – Dr. Richard Horton, Editor in Chief of The Lancet (source)

Now, just to be clear, this article is NOT debating climate change. Drastic and unexpected climate change and natural disasters are rampant right now on our planet, for multiple reasons. It’s clearly a problem that needs to be fixed and could have been fixed/mitigated decades ago, yet we still seem stuck. Revolutionary technologies have been in existence for a long time, from solar, to wind, to vortex-induced vibrations and over-unity energy technology. Many of them have been subjected to patent suppression and secrecy, for “natural security” purposes. Meanwhile, it’s this national security apparatus that have created a breakaway civilization, one that’s become highly technologically advanced. They use these technologies, not for the benefit of humanity, but it seems more so, for their own purposes and the enslavement of humanity.

All that being said, climate change is, in my opinion, the result of multiple factors that go beyond human beings. These include natural cycles Earth has gone through before in it’s past, the activity of our sun, etc…

Again, I am not denying climate change, I am not even denying anthropomorphic climate change. I’m simply pointing towards the politicization of science. Something fishy is happening.

In fact, approximately more than thirty thousand scientists have all signed a petition regarding the political agenda of global warming. The scientific consensus, which includes over 9,000 scientists with Ph.D.s, is the real scientific consensus. There is no real source for the “97” percent of scientists agreeing, that’s false information.

Princeton scientist Laure Resplandy (pictured above) and researchers at the Scripps Institution of Oceanography recently published a studyclaiming that the Earth’s oceans have retained 60% more heat than previously thought over the last 25 years, suggesting global warming was much worse than previously believed. The reported was beamed out by multiple establishment mouthpieces, including the Washington Post, New York Times, BBC, Reuters and others.

Independent scientist Nic Lewis found the study had “apparently serious (but surely inadvertent) errors in the underlying calculations.” Lewis’ findings were quickly corroborated by another researcher. The post appeared on the website of Judith A. Curry, an American climatologist and former chair of the School of Earth and Atmospheric Sciences at the Georgia Institute of Technology. She has been one of the many outspoken scientists in the field the “tribal nature” of parts of the climate-science community, and what she sees as stonewalling over the release of data and its analysis for independent review.

Lewis corrected the math area, and found that the paper’s rate of ocean warming “is about average compared with other estimates they showed, and below the average for 1993-2016.” Roger Pike Jr., a Professor at the University of Colorado, tweet his work and replicated the data. Key phrase: “It’s a big error at the core of the paper’s findings.”

It seems that the majority of climate scientists all support this type of fraudulent data, and the problem of political interests taking over what the science is actually saying.

Lewis found the study’s authors, led by Princeton University scientist Laure Resplandy, erred in calculating the linear trend of estimated ocean warming between 1991 and 2016. Lewis has also criticized climate model predictions, which generally over-predict warming. Resplandy and her colleagues estimated ocean heat by measuring the volume of carbon dioxide and oxygen in the atmosphere. The results: the oceans took up 60 percent more heat than previously thought. The study only sent alarm bells ringing, especially in the wake of the United Nations’ latest climate

Laure Resplandy, the author of the widely distributed and cited study, has recently replied, acknowledging the error. Although the reply comes from an establishment mouthpiece, one that ridicules any questioning of anthropomorphic climate change via carbon output.

Below is a brief interview with Curry.

The Politicization Of Climate Science

The politicization of climate science is something that’s vouched for by the majority of actual climate scientists.

It’s hard to talk about because I am a proponent of clean energy technologies, and they are a must. Our industries and our usage of pollution services, like the automobile industry, is a toxic and environmental health hazard. But the global elite are very smart, they are using climate change, and global warming, to basically cause climate hysteria for political and financial gains.

The “97 percent” tagline is often used to demonize those who question anthropogenic induced climate change, and the mainstream media will do their best to make those who question it, no matter their background, credentials, or credibility, look foolish.

Ivar Giaever, a Norwegian-American physicist who shared the Nobel Prize in Physics in 1973, compares current climate science to pseudoscience.

Dr. Richard Lindzen, among many others, refers to this type of narrative as hysteria and argues that climate scientists raising this issue have been demonized. He’s one of the world’s top experts in the field and lead author of “Physical Climate Processes and Feedbacks,” Chapter 7 of the Intergovernmental Panel on Climate Change’s Third Assessment Report on climate change.

He is a  dynamical meteorologist with interests in the broad topics of climate, planetary waves, monsoon meteorology, planetary atmospheres, and hydrodynamic instability. He has made major contributions to the development of the current theory for the Hadley Circulation and pioneered the study of how ozone photochemistry, radiative transfer, and dynamics interact with each other. He is also the Emeritus Sloan Professor of Meteorology at Massachusetts Institute of Technology.

A slide from one of his lectures below states:

Global warming is about politics and power rather than science. In science, there is an attempt to clarify; in global warming, language is misused in order to confuse and mislead the public. The misuse of language extends to the misuse of models. For advocated of policies allegedly addressing global warming, the role of models is not to predict but rather to justify the claim that catastrophe is possible. As they understand, proving something to be impossible is itself almost impossible.

I am using him as one of many examples. pointed out how policymakers were heavily involved with the IPCC and their publications. He is one of many to do so. Here’s a video in which he did try to bring awareness to what climate scientists REALLY believe. It’s quite contrary to the climate hysteria we see that’s constantly beamed. Right now it’s happening with forests fires, which have been happening for hundreds of millions of years.

Why No Mention of Climate Engineering?

What about climate engineering? Geoengineering is the manipulation of the atmosphere through artificial means.

The US Air Force has the capability to manipulate climate either for testing purposes or for outright military-intelligence use.  These capabilities extend to the triggering of floods, hurricanes, droughts, and earthquakes.

Weather modification will become a part of domestic and international security and could be done unilaterally… It could have offensive and defensive applications and even be used for deterrence  purposes. The ability to generate precipitation, fog, and storms on earth or to modify space weather, … and the production of artificial weather all are a part of an integrated set of technologies which can provide substantial increase in US, or degraded capability in an adversary, to achieve global awareness, reach, and power. (Air University of the US Air Force, AF 2025 Final Report, http://www.au.af.mil/au/2025/ . Emphasis added)

We’ve covered this topic in depth in multiple articles, and right now, geoengineering is being proposed as a solution to climate change, or what scientists above mentioned as ‘climate hysteria.’ The weather today is largely manufactured and owned, it’s changed and manipulated for various reasons. It’s hard to tell what’s actually going on. Here’s a clip of Ex-Cia director voicing his support for geoengineering…

Climate hysteria can be created, as much as terrorism can in order to create the war on terrorism…

You could literally write a book on how the majority of reputable scientists within the field of Climate Science, and the ones actually involved with the IPCC, are all concerned about these things. As many of these scientists have pointed out, at a certain point, the final drafts and publications are taken over and written by politicians and policymakers.

There is a big problem here, and the elite who seem to be behind this type of thing, have been using their tools for years (mass media, education, etc..) to drill this idea in the people’s heads. Climate initiatives are being supported like war was with mass propaganda, our hearts and care for Mother Earth are being taken advantage of and capitalized on. Those who question the official narrative of global climate change are often the ones who care about Earth the most. This is one of the reasons it is so important for the awakening community to strive for the truth, and then to bring out that truth widely. The future of our planet hangs in the balance.

In this article:climate change, Earth’s oceans