The American author and ufologist once claimed to have been in contact with an extraterrestrial from Venus.

A controversial figure in the annals of ufology, Van Tassel was an accomplished aircraft mechanic and flight inspector who worked for various firms between 1930 and 1947 before retiring to the desert.

He rose to prominence as a key figure of interest in 1953 after claiming that he had been awoken one night by an alien from Venus named Solgonda. The being allegedly invited him aboard its spacecraft where Van Tassel was telepathically gifted the plans for a device called the “Integratron” which was said to be capable of rejuvenating the human body.

The following year, he and a few others began building the device out in the desert. 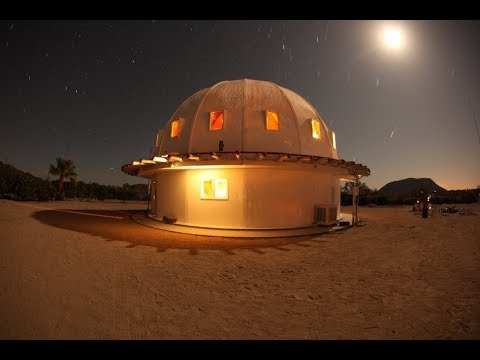 The Integratron – structure (or device) built by George-Van-Tassel

Said to be capable of not only rejuvenation but time travel and anti-gravity as well, the “Integratron” was built on what Van Tassel claimed was “an intersection of powerful geomagnetic forces that, when focused by the unique geometry of the building, will concentrate and amplify the energy required for cell rejuvenation.”

The device resembled a strange domed wooden structure which lacked any screws or nails.

Van Tassel himself died in 1978 of a heart attack, leaving the device unfinished and non-functional.

You can view an old interview featuring the man himself below.

The FBI file can be viewed – here.

In this article:Van Tassel, Venus