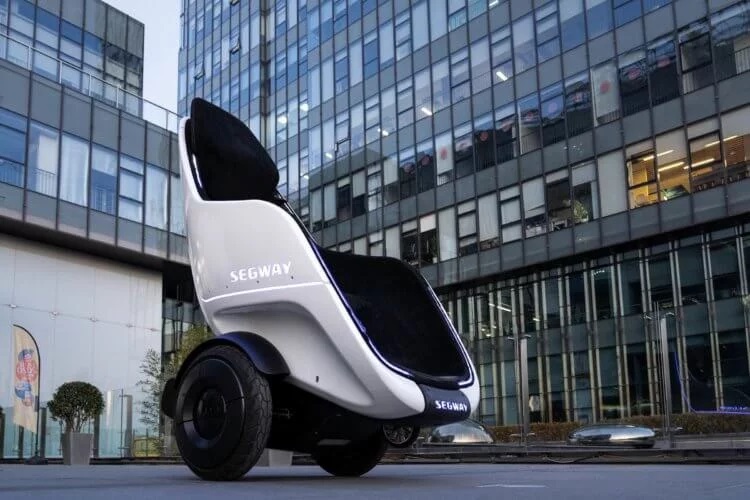 You’ll soon be able to scoot around town—at 24 mph—without even having to stand up.

The CES 2020 Consumer Show kicks off next week. Many companies pre-announce products that will be presented at this exhibition. One of these was Segway, which introduced the futuristic S-Pod chair, according to our colleagues from Wired. For many, this can only mean one thing – we are one step closer to the future, popularized the 2000s movies. One of these was the WALL-E animated film, whose characters moved on special chairs and were overweight. Star Wars fans may recall the Power chair. It had no wheels, but who knows, maybe such a future is also very close.

The S-Pod uses the balancing technology developed by the company itself. It is she who creates the very magic of perfect balance. Given the rather large dimensions of the chair, the effect of the balance seems even stronger.

Among the features of the S-Pod, we can distinguish the ability to transport people weighing up to 120 kilograms. Sales of S-Pod should start in 2021, the company has not yet disclosed the cost of such a device, but plans to use them indoors. One of the striking examples is the airport, where mobility is important and at the same time, the requirement for compactness of the vehicles for employees. It can also be used in parks, since a maximum speed of 7.5 mph allows it. But it’s also interesting that it can be increased programmatically to 20 mph per hour. In this case, the use of S-Pod in parks will not be possible by law. Most cities have a limit of 32 kilometers per hour.

Segway is able to drive 43 miles from a single battery charge, which will be enough for driving from home to work and back in most cases, so this type of transport can be a good option for replacing a car.

Objectively, we have not yet succeeded in replacing our familiar cars, but we are moving in this direction. Even Tesla cars today, do not seem to be a very good and an effective option in terms of the form factor.

Another example of the use of Segaway can be small tour groups, who are too lazy to walk to move and as a rule, they use electric golf carts. Well, of course, you can also replace the usual wheelchairs.

How to operate the S-Pod chair?

Wheelchair users will find the system familiar. It uses a small joystick on the right side of the case. This option, of course, is not bad and seems optimal, but the company could come up with something more original based on motion sensors, similar to Motion Sense and Project Soli.

Segway’s design notes state that the chair was modeled after the gyroscope pods in Jurassic World, but it’s impossible to look at it without thinking of future humans zooming around, drinking their lunch from a cup.

In this article:driving chair, Segway