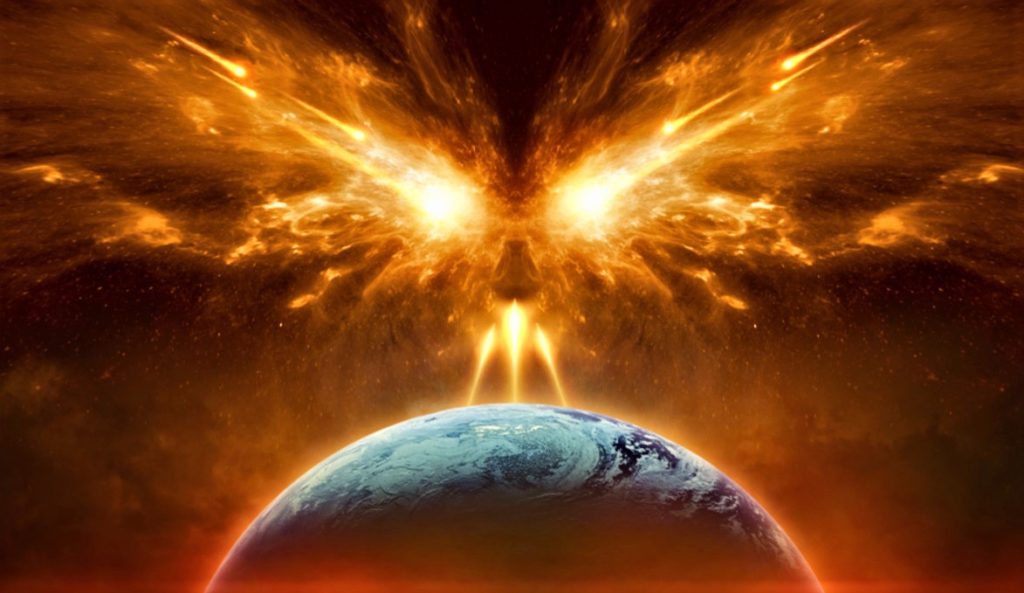 The year 2020 began in a somewhat moving way; from forest fires to a virus that could be deadly ..

All this makes us easily think about the beginning of the apocalypse. However, it is possible that this had already been predicted about 50 years ago.

Jeane Dixon was a well-known American psychic, well-known in the last century due to her astrology articles and predictions. Among these, the murder of John F. Kennedy stands out.

She was also credited with the predictions of the assassination of Martin Luther King, the early death of Marilyn Monroe and the launch of the first artificial Earth satellite.

In an article published in the magazine Parade Magazine of May 13, 1956, Dixon wrote that the 1960 elections would be won by a Democrat thanks to the worker vote. However, she also wrote that he would be killed or die fulfilling duties.

Obviously, this fact was so scandalous that it captured the attention of Richard Nixon, which led to her being taken to the oval office thanks to the invitation of the first lady and the secretary of the president, Rose Mary Woods.

The reason for the invitation was to know Dixon’s opinion about the Munich massacre, as President Nixon was somewhat paranoid about it.

However, Nixon was not the only one who paid attention to the visions of the psychic. According to different reports, she was also an advisor to Ronald and Nancy Reagan during her tenure.

But there is a prediction that caught the attention of the entire world. One that could be fulfilled during these times.

“The Call to Glory” is a book published in 1971 by Jeane Dixon, where he wrote that between the years 2020 and 2037, the second coming of Jesus will take place, and the “Battle of Armageddon” would take place this year.

Armageddon will come in 2020, when the false prophet, Satan and Antichrist rise and fight with man

Obviously many people discredit women since she had already predicted an end of the world in 1961, however, she was not so wrong at all.

The planet was about to enter a true nuclear apocalypse due to the Cuban Missile Crisis.

This is the reason why the tendency to promote a few correct predictions is called “Jeane Dixon Effect” while ignoring all failures. This term was first used by the mathematician John Allen Paulos of Temple University.

This did not stop Dixon or her believers and, until her death in 1997, there was a strong conviction about her powers.

The exact quote from the book written by Jeane Dixon that talks about a possible apocalypse for this year reads as follows:

We must realize our own talents and accept them. Play them as if they were a symphony in which all other instruments are harmonized to make a better universe.

When a vision begins to form, everything changes, including the air around me. I don’t seem to be in the same atmosphere. S
I feel a peace and love that are indescribable.

I am alone and nothing in the world can touch me. I feel that I am observing from a higher plane and I wonder how others cannot see what I see.

Dixon died at the age of 93 from cardiac arrest. According to rumors, before her death she said: “I knew that this would happen.”

Moreover, not only Discon predicted armageddon in 2020. Ufologists, astronauts and doctors also predicted the inhabitants of the Earth apocalypse 2020.

Nibiru will destroy the Earth in 2020

According to one version, earthlings will be destroyed by the mysterious planet Nibiru, which is often seen in the sky above our planet. However, it is not known for certain whether Nibiru actually exists, therefore the versions that Nibiru will destroy the Earth have not yet been proved.

According to experts in the field of space exploration, the huge asteroid 2006QQ23, which had previously flown near the Earth, us capable of killing all of humanity in 2020. If such an asteroid falls into the water, then a whole series of destructive tsunamis will arise and the end of the world in 2020 – is more than reality.

In turn, the doctors sounded the alarm, who drew attention to the fact that in 2020 people will begin to die en masse due to the influenza virus. According to medical forecasts, one of the subspecies of the virus has mutated, and it will be practically impossible to cope with the flu.

In 2020, the world financial crisis may also lead to the end of the world. Economists predict a collapse in oil prices and trade wars, which could lead to military conflicts and starvation.

Scientists came to this conclusion, because the speed of the Earth’s rotation catastrophically fell and continued to decrease.

So, based on data on a decrease in the rotation speed of the Blue Planet, the researchers calculated the very last day of the Last Judgement.

“The Earth stopped after a constant rotation is not accidental – this is a fateful day for the solar system,” – said a specialist in the study of space.

Advertisement. Scroll to continue reading.
In this article:apocalypse 2020, Jeane Dixon