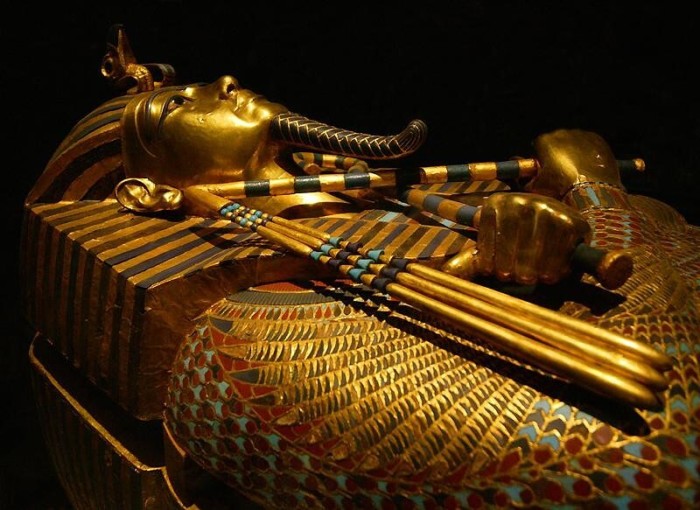 95 years ago, British archaeologist Howard Carter discovered the tomb – the first undiluted tomb – of the ancient Egyptian pharaoh Tutankhamun. That she was intact was clear from the very beginning: the door leading to her was sealed. Since the discovery of the tomb, despite numerous studies of the mummy, there are still many blank spots in relation to both Tutankhamun himself and the events associated with those who found him.

In 1906, the famous British archaeologist and Egyptologist Howard Carter began archaeological excavations in the Valley of the Kings. His expeditions were financed by Lord Carnarvon, an aristocrat and a wealthy amateur archaeologist. They managed to find several tombs, but all of them were also plundered.

What happened on November 4, 1926, became one of the most significant events in the development of historical science. During the excavations, it was possible to find the entrance to the tomb, which by all indications was not looted.

The entrance was open a few days later. Already in the first chamber, so many household items, adornments and valuables were found that it became clear: this is the first intact burial discovered by researchers. It took several months to inventory, export and study all the artifacts found in the first chamber.

It was the burial place of a pharaoh named Tutankhamun, one of the least known ancient Egyptian rulers. For a very long time, Egyptologists did not have any information about him, and many even believed that he did not exist.

In February, archaeologists unsealed the burial chamber. A massive gilded sarcophagus was discovered in it. Inside it were three smaller gilded sarcophagi. The last of them contained the pharaoh’s mummy with a magnificent golden burial mask.

The expedition was accompanied by reporters, so information about the most important historical find immediately appeared in the newspapers.

The main secret that accompanies the story of the discovery of the pharaoh’s mummy is the tragic deaths of the expedition members.

Three months after the opening of the tomb, Lord Carnarvon died unexpectedly in his prime. The most common version remains the following: in March, the lord was bitten on the cheek by a mosquito. A few days later, while shaving, he accidentally cut the wound. She became infected. Fever and pneumonia eventually led to the death of Carnarvon.

A month later, American millionaire George Gould, Carnarvon’s friend, who was also present at the opening of the grave, died. By the time the seals on the tomb were opened, Gould was already seriously ill: he suffered from pneumonia all winter and, in fact, came to Egypt in the hope of recovery – then pulmonary diseases were treated mainly by moving to a warmer climate. 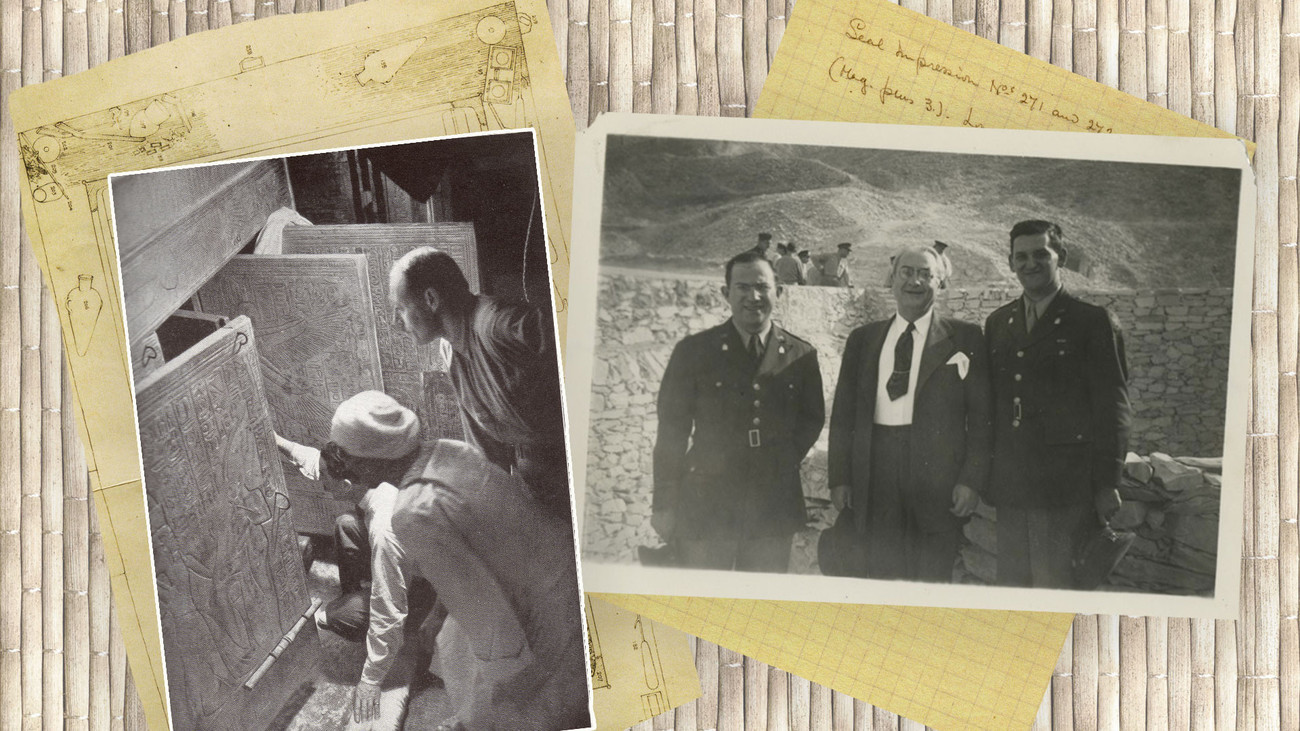 Two months later, a member of the Egyptian royal family, Prince Ali, who was present at the autopsy of the burial, was shot by his wife after a quarrel. After the third death in the press, hysteria began about the curse of the pharaoh. Yes, such that the fascist leader of Italy Benito Mussolini, having read the newspapers, ordered to remove the mummy he received as a gift from his residence.

Over time, the panic subsided, but each new death of a person, at least indirectly associated with the opening of the grave or the study of artifacts found in the burial, was presented as death at the hands of vengeful Egyptian spirits.

By the end of the 20s, the curse of the pharaohs had already turned into a stable legend that lived on its own and did not need to be reminded of it in the newspapers. This plot migrated to popular fiction and to cinema screens.

However, in addition to those who believed in the legend of the curse, there were also skeptics. They pointed out that most of the deaths of the expedition members were natural. A significant part of the archaeologists who took part in the excavations were no longer so young, the majority by the time of the excavations were over 50, and it is not surprising that some time after the excavations they began to die. 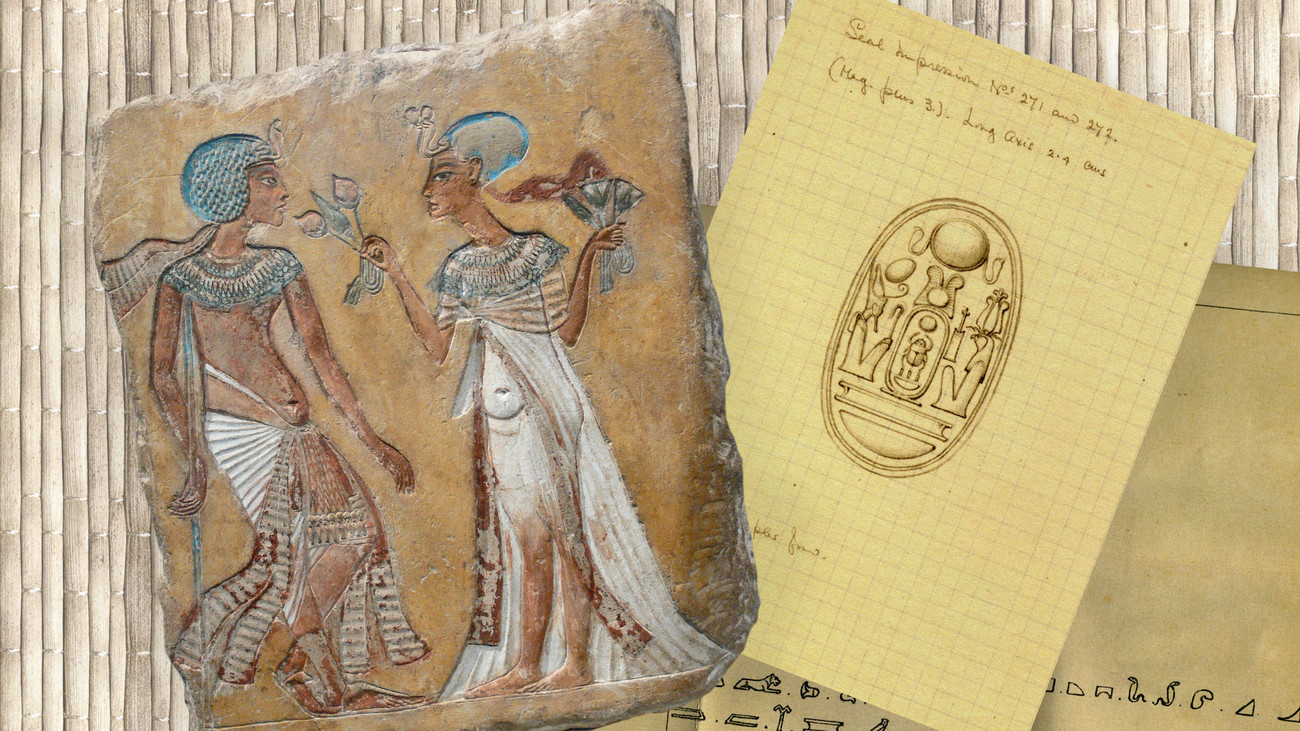 For example, the Egyptologist James Brastad, who deciphered the recordings in the burial chambers of Tutankhamun, died in 1935, when the scientist was 70 years old. The leader of the expedition, Howard Carter, who had denied the reality of the curse all his life, died in 1939 at the age of 64 from Hodgkin’s lymphoma, that is, 16 years after the opening of the grave. 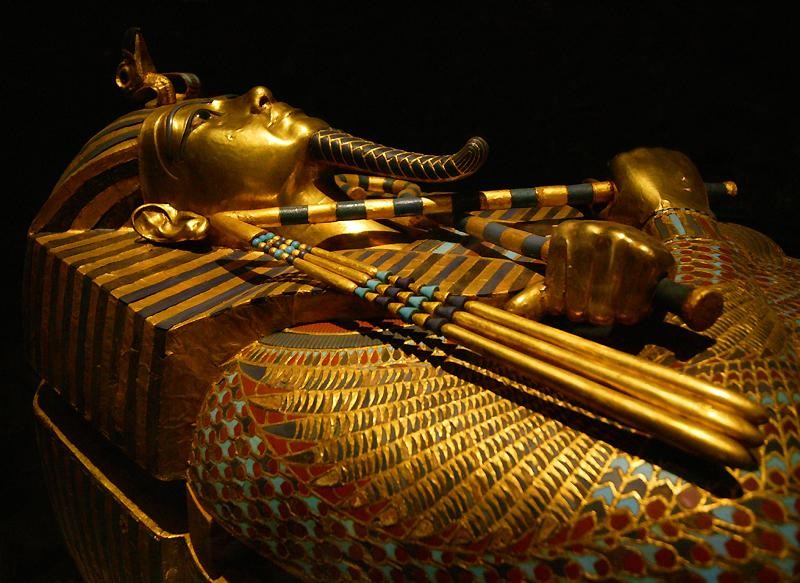 The main developer and popularizer of the legend of the curse of the pharaohs was the journalist and Egyptologist Arthur Weigal. The discovery of the pristine tomb was a sensational event, and all the leading newspapers sent their correspondents to dig. Weigal was recruited by the Daily Mail. However, Carnavaron gave the exclusive coverage to The Times.

Veigal harbored a grudge against Carnavaron and, after his death, unleashed a tantrum about the wrath of the gods, in addition, this story brought Veigal circulation and glory no less than if he had covered the opening of the tomb.

Parental Incest and the Mystery of Death

No less controversial is the identity of Tutankhamun discovered by Carter. For 95 years, the mummy has been investigated using a variety of methods, and during this time, what theories were not put forward by scientists on the issues of how the pharaoh looked during his lifetime, to whom he was married and why he died.

Tutankhamun ascended the throne at the age of nine in 1332 BC and ruled until 1323 BC. Having scanned the mummy and conducted hundreds of studies, scientists were able to recreate his portrait: Tutankhamun looked effeminate – he had thick hips and the likeness of mammary glands. In addition, he had a clubfoot and a congenital dislocation of one foot. Because of the latter, he was forced to walk with a stick. 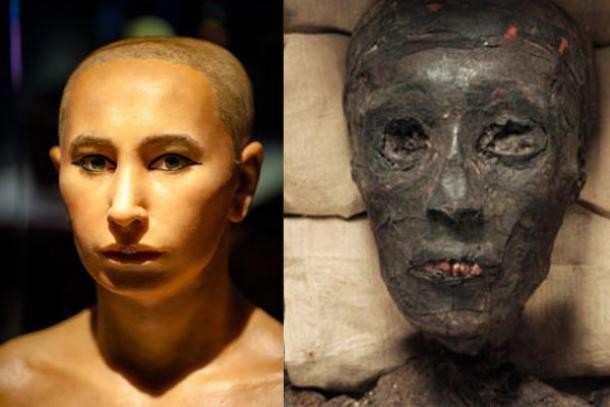 The results of the genetic examination of the mummy showed that the dynasty in which Tutankhamun was born ruled Egypt for 155 years. Scientists have confirmed that the father of Tutankhamun was Akhenaten, but the mother was not “one of the wives”, but Akhenaten’s sister. Perhaps the close family ties between father and mother led to the fact that Tutankhamun suffered from genetic diseases.

The researchers also concluded that the likelihood of Tutankhamun’s death from malaria is high. Pharaoh already had a very weak health, and this disease undermined him completely. 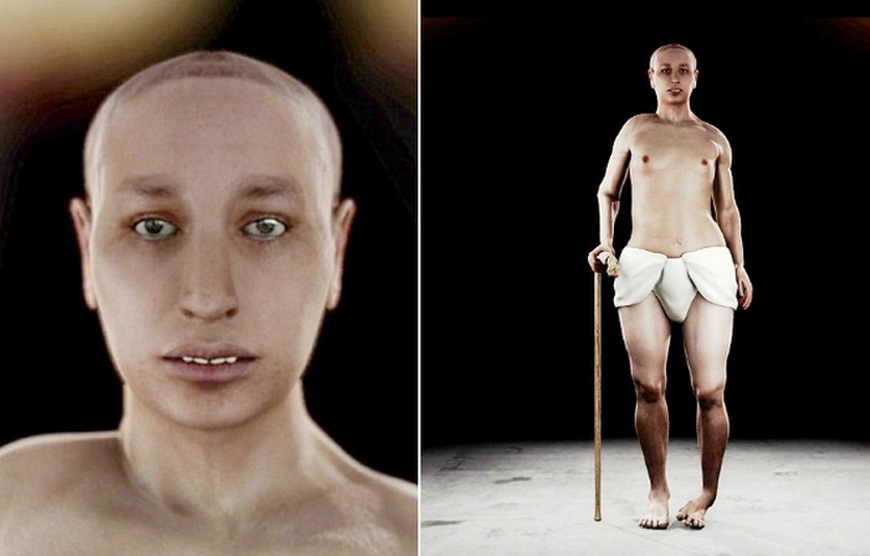 In addition to the version of the illness that led to death, British scientists using a three-dimensional computer model of the mummy found that a war chariot wheel had passed on the left side of the pharaoh’s body. From his injuries, Tutankhamun died on the spot.

The third version – about the murder – was adhered to by the professor at the University of Liverpool Ronald Harrison. He took about 50 X-rays of the head of the pharaoh’s mummy. The images clearly show that the bones of the skull are unusually thinned in the ear area. This gave reason to believe that it was in this place that one or even several blows were delivered. Professor Harrison refrained from unambiguous conclusions, however, the anatomical commission expressed support for the version of a violent death.

Scientists have suggested that Tutankhamun really received a blow to the temple with some blunt object. Perhaps he only stunned him. Then came the second blow, fatal for the pharaoh. However, other researchers argued that the blow was struck after the death of Tutankhamun. 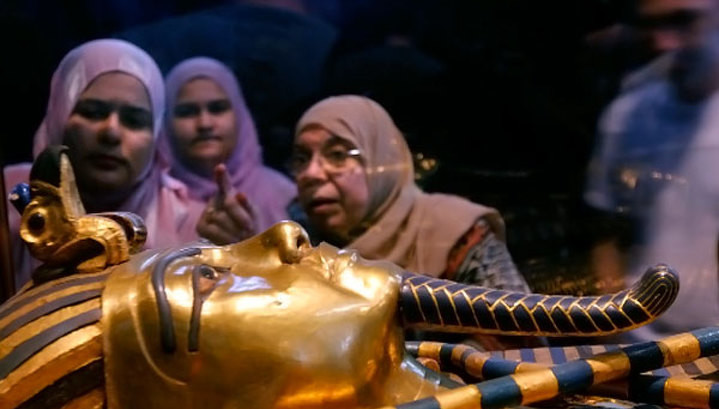 Two human embryos were found in the tomb of Tutankhamun. In 2008, scientists under the guidance of specialists from the University of Manchester conducted their research. In their opinion, it is highly probable that the female embryos are the children of the pharaoh. Embryos vary in size. The length of the first mummy is 30 cm, which corresponds to the embryo in the fifth month of development, the second – 38.5 cm (eight months of intrauterine development). Despite the difference in size, scientists speculated that both embryos could have been carried during the same pregnancy and were twins. DNA analysis showed that Tutankhamun was most likely their father.

There are hundreds of articles on the Internet with the headlines “Tutankhamun – Caucasian” The fact is that German and Swiss scientists carried out a genetic analysis of the mummy’s DNA.

Experts have compared the DNA of Tutankhamun and modern Europeans. And it turned out that many of them are relatives of the pharaoh. On average, half of European men are “pharaohs”. DNA was compared according to the so-called haplogroups – characteristic sets of DNA fragments that are passed from generation to generation, remaining almost unchanged. Relatives of Tutankhamun were “betrayed” by a common haplogroup called R1b1a2.

This pharaonic R1b1a2, so common among European men, is very rare among modern Egyptians. The share of its carriers among them does not exceed one percent. One of the researchers even suggested that the ancestor of the kings of Egypt and Europeans lived in the Caucasus 9500 years ago, then his descendants began to settle in Europe, some came to Egypt and became pharaohs. 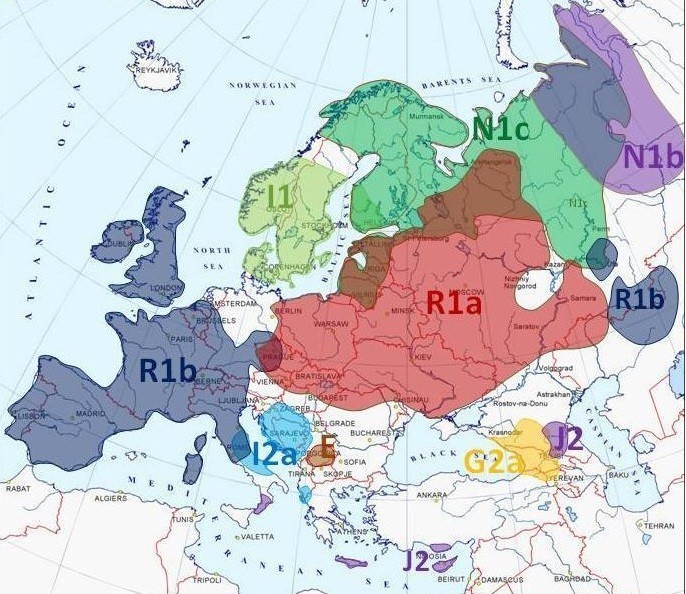 At the same time, the genetic analysis, as a result of which the pharaoh was declared the carrier of the haplogroup R1b1a2, was made by dubious people who do not belong to the scientific world. And even if we assume that the young pharaoh really belonged to R1b1a2, can he be called a Caucasian?

Probably not. This haplogroup is most common today in Western Europe, England, Spain and France. There are almost no speakers in the Caucasus. The haplotype testifies not to the Caucasian or European origin of Tutankhamun, but only to the fact that he and the Western Europeans had a common ancestor who lived somewhere 6000-8000 years ago. How and when exactly from Eurasia he got to Egypt – we can only guess.

Advertisement. Scroll to continue reading.
In this article:R1b1a2, Tutankhamun 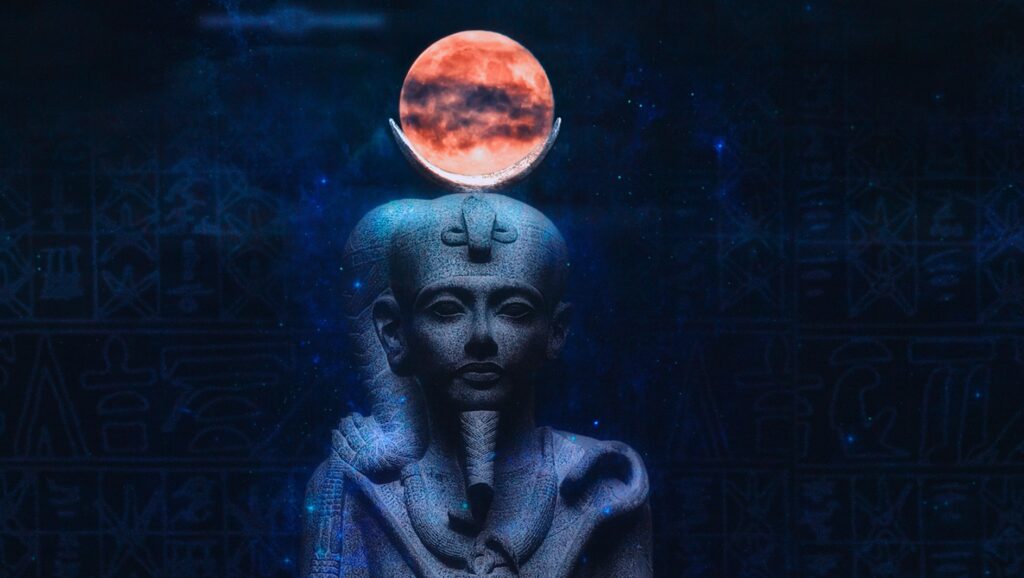 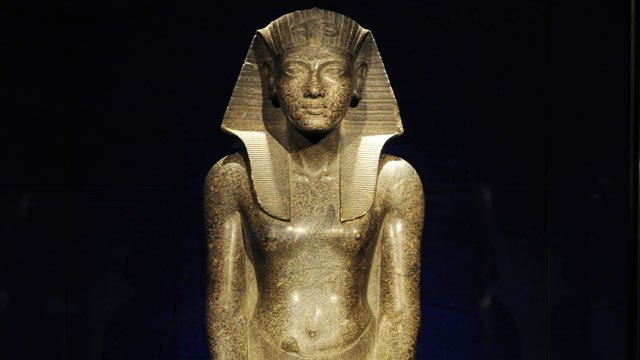 The mystery of King Tut’s death might finally be solved, according to one scientist who argues that the secret to the young pharaoh’s demise...