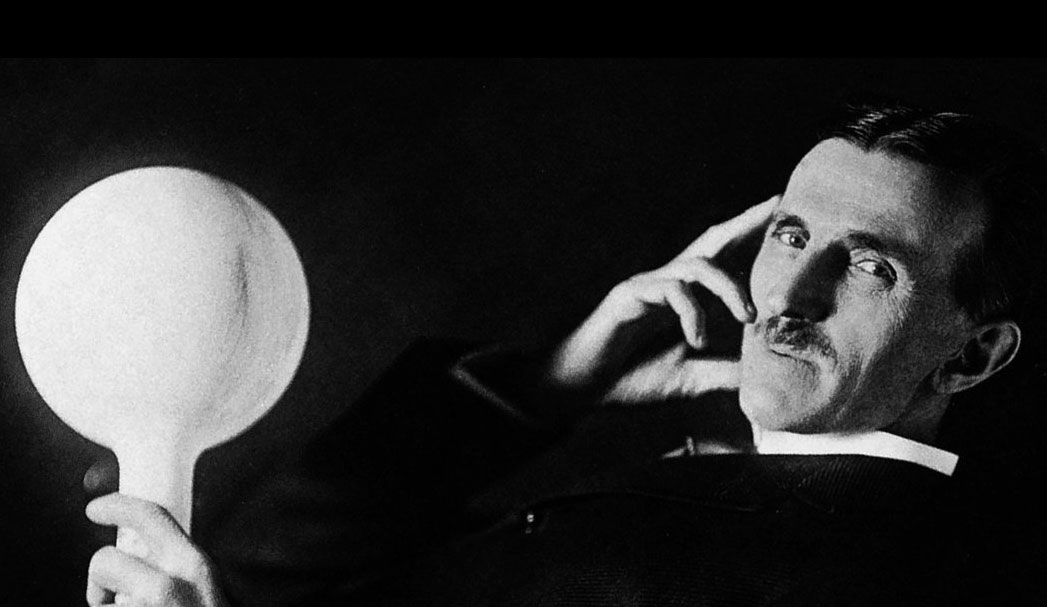 The man of the 20th century. Many might still not know who he was, but his name surely rings a bell, and they are certainly familiar with his incredible inventions.

Nikola Tesla is the man who had lit the previous century and bridged the gap leading into the next. With over 900 patents approved across his lifetime, we owe him everything from led lights, Alternating Current, Tesla Turbine, Tesla Coil, Radio And Remote Control, The Magnifying Transmitter, Neon Lamp, X-rays, Adams Power Plant Transformer House, Induction Motor, Electric Cars, Robotics, Laser, Wireless Communications and Limitless Free Energy, Artificial Tidal Wave to Electric-Powered Supersonic Airship or Death Beam and many, many others patents.

And these are all inventions on the surface, inventions that humans at that stage of evolution could grasp and understand.

However, few people know that Nikola Tesla had tapped into a source of unlimited energy, and was on the verge of handing the people of this planet a gift of free energy, until the powers that be had stopped him in his tracks.

The most important thing Tesla required in order to accomplish his plan was funding.

He was an inventor, not a businessman, so during his lifetime, he came across various hurdles that would hinder his progress towards the future he envisioned for humanity.

Even so, Tesla pursued his dreams until his final hour.

Not only he wished to give free, wireless energy to the world, he also wanted to establish long-lasting peace on earth.

For this goal alone, he designed the perfect plan: he would engineer a weapon so powerful that its energy bursts would “bring down a fleet of 10,000 enemy airplanes at a distance of 200 miles from a defending nation’s border and will cause armies to drop dead in their tracks.”

By constructing this tremendously powerful apparatus and distributing it to all leading nations, he would ensure that war would not make sense anymore since everyone would have an impenetrable offensive and defensive force.

Tesla thought that by selling his invention to the world’s superpowers, he would receive the funding required to carry on with his ultimate experiment of generating unlimited energy.

He initially reached out to J.P. Morgan Jr. by sending him a letter on November 29, 1934, at a time when war clouds were once again forming above Europe.

“I have made recent discoveries of inestimable value…The flying machine has completely demoralized the world, so much that in some cities, as London and Paris, people are in mortal fear from aerial bombing. The new means I have perfected afford absolute protection against this and other forms of attack.”

He then tried to persuade Prime Minister Neville Chamberlain of Great Britain. His proposal was diligently considered, but upon Chamberlain’s resignation, after Hitler had outmaneuvered him at Munich, the interest shown towards this anti-war weapon had plunged.

After several failed attempts to raise awareness of his superweapon and its capabilities, Tesla published a treatise in 1937 called “The Art of Projecting Concentrated Non-dispersive Energy through the Natural Media.”

The thesis offered viable technicalities about this all-powerful invention that, as Tesla claimed, “would put an end to all war.” The original document is preserved to this day inside the Nikola Tesla Museum in Belgrade.

After this move, Tesla had caught the attention of the Russians who expressed a great deal of interest towards his invention.

So, during the same year, Nikola Tesla had presented a more elaborate version of his plan to the Amtorg Trading Corporation, an alleged Soviet arms front in New York City.

In 1939, the year the second WW had begun, the first stage of this superweapon’s prototype was successfully tested in the USSR. To honor the agreement, Tesla received a check for $25,000 that would further allow him to fund his research.

Of course, Tesla had passed from this existence 4 years later, without seeing some of his most intriguing inventions being used on a large scale.

Although he had provided invaluable information about scalar wave technology, he kept most of his schematics inside his head, so when he passed away, he took his secrets to the afterlife.

However, the Russians who had previously bought some of his blueprints, as well as the U.S. who had extracted through the FBI whatever work Tesla kept in his Colorado Springs laboratory, have cracked most of his riddles as time progressed and have managed to weaponize the Tesla scalar wave effects.

After the atrocities of two world wars, and with an ever-expanding technological advancement, world leaders have started considering ways in which they could limit or put an end to global conflicts.

In 1975 during the SALT talks, Leonid Brezhnev, General Secretary of the Soviet Union at that time, had stressed that the development of new war weapons should be drastically limited because they have already become “more frightening than the mind of man had imagined.”

Needless to say, most of the weapons in cause pertained to Tesla. His superweapon, dubbed Teleforce, was fully operational under the Soviet Union as early as the 70s.

Now called the Saryshagan howitzer, the humongous tesla scalar interferometer was exactly as Tesla had described it.

It encompasses four modes of operation.

The technology behind Tesla’s weapons is nothing new to modern man. They fall in the category of directed-energy weapons or DEWs, which are long-range weapon systems that inflict damage at a selected target by emitting powerful focused bursts of energy. These emissions are either laser, microwaves or particle beams.

With such weapons at the disposal of world superpowers, it’s easy to understand why another WW hasn’t broken out by now.

With his daring plan to arm all nations with this superweapon, it appears that Nikola Tesla has reached one of his end-goals of establishing long-lasting peace between nations.

Now, we can only wait and see when the world governments will release Tesla’s ultimate secret of free energy.