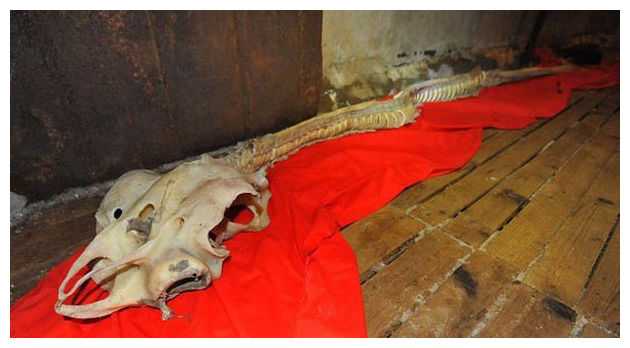 Many of the weird news sites are posting this pict. So, we might as well too. It’s not the crazy monster the sensational news tells you it it, it’s a really cool skeleton of a sea critter.

Skeleton of Enormous Sea Creature Pulled out of the Water in China (Before April 1) | RocketNews24.

A skeleton measuring 3.5 metres (11 feet 5 inches) in length has allegedly been discovered in waters off China’s Shandong Province.

The skeleton, which is believed to have a total of 153 joints, was found by fishermen in Qingdao on 28 March. Local camera crews and crowds of onlookers soon gathered to catch a glimpse of the strange creature, whose origins have yet to be confirmed.

There is also rumor that it is fake. But there is a good chance it’s perfectly real. Take a look at the video and it looks like a real creature. The bones appear to be well cleaned for display.

The most repeated answer seems to be frilled shark. This makes some sense considering the elongated serpentine body and flat head (lower jaw is missing). The video below has a short clip of the teeth which look needle covered leafs in plates for catching squid.

But one thing it’s not is a dragon. I’ve seen the original source of the video referred to as the equivalent of Fox News, a bit on the sensational side. Well, it’s really cool whatever it is but odds are it’s known. Frilled sharks are found in this region. 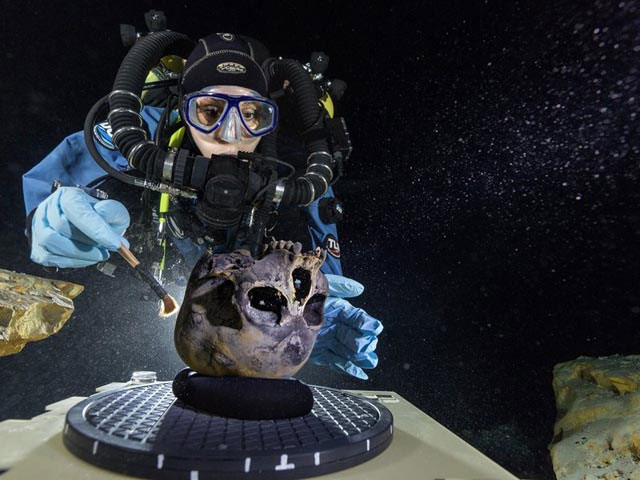 DNA From Incredible 12,000-Year-Old Skeleton Found: Who Were the First Americans?

By Mohi Kumar | Smithsonian  In 2007, cave divers discovered remains that form the oldest, most complete and genetically intact human skeleton in the...