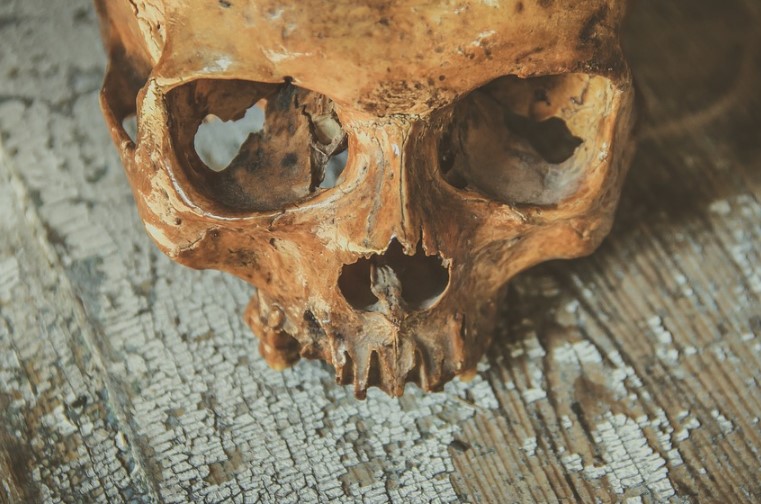 Some English families kept skulls in their homes, which, according to legend or documentation have a life of their own. Each skull screamed when its person’s dying wishes weren’t met. Once, they were respected, the skulls were silent.

Could it be ghosts? Could it be contrived tales meant to send shivers? Paranormal reality or fantasy? Below are some of the most famous English screaming skulls… Draw your own conclusions.

Ann Griffith, of Yorkshire, was murdered. Her dying wish was that her head be buried in her home. It wasn’t. Shortly after interment, strange noises occurred in the house. Her sisters suspected it was Ann protesting her wishes weren’t met.

The family exhumed the body, oddly, the skull was detached. They took the skull into the house. All was quiet. When the Boynton family inherited the house, they removed the skull. Disturbances began again. The skull was replaced in the house. The noises stopped.

Local legend is that Azariah Pinney brought a West Indian slave to Dorset. While the slave lay dying, he said he would haunt Bettiscombe until his body was buried in his native land.

He was interred in the local churchyard. People heard screams emanating from his grave and strange noises in the manor house. They stopped when the body was disinterred, but attempts to bury it resulted in the same phenomena.

Finally, the skeleton was lost, but the skull remained, so it was placed in the house. It stopped screaming.

The skull, called Dickie, is believed to belong to a woman who haunts Tunstead, near Chapel-en-le-Frith. The ghost first appeared in the late 1800s as an omen of the death of the tenant’s daughter.

Dickie allegedly guards the house by making noises and rappings when strangers approach, as a death omen of a family member and announcing animals’ births or illness. Once her skull was stolen and taken to Disley. There were rackets at both Tunstead and Disley.

The thieves were so scared that they returned it. Similar disturbances happened after the skull was buried in consecrated ground. As long as Dickie’s skull remains in the house, there are no phenomena.

This one, dating back to Edward VI’s reign, rests near Manchester. Legend: Roger Downes, dissolute family member who owned the house, got drunk, said he would kill someone and tangled with a watchman. His intended victim fought back and severed Downes’ head.

When people tried to burn or drown the skull in the moat, there were disturbances, primarily intense storms. Legend has been debunked and replaced by actual occurrences, according to a book about Wardley Hall’s history. Before the religious persecutions against Catholics, Francis Downes and his wife, devout Catholics, owned Wardley Hall.

Benedictine Monk, Dom Edward Ambrose Barlow, successfully eluded persecution by the authorities until met his fate on Easter, 1641. He was conducting a mass when he was seized, “tried” and executed.

His head was impaled. Downs took it to Wardley and secreted it so well that it wasn’t found until the mid 1700s when owner Matthew Moreton accidentally discovered it. A servant thought it was an animal’s skull and threw it into the moat.

That night, there was a terrible storm. Moreton thought it was the skull protesting and demanding to be returned to the house. He drained the moat, recovered it and put it back in the hall. All became quiet again.

Legends, frauds, flights of macabre fantasies? But, there are documented cases of paranormal phenomena being associated with objects, so why not a skull? Curious, eh?

In this article:haunted skulls, macabre fantasies