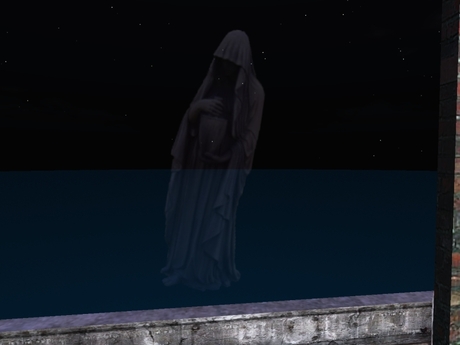 If you need more proof that tourism is the growth industry of the future, look no further than Scotland’s  whose council is considering erecting a statue honoring a hooded female ghost who haunts a lonely stretch of road and appears in cars driven by single young men. What fun!

“I thought at the time, ‘there’s no moon tonight’. When I looked around the White Wife was sitting in the seat next to me. She was transparent, grey and she smiled. I’ll never forget that smile. At the time it gee’d me a braa gluff, yes!”

If you understand those words, you’re probably from the Shetland Islands of far north Scotland where a unique Shetlandic dialect combining Old Norse (due to the islands being part of Norway until the 15th century) and Scottish is spoken (“braa gluff” means a grand fright). In an interview with The Shetland News, noted Unst fiddler Steven Spence was describing his own encounter with the White Wife of Watlee while driving alone from Baltasound to Uyeasound on the Watlee Brae (“brae” is a road with a steep grade) when he was gluffed to find a ghost sitting next to him. The spirit disappeared before he could say anything, but Spence knew the legend of the White Wife and was sure it was her. 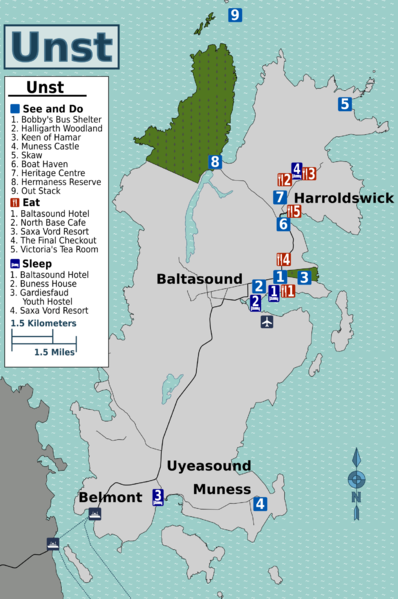 The Shetland News was interviewing guys with White Wife encounters after local artist Eric Burgess-Ray proposed building a life-sized statue of the hooded apparition and community council chairman Gordon Thomson agreed to sponsor it, seeing that it would make a great and “quirky” attraction that would draw tourists to the “island above all others” of the Shetland islands. According to the long-told legend, the White Wife of Watlee is the ghost of an elderly female who is looking for her son, usually near the Brig of Watlee (“brig” is a bridge). Not much else is known about the woman, why she haunts that particular stretch of road or how she or her son might have met the demise that doomed her to live on as a spirit.

“It’s just one of those things you cannot believe unless it happens to you.”

Unst resident Alan Hunter told The Shetland News of his own experience on the same road when an old grey woman appeared in the passenger seat of his car and stayed there for about mile before disappearing. Enough single men have seen the White Wife of Watlee that the nearby Valhalla Brewery (the UK’s northernmost brewery) offers a White Wife ale – “a light ale with a golden, clean finish. It’s dry, refreshing, bitter and characteristically fruity aftertaste.”

Eric Burgess-Ray wants his statue approved and on display in time to help this year’s tourist season because “people like a good ghost story.” However, Unst already has plenty to offer. Besides being the northernmost of the inhabited British Isles, it’s home to the remains of the Muness Castle, 60 Viking longhouses – three are being restored – and the Hermaness National Nature Reserve. It also already has a monument to the White Wife – a flat rock with a line drawing of her head on it. 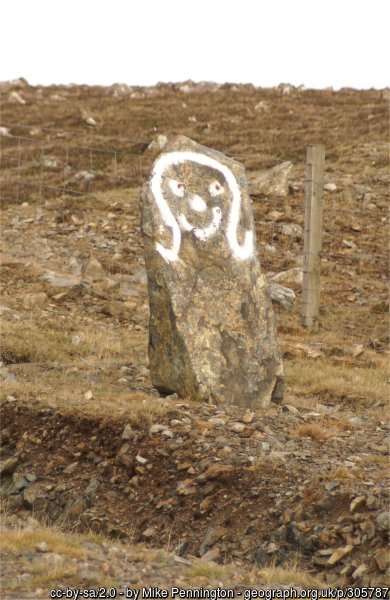 A rock? A ghost that appears in cars needs a better memorial than that. Let’s hope the White Wife of Watlee gets her well-deserved statue.

Advertisement. Scroll to continue reading.
In this article:Isle of Unst, White Wife