Scott Mardis recently posted the preceding comparative image on Facebook, and I thought that it was thought-provoking enough to be shared here. The paste-up compares features of the animal allegedly seen at Loch Ness in 1934 by Patrick Grant (at upper left), the long-necked and maned “sea giraffe” reported by the second officer of the H.M.S. Corinthian (at upper right), a drawing of a mata mata turtle (at lower left), and Scott’s drawing depicting a possible appearance of the skull-crested plesiosaur known as Umoonasaurus (at lower right). The barbels of the mata mata, the “beard” of the Patrick Grant animal, and the whiskers/beard of the Corinthian “sea serpent” are compared in this image. The tubercles of the mata mata, “horns” of the Patrick Grant animal, “ears” of the Corinthian “sea serpent”, and crest-ridges of the Umoonasaurus are also compared in the image. The aforementioned aspect of the comparison is what will be focused upon in this article.

Although I do not agree with Scott’s views in regard to these aspects, I did mention to him that his hypothetical Umoonasaurus reconstruction is similar to the “sea serpents” allegedly seen by Sir Arthur Rostron and Reverend James Joass. The unknown animal reportedly seen by Rostron while he was onboard the Campania had ‘very small ears’ on a head which ‘rose eight or nine feet out of the water’.1  Although the eyewitness sketch (shown below) is quite simple due to the lack of other details able to be seen by Rostron, it does show the pointy “ears” of the longneck. Sir Arthur Rostron was incidentally the man who saved more than 700 survivors of the Titanic among floating ice, and was likely trustworthy due to his position as chief officer of the Campania.1

The animal reported by Reverend James Joass was described as having ‘diaphanous and nearly semi-circular flaps or valves over-arching the nostrils,’ and is especially relevant to Scott’s reconstruction because Reverend Joass felt that it was a relict plesiosaur.1 As the alleged “sea serpent” ‘drifted along with the tide’ for some time before slipping under1, I can’t help but wonder if it was possibly the carcass of a basking shark with the horn-like pectoral girdle visible.

The suggestion of the “sea serpent” seen by G. Batchelor (the second officer of the H.M.S. Corinthian) off Grand Banks of Newfoundland, Canada as a plesiosaur is not a novel one. However, basing such a contention off of Batchelor’s sketch may be of error due to its obvious stylization. In fact, some researchers feel that the ‘fins’ which adorned the animals head may be part of a stylized mane.2 As mentioned in the article which I linked to previously, Dale Drinnon feels that the ‘fin-like ears’  of the “sea serpent” were part of a reptilian mane composed of long cutaneous filaments. However, I feel that these were genuine pinnae, as Batchelor does specify them as ears. In reference to the fact that the Corinthian animal was reported to have ‘large liquid blue eyes’1, Scott pointed out that alligators can have blue eyes. However, due to features of the report such as ‘long fin-like ears’, a body ‘like that of a monster seal or sea-lion with short water-smoothed fur’, and a tail ‘split into two large fins’, I think that the animal was more likely a pinniped than a reptile.1 As if these distinctly pinniped features aren’t enough, biological researcher Cameron McCormick sent an image of a blue-eyed sea lion (which is shown below) in reply to Scott’s pointing out blue-eyed alligators.

From erectile snorkel-like tubules on evolved plesiosaurs to pointy pinnae on giant elongate-necked pinnipeds, a variety of hypotheses have been formulated regarding the identity of the “horns” or “ears” which have been reported on “sea serpents.” Scott’s suggestion that these protuberances are synonymous with the tubercles of a mata mata or are flanged out forms of crest-ridges like those on Umoonasaurus is quite interesting and unique. Hopefully, the discovery of a type specimen for one of these elusive animals (if they exist) will confirm the true nature of these unconfirmed animals’ cranial protuberances. 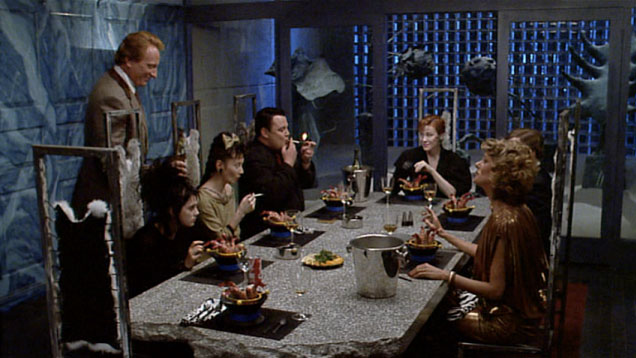 Can skepticism blind you to the truth ?

An odd experiment, done by a believer in paranormal phenomena, opens a few questions about how everyone perceives the world. We know that belief...