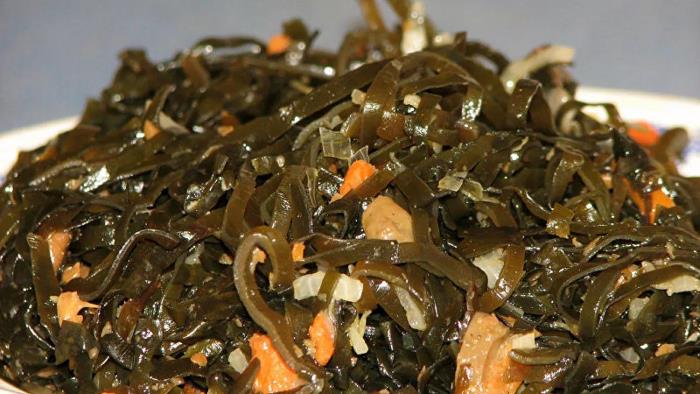 Danish scientists suggest that in the future, meat will be replaced by more healthy and environmentally friendly seafood – algae, shellfish and tiny fish. The research results are published in the journal Frontiers in Psychology.

Beef farming does not fit well with the concept of sustainable development adopted in Western countries. At the same time, not all people are ready to give up meat in order to preserve the climate.

Researchers from the University of Copenhagen studied consumer behavior in food choices and made a prediction of how it can be influenced and how to replace meat in the European food basket.

It is known that meat products have a special meat flavor, which the Japanese call umami. This taste is created by monosodium glutamate, and the human tongue has special L-glutamate receptors that pick it up. Product manufacturers make good use of this – monosodium glutamate is included in food additives of the E600 – E699 group.

At the same time, umami is present in the taste of some plant foods – walnuts, broccoli, tomatoes, shiitake mushrooms.

“A lot of people just crave the taste of their minds,” the study leader, Professor Ole G. Mouritsen of the Department of Food Science and Consumer Behavior, quoted a press release from the University of Copenhagen. a small amount of animal products such as meat, eggs and milk, along with vegetables. However, alternatives to juicy steak could be considered, of which there are many.”

The authors suggest looking for alternative sources of protein and healthy fatty acids among seafood, especially those with huge renewable reserves, but still not fully exploited. The researchers estimate that only sprat can meet 20 percent of Denmark ‘s protein needs.

“And sprat fishing will help avoid the over-exploitation of more well-known fish species such as cod, flounder and salmon,” explains the professor.

In addition to the sprat, there are many small benthic species of fish – gerbils, gobi, which can serve as a source of protein, as well as seaweed and cephalopods.

Scientists note that today, out of ten thousand types of algae, only 500 are used as food, despite the fact that they are incredibly rich in beneficial nutrients and vitamins. The picture is the same for cephalopods – about 30 out of 800 species are used for food in the world.

“It has a lot to do with our culture and traditions,” says Mouritsen. “It takes time to change our eating habits. We’ve eaten and cooked meat for over a million years. So while seaweed, squid and shellfish contain important fatty acids and vitamins and taste great, we are still reluctant to classify these species as food sources.”

“Sweetness signals the brain for calories and survival, while umami signals that we are consuming something good for the muscles. However, many seafood, seaweed and vegetables have their own great taste,” the scientist notes.

In particular, according to researchers, many vegetables develop a sweet and umami flavor during fermentation – this can be used to develop a rational diet for the future.

In this article:future food, umami