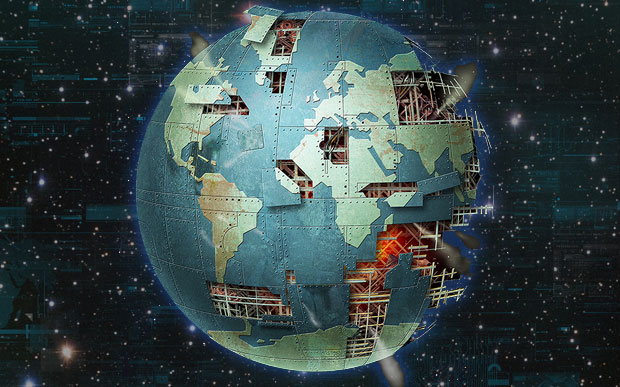 Scientists from around the world met this week to decide whether to call time on the Holocene epoch after 11,700 years and begin a new geological age called the Anthropocene – to reflect humankind’s deep impact on the planet.

For decades, researchers have asked whether humanity’s impact on the Earth’s surface and atmosphere mean we have entered the Anthropocene – or new human era.

“What we see is the urban phenomenon and the boom of China has a direct marking in the forms of the strata,” said John Palmesino, a London-based architect who has worked with the scientists to capture on film the impact of humans on the Earth.

“You can no longer distinguish what is man-made from what is natural.”

A group of geologists, climate scientists, ecologists and an expert in international law that have been conducting research since 2009, all met face-to-face for the first time in Berlin on Thursday and Friday to discuss the issue.

They appeared to agree it is time for a change of epoch.

“It is clear that, though we have differences about when it starts, it seems as a group that we were quite happy to say we are in the Anthropocene,” said Colin Waters, secretary for the working group and a geologist for the British Geological Society.

The geological timescale of the Earth, as defined by the International Geological Congress, is divided into units, the longest of which are periods, then epochs and ages. Scientists measure them by studying such things as fossils and rock layers.

The working group, being in no overdue hurry to make such a resounding decision, will report its conclusions in August 2016 to the International Geological Congress.

Berlin’s Haus der Kulturen der Welt (House of Cultures of the World) where the talks took place, is holding an exhibition of related artworks, videos and seminars until Dec. 4.

In this article:Anthropocene, New Geological Age