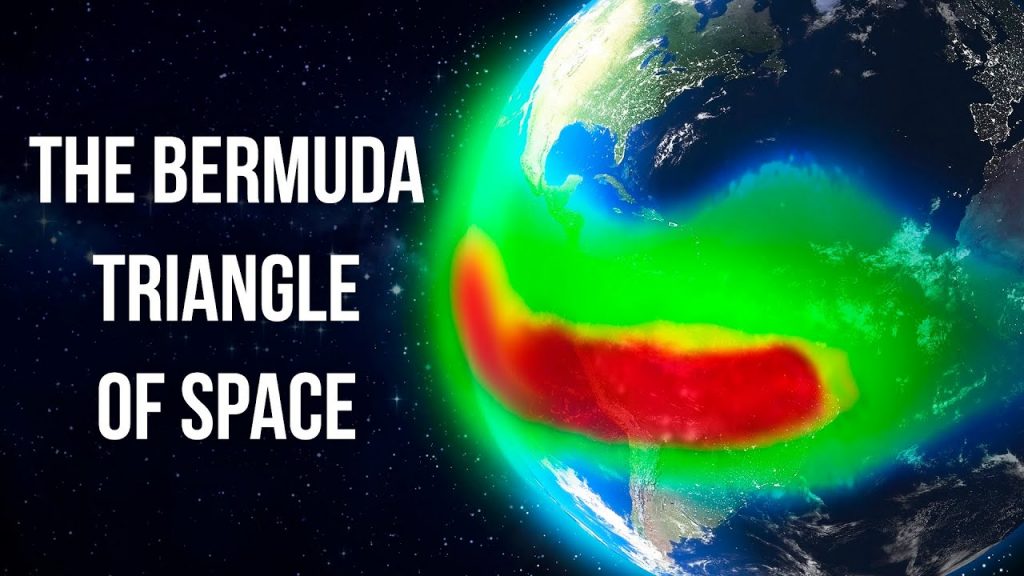 There is an unusual breach in Earth’s magnetic field, “the size of the continental United States,” over South America and the South Atlantic Ocean. When satellites pass through this anomaly, they find themselves in a radiation zone “more intense than anywhere else in orbit.”

This region, also known as the South Atlantic Anomaly (SAA) or the “Bermuda Triangle of Space,” is at a point where the planet’s magnetic field is particularly weak.

“I don’t like the nickname “Bermuda Triangle of Space”, but the region does have a lower geomagnetic field strength, which ultimately makes the satellites extremely vulnerable to radiation. To such an extent that spaceships can be seriously damaged when they cross this anomaly,” John Tarduno, professor of geophysics at the University of Rochester said.

Usually, the Earth’s magnetic field protects the planet, starting from an altitude of one kilometer to 60 thousand above the surface. But in the SAA, satellites are being actively bombarded by protons, the energy of which exceeds 10 million electron volts, Express writes.

In the early days of the ISS, the anomaly caused the astronauts’ computers to malfunction, forcing the crew to shut down their onboard systems. Astronauts also suffered from radiation. Some reported seeing strange white dots in front of their eyes. Since then, scientists have taken all measures to protect them.

Several years ago, the Japanese satellite Hitomi fell in orbit from this area. A little over a month after the launch in February 2016, the operators lost contact with the device. Experts later discovered that the problem arose from the spacecraft’s inertial reference block reporting 21.7 degrees per hour rotation when it was actually stationary. When the control system tried to counteract the nonexistent rotation, the satellite went out of order. All this happened while the satellite was moving through the SAA.

According to NASA scientists Weijia Quang and Andrew Tangborn, the anomaly not only migrates west, but continues to grow in size. In five years, this area could grow by 10% compared to 2019 values. Julien Aubert, of the Paris Institute of Earth Physics, said more research is needed for final conclusions. However, she warned that it is impossible to predict the evolution of the Earth’s core for several decades ahead.

Advertisement. Scroll to continue reading.
In this article:geomagnetic field, Radiation

A SOLAR storm is expected to close out the Easter weekend with a bombardment of solar particles set to hit our planet on Easter...