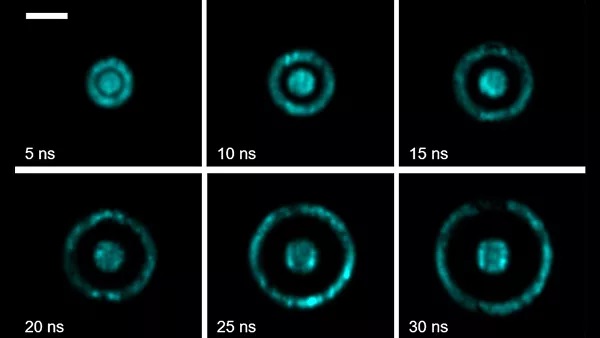 American scientists have perfected the fastest camera in the world in order to capture transparent objects and invisible processes such as shock waves or laser pulses. The description is given in the journal Science Advances. The Caltech scientific team has manufactured a camera that literally captures the invisible, at a billion frames per second

Scientists continue to push the limits of what cameras are capable of.

As a newly developed ultrafast photography device (pCUP), it is capable of capturing an impressive billion frames per second.

That’s amazing, but it’s not a record, because some of the same researchers developed a camera that can take 10 billion shots per second in 2018.

However, this new camera also has another party trick: it can capture transparent objects and other invisible phenomena with the naked eye, such as shock waves.

While this incredible technology will not be very useful for your holiday photos or Instagram selfies, it promises to have a variety of scientific uses in physics, biology and chemistry.

The camera works using the innovative technique used in the 2018 model, where measurements of light intensity are combined with a static image and some advanced mathematics to produce all those frames.

New this time is an additional ingredient, phase contrast microscopy: this is an older photographic technique in which changes in the relative positions of light waves as they pass through different densities become changes in the bright.

“What we have done is to adapt standard phase contrast microscopy to provide very fast images.”

“This allows us to obtain images of ultrafast phenomena in transparent materials,” says electrical engineer Lihong Wang of the California Institute of Technology (Caltech).

Phase contrast microscopy was invented by Dutch physicist Frits Zernike in the 1930s, and clings to the way light changes speed as it passes through the materials.

These changes in speed make materials such as glass much easier to detect with this technique.

As for the newest part of the technology, the Caltech team calls it ultrafast compressed lossless coding technology (LLE-CUP).

This marks the next generation of Streak cameras, devices that capture an entire event at once in a way that allows the time of light waves to be recorded.

Now, he has combined an improved form of this configuration with microscopy that filters out the scattered light to map the changes that the human eye cannot see.

With increasingly sophisticated scientific cameras, they are leading to new discoveries about the world around us, whether to take snapshots of the human body or to record quantum entanglements.

Here, the researchers successfully captured the movement of a shock wave through water and a laser pulse through a crystalline material.

According to the researchers, their camera could be used for more purposes in the future, as it can be combined with several other existing optical imaging systems.

It could, for example, eventually allow scientists to capture the way flames expand in combustion chambers, or record the signals that travel through neurons on a microscopic scale.

“As the signals travel through the neurons, there is a tiny dilation of the nerve fibers that we hope to see,” says Wang.

“If we have a network of neurons, maybe we can see their communication in real time,” he concluded.

In this article:invisible phenomena, ultrafast photography