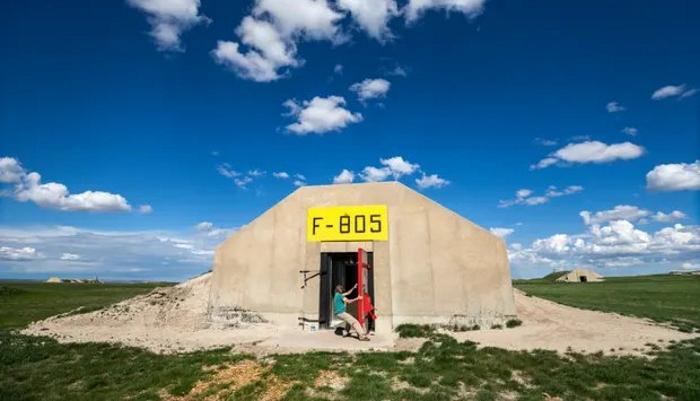 The study, which refers to the “dangerous state” of industrial civilization, puts New Zealand in the first place for resilience.

New Zealand, Iceland, UK, Tasmania and Ireland are the best places to survive in the event of a global social collapse.

The researchers said that human civilization is “in perilous condition” due to the developed highly interconnected and energy-intensive society and the resulting environmental damage.

According to scientists, the collapse can occur as a result of shocks such as a severe financial crisis, the aftermath of the climate crisis, destruction of nature, an even worse pandemic than Covid-19, or a combination of both.

To assess which countries would be most resistant to such a collapse, countries were ranked according to their ability to grow food for their populations, protect their borders from unwanted mass migration, and maintain an electrical grid and some productive capabilities. The islands, located in regions with a temperate climate and mainly with a low population density, were in first place.

The researchers said their study highlighted factors that governments need to improve to increase resilience. They noted that a globalized society that values ​​economic efficiency is detrimental to sustainability and that there is a need to have back-up capacity in the food and other vital sectors.

“We were not surprised that New Zealand was on our list,” said Professor Aled Jones of the Institute for Global Sustainability at England Ruskin University in the UK.

“We have chosen that you have to be able to defend the borders and the places have to be moderate. In retrospect, it is safe to say that large islands with complex societies on them are already on the list.

We were quite surprised that the UK came in third. It is densely populated, traditionally outsourced production, has been slow to develop renewable technologies, and currently produces only 50% of its own food. But it has the potential to withstand shocks.”

The study, published in the journal Sustainability, states:

“The world-wide, energy-intensive industrial civilization characteristic of the modern era is an anomalous situation when viewed against the backdrop of much of human history.”

The study also says that due to environmental destruction, resource constraints and population growth:

“The scientific literature paints a picture of human civilization in a perilous state, with great and growing risks in many areas of human activity.”

Locations that did not suffer from “the most egregious consequences of the collapse of society and therefore managed to save a significant population” were called “lifeboats in case of collapse,” the study said.

New Zealand has been found to have the greatest potential to survive relatively unscathed thanks to geothermal and hydroelectric power, an abundance of agricultural land and a low population density.

“As you start to see these events happening, I become more concerned, but I also hope that we can understand more quickly than in the past that pandemic resilience is important. “if we do not lose this momentum, I may be more optimistic than in the past.”

He said the coronavirus pandemic has shown governments can act quickly when needed.

“I wonder how quickly we can close borders, and how quickly governments can make decisions to change things.”

“Striving to keep the economy running on time and becoming more efficient is not what is needed for sustainability. that you have spare capacity.”

“We need to start thinking much more about sustainability in global planning. But of course the ideal is to avoid a rapid collapse.”