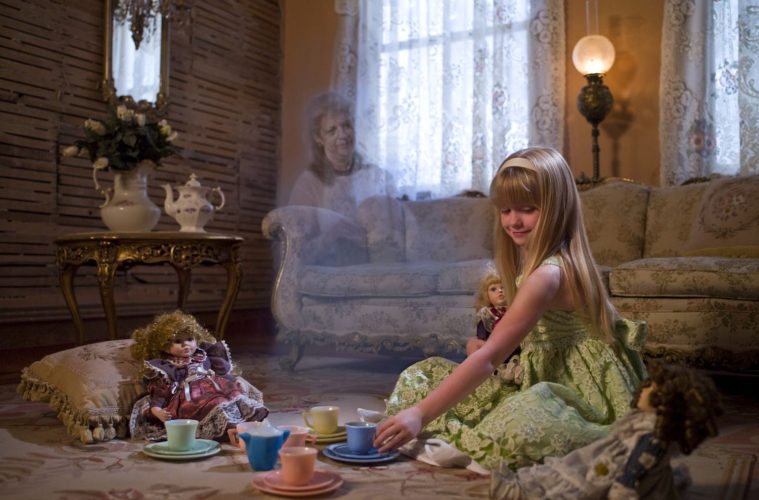 Arjun Walia
Mediums are individuals who claim to experience communication with the deceased. Throughout history, mediums have been subjected to much skepticism and ridicule. Things are a little different today as science continues to move forward and explore the mysteries surrounding the metaphysical.  Science is constantly evolving, and in some cases returning to what was once already known.
The scientific investigation of mediumship started approximately 150 years ago. Members of the British and American Societies for Psychical Research studied it heavily, which involved many prominent physiologists, psychologists and scientists. Today, most ‘psychical’ research is largely classified, and its findings remain classified within the Department of Defence, you can read more about that here.Within the past few years, scientific research on mediumship has gained more popularity. This could be due to the fact that recent research has confirmed that mediumship is not associated with conventional dissociated experiences, psychosis, dysfunction, pathology or over-active imaginations. (2)  In fact, a large percentage of mediums have been found to be high functioning individuals. (3)

“Most prior research on this phenomenon has focused on whether mediums can genuinely report accurate information under blinded conditions, and whether their personalities deviate in significant ways from population norms. But little is known about their physiological and electrocortical processes. Scientists have long proposed and used electroencephalography to study mediums in trance (deeply dissociated) states (Prince, 1968; Mesulan, 1981; Hughes and Melville, 1990; Oohashi et al., 2002; Hageman et al., 2010), but to our knowledge mental mediums who do not experience trance states have not been studied using these techniques.”  (1)

A team of researchers, including scientists from the Institute of Noetic Sciences (IONS) published the very first paper on mediumship in the Journal Frontiers in Psychology. (1) Paul Mills at the University of California, San Diego, and Julie Beischel as well as Mark Boccuzzi at the Windbridge Institute teamed up with Arnaud Delorme, Dean Radin and Leena Michel at IONS to design and conduct a study to collect psychometric and brain electrophysiology data from six individuals. They had all previously reported accurate information about deceased individuals under double-blind conditions. Correlations between the accuracy of mediums’ statements and their brain electrical activity were examined, and the differences in brain activity were studied when they intentionally evoked four subjective states: perception, recollection, fabrication and communication.

Each participant performed two tasks with their eyes closed, in the first one the participant was given only the first name of a deceased person and asked 25 questions about them. After each question, the participant was asked to quietly perceive information that was relevant to the question for 20 seconds and then respond verbally. Each response was recorded and then scored for accuracy by individuals who knew the deceased persons.Out of the 4 mediums, the accuracy of 3 of them was significantly above chance, and the correlation between accuracy and brain activity during the 20 seconds of supposed communication with the dead was outstanding. Researchers discovered that brain activity during the 20 seconds of silent mediumship communication was significant in the frontal theta for one participant.(1)

In a second task, participants were asked to experience four different mental states for 1 minute each.

During this task, each mental state was repeated three times, and statistically significant differences were obtained through electrocortical activity among the four conditions by all six participants, primarily in the gamma band, which are the fastest brainwave frequencies ever recorded.(1) It’s important to note that differences were not only found in the gamma band, but the theta and alpha frequency bands as well.

Brain frequency states like gamma have long been associated with meditative trance states.(6) A brain operating at this frequency is also observed in lucid dreamers. It suggests that when an individual is in this brain frequency range, they are utilizing more of their brain. Human beings use a small percentage of their brain, and the fact that we utilize more of it when we enter into altered states of consciousness like meditation, lucid dreaming or trying to communicate with the dead is intriguing. It suggests that we are more alert, aware and attentive in these states. (5)

A few prior studies have examined electrophysiological data and neuroimaging results of claimed mediums, or shamans in trance states. This study, however was the first EEG study of mental mediums who do not experience communicating with the dead as a trance, meditative type state.

All of this might be difficult to understand, but the differences in brain activity suggests that communicating with the deceased may be a mental state that’s distinct from ordinary thinking. They concluded that correlating accuracy with electrocortical activity qualifies as a “robust” finding. The results showing differences in gamma power bands between different mental states confused the researchers, because they observed that the gamma difference also correlated with eye and muscular activity. Researchers concluded that the experience of communicating with the dead may be a distinct mental state that is not consistent with brain activity during ordinary thinking or imagination. It’s good to see that there are researchers and scientists out there keeping an open mind to these possibilities, and are exploring more areas of this phenomenon.

“The results (and researchers) don’t point to this as definitive proof of mental communication with the deceased, but the accuracy ratings in the first task and the unique brain activity measured in the second certainly call for further inquiry into this still quite under-studied phenomenon in the scientific literature.” (4)

Advertisement. Scroll to continue reading.
In this article:lucid dreamers, talking to the dead