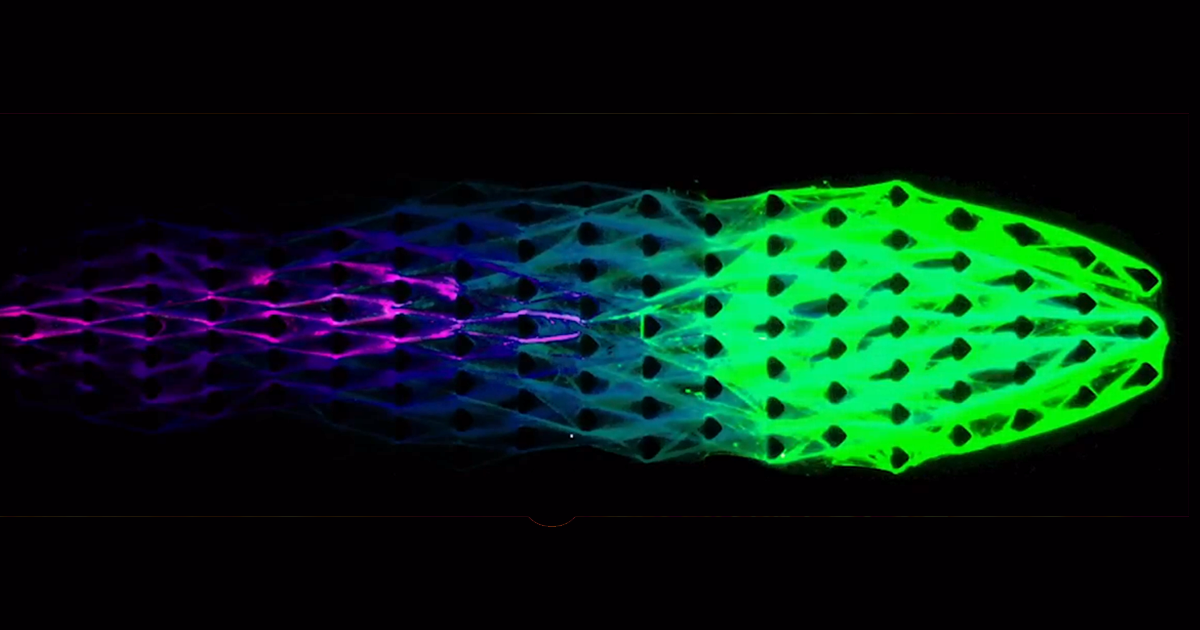 Scientists just got one step closer to creating living machines — or at least machines that mimic biological life as we know it.

A new biomaterial built in a Cornell University bioengineering lab uses synthetic DNA to continuously and autonomously organize, assemble, and restructure itself in a process so similar to how biological cells and tissues grow that the researchers are calling “artificial metabolism,” according to research published in Science Robotics last week.

We Can Regrow It

It’s clear that the scientists are dancing around the idea of creating lifelike machinery. They stop short of straight-up claiming that their metabolizing biomaterial is alive, but the research begins by coyly listing the characteristics of life that the material exhibits — self-assembly, organization, and metabolism.

“We are introducing a brand-new, lifelike material concept powered by its very own artificial metabolism,” Cornell engineer Dan Lui said in a university-published press release. “We are not making something that’s alive, but we are creating materials that are much more lifelike than have ever been seen before.”

The biomaterial mimics a biological organism’s endless metabolic cycle of taking in energy and replacing old cells. When placed in a nutrient-rich environment, the material grew in the direction of the raw materials and food it needed to thrive — not unlike how a developing brain’s neurons grow out in the direction of specific molecules.

Meanwhile, the material also let its tail end die off and decay, giving the appearance of a constantly-regrowing slime mold traveling around toward food.

While the little bio-blob isn’t alive, it does appear to move and grow like a living thing, suggesting that scientists are blurring the line between life and machine more and more.

In this article:artificial metabolism, living machines