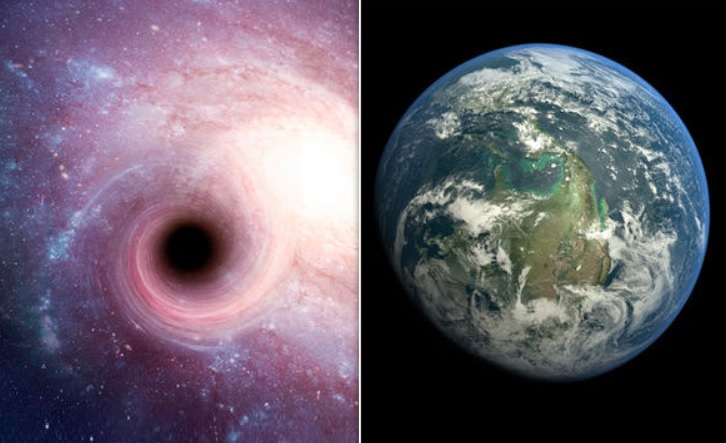 Mathematician, geophysicist and astronomer Edmond Green, who once worked for one of the research teams of NASA, is convinced that there is a real black hole in the center of the Earth.

According to the opinion of an alternative researcher, this is precisely the reason for the incredibly high temperature of the Earth’s core and, as a result, intense volcanic activity on the surface of our planet throughout its existence.

The bold theory put forward recently by a scientist was supported by another former NASA employee, astrophysicist Louise Riofrio.

She argues that the black hole in the center of our “blue ball” probably has dimensions no larger than a grain of sand, but its mass is comparable to the mass of the Moon.

This, she claimed, led billions of years ago to the creation of a “shell” of cosmic material, that is, the origin of the Earth.

If believe the hypothesis of Riofrio, the tiny size of a black hole does not allow it to destroy the planet, but the energy of the interaction of the hole with the earth’s matter leads to a constant heating of the nucleus.

In addition, it is allegedly responsible for the magnetic field of the celestial body in which we live.

“Humanity should not be afraid of black holes. Our planet simply could not exist without it. I am sure that in the distant future, black holes will become a powerful source of energy for people, and much more revolutionary than nuclear energy, discovered in the last century.”

At the moment, Edmond Green and Louise Riofrio are planning to combine their efforts to study this hypothesis in order to find answers to questions about how the Universe, the Solar System and the Earth itself were formed.

Both theorists believe that they can permanently change our understanding of space.

In this article:black holes, origin of the Earth