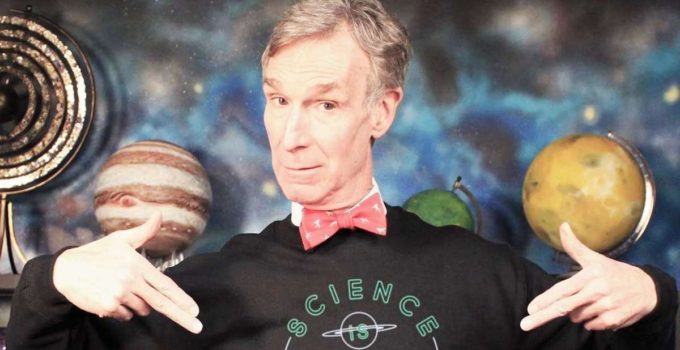 Did you know that there was a shocking study published in the Public Library of Science Journal, that found“up to 72%” of scientists admitted their colleagues were engaged in “questionable research practices,” and just over 14% of them were engaged in outright “falsification”?[1]

But it gets even worse; scientists at the Thousand Oaks biotech firm Amgen, set out to double-check the results of 53 landmark published studies in their fields of cancer research and blood biology. What they found was shocking; only 6 of the 53 studies could be proven valid. That’s means almost 90% were flawed, yet passed off to the public as fact. [3]

In other words, there’s a lot of scientific bullshit floating around my friends.

This becomes especially concerning when we consider how “science” seems to have replaced organized religion as the new authority that should blindly be obeyed in many ways. People speak of it as if it is infallible, and anyone who questions the high priests of science are generally attacked, degraded, and dismissed as modern day heretics.

But science, just like any religion, is not a god that only speaks unadulterated Truth. It is far from being infallible and is constantly in need of being updated, upgraded, challenged, revised, and changed, for the simple fact that science is subject to the narrow confines of mankind’s tiny flawed human perception; which is forever growing and expanding — and easily skewed by things like prejudice, pride, and corruption.

In and of itself, science is obviously inanimate and can do neither good nor bad because it has no mind of its own. It is not a person, so we need to stop talking about science like it is a super hero. It is simply a vehicle that requires a driver, and the destination obviously differs from one driver to the next. While some may have the earnest pursuit of objective Truth in mind, most can be corrupted by the pursuit of money (such as Iowa State University professor Dong-Pyou Han who is now sitting in jail for his AIDS vaccine fraud), the want of fame, or simply personal prejudice and egotistical pride. And to help remind people why they should not blindly trust “science” — or any other body of purported knowledge for that matter — I decided to write this short article on how scientific bullshit has been used throughout history to manipulate our perceptions and beliefs.

More than half a century ago, big tobacco used science as a weapon to convince the naive and gullible about the safety of their cigarettes. A number of different medical organizations and journals, including the New England Journal of Medicine and the Journal of the American Medical Association (JAMA), were indeed on the payrole of Big Tobacco and helped to promote their agenda through the promotion of flawed “science”. Notice the key persuading phrase in the above advertisement; “…the final results, published in authoritative medical journals, proved conclusively that when smokers changed to Philip Morris, every case of irritation cleared completely or definitely improved.”

Similarly, the sugar industry hired a group of Harvard scientists to hide the link between sugar and heart disease in the 1960s, and the International Sugar Research Foundation (ISRF) suppressed a study that showed sugar could potentially increase the risk of bladder cancer.

This is something we all need to understand my friends; our global society is run as a business, not as a non profit organization that values human life. And this means that any line of profession can easily be corrupted by money. Unfortunately our problems are systemic and have their roots in this painfully flawed paradigm.

In more recent history, the Bush Administration got caught manipulating science to conform to their agenda. Big oil has likewise bribed scientists to parrot their narrative. Similarly, biotech giant Monsanto and the United States Environmental Protection Agency (EPA) have also been caught engaging in this unethical practice together. This is not the first time Monsanto has been caught acting in this manner either. In Canada, a group of scientists testified that the GMO giant offered them a bribe of $1-2 million, and in Indonesia they were fined for engaging in bribery of a government official as well. Another biotech giant, Syngenta, hired scientists to discredit professor Tyrone Hayes, who conducted research that found out their herbicide Atrazine posed health risks to the population. Merck was taken to court by two scientists that claimed the Big Pharma giant manipulated tests concerning their mumps vaccine’s efficacy.

Coca Cola was also caught paying scientists (to the tune of $132.8 million) to downplay the severity of consuming their sugary drinks, and other unhealthy products. In fact, corporations do this all the time. A perfect example, is a study conducted by the University of Colorado that claimed that diet soda was better at promoting healthy weight loss than water. Unsurprisingly, this study was funded by the soda industry. Another study claimed that children who ate candy weigh less than children who don’t, and are less likely to be obese. This, unsurprisingly again, was funded by a trade association representing candy giants Butterfingers, Hershey and Skittles. Today, a number of questionable practices in the name of science continue. Sadly, the manipulation (or incompetence) of science is something that most likely will never be truly eliminated from society because it is rooted in human fallibility and corruption. This is not to say that the concept of science does not serve an important purpose, because it certainly does;  I personally use scientific methods and principles daily in my life, and even relied on scientific research to highlight corruption within the scientific community in this blog. But this was written specifically to remind us all that “science” can be used to deceive us — has been used to deceive us — and should always be questioned as a result. Scientists obviously need money to conduct their research, and corporations who place material profit above human life have plenty of it. The hand that gives usually controls the hand that takes.

Until we design a system that promotes unadulterated education, more than it does propaganda and ignorance; and rewards integrity more than the willingness to do anything for “money,” this type of pathetic human behavior will persist for obvious reasons.

All my work is open source and I encourage it to be reproduced. I only ask that you give me credit, and include my social media profiles as listed in the EXACT FORMAT above, in an effort to help me build a formidable following of people truly intent on learning and creating positive change. If you are not willing to do that, you are NOT permitted to use my work.

In this article:Exposing Corruption, featured