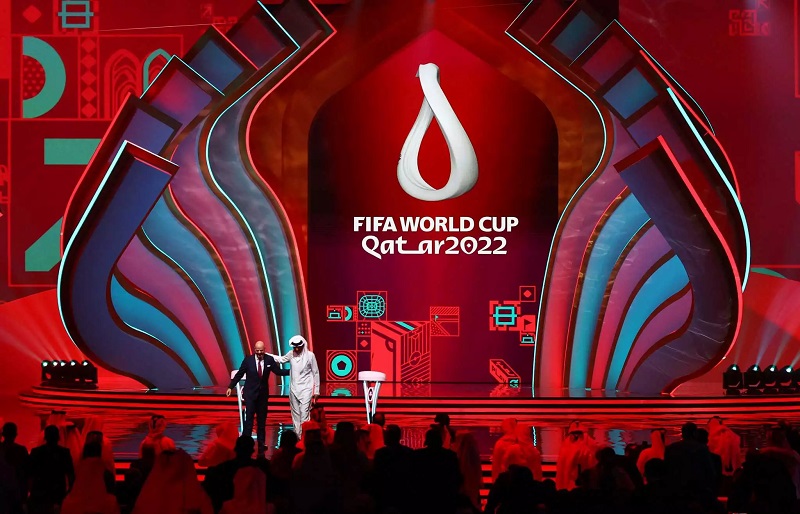 How much is the victory of the host country worth in the premiere of a World Cup? It is priced at $7.4 million by the emirs of Qatar, an amount that, according to very serious allegations, was offered to eight players of the Ecuadorian national team to lose 1-0, with a goal in the second half, in the opener on Sunday.

If it was another World Cup, in a country with a football education, the premiere would have already been blown up, the prosecuting authorities would have dismissed the complaints, the Justice would have intervened. The national teams participating in the tournament and the billions of football fans watching the matches on television would be sure of the credibility of the event.

But we are talking about the World Cup in Qatar, an event that for years has been marred by financial scandals, bribes and thousands of fatal labor accidents involving economic migrants. The bribery of the Ecuadorian players is just another episode, although the game will go ahead as usual on Sunday.

We need to go back 12 years to find the first fragments of corruption related to the World Cup that starts on the 20th of November. In fact, these are identified even before the event is held in Qatar.

In November 2010, the then president of France, Nicolas Sarkozy, hosted a dinner at the Élysée, attended by Michel Platini, who was president of UEFA, and the then crown prince and current emir of Qatar, Tamir bin Hamad al-Thani, among others.

Although none of them admitted the slightest, Platini suddenly changed his vote to Qatar, having previously been a fanatical supporter of the US candidacy. He later half-assedly said that he “received an order in the interest of France” and was finally arrested in 2019 for his involvement in the “Qatar World Cup” scandal.

To the stories of financial corruption and financing of senior officials of the world football confederation we can add the 1.5 million dollars allegedly collected by African representatives to vote in favor of Qatar’s candidacy, the 2 million dollars given to buy Jack Warner’s vote, another member of the committee that would decide on the 2022 World Cup, and the remaining 5 million given, according to leaked emails, letters and bank transactions, to other FIFA officials to tip the scales in favor of Qatar.

Even major global media were mobilized to support Qatar’s candidacy by all means. In 2020, it was revealed that Al Jazeera had paid FIFA $400 million for the World Cup television rights, three weeks before the final host country decision was made, while the Sunday Times revealed shortly after that the Arab broadcaster had committed to deposit $100 million into a FIFA account in the event that Qatar took the tournament.

Qatar is not a football country. Therefore, it did not have even the minimum of football infrastructure required to host a world cup. The new stadiums had to be built in record time. For this reason, hundreds of thousands of economic migrants were recruited, mainly from Nepal, Pakistan, India, Bangladesh, Egypt and the Philippines.

If anyone expected that the workers in an organization of international prestige and global influence would be paid in the appropriate way and would achieve the treatment that workers receive in the whole civilized world, they made a huge mistake.

In August 2020, the emirs of Qatar raised the salary of each worker to $270 a month, from about $200 a month until then. To be clear, the workers were paid this amount to work much more than an eight-hour day, in temperatures over 40°C (104°F) and their work was more like forced labor, as their identification documents were confiscated.

Human Rights Watch said in a report that the workers “were victims of systemic abuse. Workers could not change jobs or leave the country without their sponsor’s permission.”

In 2013, Amnesty International reported that there was severe exploitation of workers “including being forced to sign false documents that they had been paid their wages in order to have their passports returned”.

The death toll of 6,500 workers was just the expected result of this mistreatment.

On Sunday, December 18, we will know the world champion. Whoever wins in the final, stained with the blood of thousands of workers, Lusail Stadium will be a worthy champion on the grass. But the World Cup in Qatar will forever be a World Cup with an asterisk.

Scandals and deaths of workers have cast a black veil over the event. Although the fans overwhelmingly say that they will watch the games, after all the World Cup is held once every four years, they are demanding that the crimes of this event be recognized and corrected, as much as possible.

When the event was given to Qatar and before the storm of news about financial scandals and human rights violations began, what was most surprising was that we would see a “winter” World Cup. With what we have learned in recent years this is now the lesser evil of the World Cup.

Faithful to its principles and to the demonstration of its symbols, the elite is about to show us again that it controls everything on the planet, its power and theoretical dominance.

So also in this World Cup in Qatar, it made sure to show us its symbols and inform us that the World Cup is also under its control. There was no way it was going to let such an opportunity go to waste, as its founding principles stipulate that “we will use sports to consolidate the New Order.” Its propaganda through events of world interest is of enormous importance and provides it with vast possibilities.

During the World Cup, TVs will be flooded with tail-eating snakes, vipers, and other symbolism. Subliminal messages will bombard billions of idle TV viewers’ brains, since the image reduces analytical thinking, but the brain literally absorbs any show, especially when it is shown hundreds of times.

In the logo design of the Qatar World Cup, the uroboros, the mark of the beast, and the sign of infinity, i.e. eternity, are depicted.

Where is the uroboros viper found? If the observer pays attention to the World Cup logo, whose general image is the vertical symbol of infinity, he will see at the top of it the head of a snake eating its own tail. That’s the well-known symbol of globalists, the uroboros serpent.

Also, the word “Qatar” is written in such a way that the letter “Q” and the two “a’s” appear as sixes, which of course are three sixes, the well-known mark of the beast.

But also the ball, which will be used in the stadiums of Qatar, carries an additional symbolism. Its main theme, the basic geometric shapes on its surface, are also taken from a representation of the uroboros serpent, which is why the small colored artworks apparently refer to scales of reptile skin. The empty triangles refer to the representation of the double uroboros serpent. The same triangles refer to alien eyes.

Qatar will be flooded with vipers and symbols, these signals will be everywhere, sent as subliminal messages to the whole planet through televisions.