The Saturn cult is engrained into nearly every aspect of our life, yet the true significance of Saturn can be found within secret societies and in the deepest underpinnings of religion.

Did you ever wonder…

Saturn is named after the Roman God Saturnus. It’s not a coincidence that Saturn is called, “The Lord of the Rings”. If Lord = God, then is it possible that during a wedding ceremony, we are giving our energy to Saturn through the exchange of rings?

Is it a coincidence that most people get married on a Saturday (Saturn’s Day)? It’s also more costly to marry on Saturday, so we also give away the energy of money to the Saturn cult.

“The plural term Elohim appears over 2500 times in the Old Testament but is falsely translated in most versions. This fact of plurality explains why in Genesis ‘Gods’ said, ‘Let us make man in our image.’

As stated, Elohim refers to both ‘gods’ and ‘goddesses,’ and its singular form, El, served as a prefix or suffix to names of gods, people and places, whence EmmanuEl, GabriEl, BethEl, etc. Even ‘Satan’ was one of the Elohim.” – Acharya S., The Christ Conspiracy: The Greatest Story Ever Sold

Semitic civilizations referred to the god Saturn as “El” who is the supreme deity and represented by a black cube.

“That is why today, when you get married, you get married before God. And the symbol of that God is the ring that is put on each other’s fingers. The ring of Saturn. In the marriage phrases, one also begins to see what that has to do with Saturn.” – Jordan Maxwell, Matrix of Power: Secrets of World Control

In astrotheology, Saturn is Satan, the cult of EL, so who are we really giving our energy to?

“The ancient name of Saturn was, as mentioned, EL. It is the reason why those that were chosen by EL, were called Elites. In fact the words, Elect, Elder, Elevated, Elohim, Temple, Circle, Gospel, Apostle, Disciple, Evangelists, etc., all derive from the Cult of EL.

Angels are messengers of god. But god was EL, which is why we have the names of the Archangels bearing the ‘el,’ suffix Raphael, Michael, Uriel, Gabriel, etc,.” – Michael Tsarion, Astro-Theology and Sidereal Mythology

Each day of the week has its own meaning and significance. For example, the most obvious day is Sunday, the day many people worship the sun/son of God.

But what about Saturday? Why is Saturday associated with Saturn worship?

The Romans named Saturday dies Saturni (“Saturn’s Day”) no later than the 2nd century for the planet Saturn, which controlled the first hour of that day, according to Vettius Valens.

For Jews, Messianics and Seventh-day Adventists, the seventh day of the week, known as Shabbat (or Sabbath for SDA), stretches from sundown Friday to sundown Saturday and is the day of rest.

“With the deposing of his father, Saturn became the ruler of the Universe for untold ages and he reigned with his sister, Ops, who also became his wife. It was prophesied that one day Saturn would lose power when one of his children would depose him. To prevent this from happening, each time Ops delivered a child Saturn would immediately swallow it. When her sixth child, Jupiter (Zeus), was born, Ops had him spirited away to the island of Crete. She then wrapped a stone in his swaddling clothes. Her deception was complete when Saturn swallowed it, thinking it was the child. When Jupiter was grown, he secured the job of cup-bearer to his father. With the help of Gaia, his grandmother, Jupiter fed his father a potion that caused him to vomit up Jupiter’s five siblings, Vesta (Hestia), Ceres (Demeter), Juno (Hera), Pluto (Hades), and Neptune (Poseidon).” – Wikipedia, Saturn (mythology)

The half man, half goat Pagan god, Pan, has been associated with Saturn while Saturn rules Capricorn. Capricorn is represented by a goat/fish hybrid: Can you think of another horned deity who is associated with Saturn? “Pan was a composite creature, the upper part–with the exception of his horns–being human, and the lower part in the form of a goat. (…)The pipes of Pan signify the natural harmony of the spheres, and the god himself is a symbol of Saturn because this planet is enthroned in Capricorn, whose emblem is a goat.” – Manly P. Hall, The Secret Teachings of all Ages

Esoteric studies and secret societies are in on this as well:

“The Fraternitas Saturni (FS), the Brotherhood of Saturn, has become known to English readers through fragmentary descriptions which emphasize the sensational, sex-magical aspects of this lodge’s work or else its darker, more Satanic, side.This is understandable in light of the fact that the FS is (or was) the most unabashedly Luciferian organization in the modern Western occult revival, and its practice of sexual occultism perhaps the most elaborately detailed of any such lodge. The FS represents a unique blend of astrological cosmology, neo-Gnostic daemonology, sexual occultism, and Freemasonic organizational principles. This grand synthesis was originally the vision of one man, the long-time Grand Master of the FS, Gregor A. Gregorius.” – Stephen E. Flowers, Fire & Ice: Magical Teachings of Germany’s Greatest Secret Occult Order (Llewellyn’s Teutonic Magick Series)

Saturn is also known as Kronos, aka Father Time. Kronos, in Greek mythology, was the leader and the youngest of the first generation of Titans, the divine descendants of Uranus, the sky and Gaia, the earth.

He overthrew his father and ruled during the mythological Golden Age, until he was overthrown by his own son Zeus and imprisoned in Tartarus. As Father Time, Saturn keeps us locked into linear, sequential time. It seems we never have enough time to get everything done but this is only a myth in the physical existence because as divine souls, our lives are eternal. On the back of a U.S. One dollar bill, you’ll find the phrase, ” ANNUIT COEPTIS – NOVO ORDO SECLORUM” which means “agreed to undertakings; a new order of the ages”. While many believe this means “New World Order,” it actually means a “New Order of the Ages”.

The Great Seal of the United States was first designed in 1782 and has been printed on the back of the U.S. one dollar bill since 1935. You’ll also find this phrase on the coat of arms of the Yale School of Management, Yale University’s business school.

The phrase ” NOVO ORDO SECLORUM” is taken from the fourth Eclogue of Virgil, which contains a passage (lines 5-8) that reads:

On the back of a Unites States one dollar bill, you’ll also find the words, “In God We Trust”. When people flip a coin, they will ask, “Heads or Tails?” If Pan is the God of Saturn, then could this be rephrased as “The head of a man or the tail of a goat”?

Which God(s) do we trust?

If you look at the etymology of the word Kabbalah, Kabba = cube and alah (allah) means God, so you get the Cube of God. … then who are we truly giving our energy to?

We unknowingly see and use symbols of Saturn in our every day lives:

Even our educational systems are part of the Saturn Indoctrination. The following is an excerpt from The Atlantean Conspiracy:

First you pay out your “tuition” to get into “universe”ity where they strip you of your Intuition and give you an Indoctrination.

Then you receive a “MaStars” Masonic “degree,” while wearing a Masonic mortar board cap and Cult of Saturn black robes to become an Alumni/Illumini. Graduation means to increment or retard progress.

As Jordan Maxwell says, “the true meaning of Graduation is gradual indoctrination.”

Stick a bunch of 5 year olds in a room full of 5year olds for a year, then a bunch of 6year olds with 6year olds and so on for 20 years, until you’re so indoctrinated they give you a doctorate.

“The syllables are Mafor measure and Storfor Star. ‘measurer of the stars,’ namely an astrologer. Children are still given a star today for successful application to their studies. When we matriculate from a university, we are given a ‘Master’s Degree.’

This is purely sabean. Degrees are part of the cycle.


The truth about the Saturn cult has been hidden for millennia. Now is the time of the great awakening when this material is coming to light. We’ve all been tricked.

Our educational systems will never teach us the true meaning of Saturn because our culture has been hijacked in order for us to unknowingly give our collective energy to Saturn.

By understanding the Saturn cult, you will recognize how it affects you on a daily basis and will give you the opportunity to reclaim that energy as your own.

Advertisement. Scroll to continue reading.
In this article:cult, saturn, The Atlantean Conspiracy 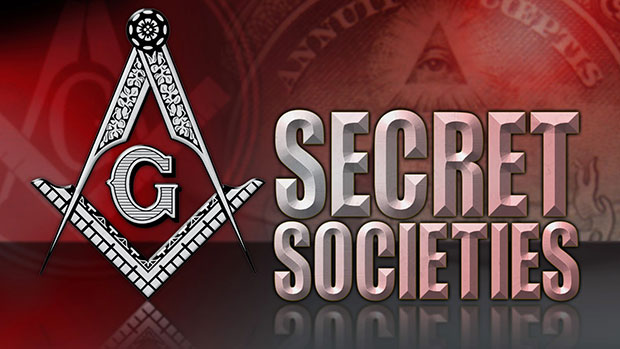 The Network of Global Secret Societies

The largest mechanism used by the bloodlines to implement the New World agenda is the global secret society network. Politicians, bankers, businessmen, and media...