For many years Colombia has been hit by a dangerous guerrilla that has not been eliminated, why? The reason could be more macabre than many think: Satanic covenants.

People who, in one way or another have had contact with the guerrillas, tell how they have witnessed guerrillas who are shot, get up and continue fighting armed, some with a simple machete.

Although it sounds like something impossible, it is a speech that is repeated constantly among the interviewees. One of the most chilling stories tells us how, during a night like any other, a squad of paramilitaries was awakened and taken to a hill in the jungle.

In front of them lay a boy who was, if anything, 16 years old. The women were trained on the other side and the commander, with a machete in hand, called one of them and handed it to him, ordering him to behead him.

The woman said she could not do it and, in a threatening voice, the commander shouted: “He who does not serve to kill, serves to be killed.”

With nothing else to do, the woman dropped the machete on the supplicant boy, but could not finish the work. The commander took the machete and with a certain blow, beheaded the young man in front of everyone.

Without hesitation, he got up and exclaimed: “Welcome to the ACC, I am commander 030 and I must deliver three thousand souls to the devil.”

“Commander 030” was one of those immortal soldiers who, based on satanic covenants and sacrifices, had obtained eternal protection. To this myth are added declarations of United States military factions that have faced the Colombian guerrillas.

Some say they shot them with AK47 rifles and saw how, without any protection, they received the bullets and they did not pass through them.

They simply did not harm them beyond a bruise. Other more extremists say they have seen them become invisible, heal at great speeds and disappear from one moment to another.

Many communities that live in nearby areas where the guerrilla is alive, tell how these people use prayers, rituals, sacrifices and satanic pacts.

These stories are supported by the latest findings made by the Colombian and US military, where they have found “picket houses” with prisoners, still alive, dismembered.

Some captured say that this is part of one of the many satanic rituals and pacts they perform for their protection. Sounds really amazing and macabre at the same time.

But many of these guerrillas have been seen killing soldiers armed with guns using a simple machete, which leads us to really think about the chances of this being real …

In this article:Colombia, Satanic covenants 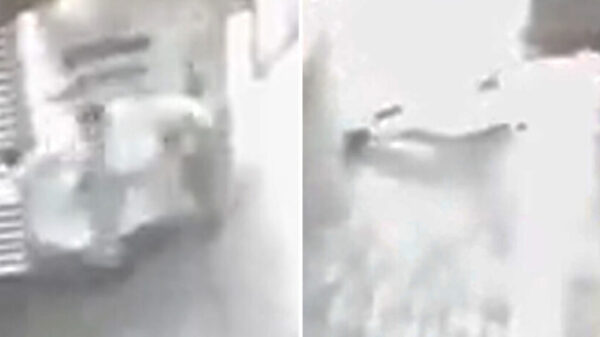