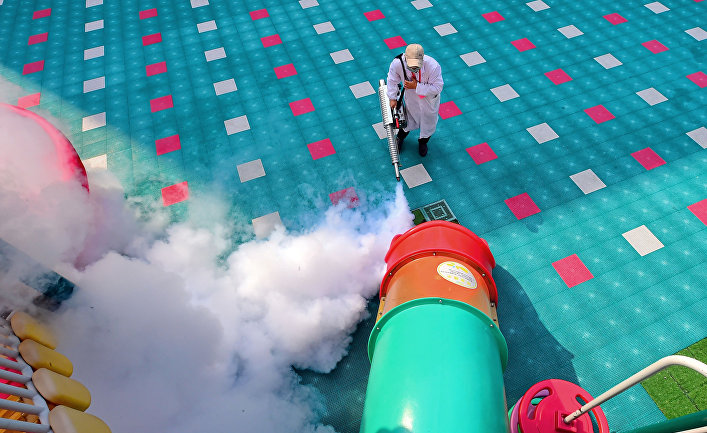 Unanswered questions about the new coronavirus do not let you know what will happen in the near future. Can I get infected twice? How long will a pandemic last? Will the number of victims increase or vice versa decrease?

To predict the spread and further evolution of SARS-CoV-2 (the official name for the new coronavirus CoVID-19), fundamental data are needed, but so far they have not been obtained. In this case, one of the most important issues is the possibility of re-infection. To date, in addition to the dubious cases described in the press, re-infection has been scientifically proven by only four medical professionals in Wuhan, China. Symptoms in all confirmed repeated cases were mild. We tell you what the next few months may be and whether it is worth worrying for those who have had a new coronavirus.

Is it possible to get the new coronavirus again?

According to the Spanish El Pais, the authors of the work from Wuhan University admit that the results obtained on re-infection can be false positive, since sometimes the tests fail. However, it must be clarified that scientists repeated the test several times. If similar cases occur in the future, then all efforts made to contain CoVID-19 may prove futile.

Of all the possible explanations, double infection is the least realistic. Animal test results indicate that re-infection is not possible. Chinese scientists have found that macaques, who become infected with the new coronavirus and recover, do not get sick again a few days later, even if they are exposed to the virus. Preliminary research results can be found on the BiorXiv preprint server.

The question also remains open about how quickly after a virus enters the body, a person becomes infectious – after a day or longer. Today we know that the incubation period can last from 5 to 14 days, but there are cases when symptoms appeared 24 days after infection. In this case, the immune system takes about a month to develop immune memory for the virus.

The question of the longevity of acquired immunity also remains unknown. The fact is that immunity to MERS (Middle East Respiratory Syndrome) – which jumped from a camel to a person and caused an epidemic that claimed the lives of more than 850 people – lasts less than a year. The same thing can happen with SARS-CoV-2, although at the moment it’s too early to talk about it. However, if the virus is capable of re-infection, it is likely to do so with much lower intensity, and the symptoms will be much easier.

Will the pandemic end in the fall?

The 1918 Spanish flu pandemic claimed the lives of more than 50 million people and raged for a year. However, most died during the second wave, which occurred in October. According to a study published by scientists from Imperial College London, after quarantine cancellation, the second wave of CoVID-19 will be almost inevitable. Researchers also warn that the stronger the quarantine measures, the more people can suffer during the second wave.

It must be understood that the meaning of isolation measures introduced in Italy, Spain and other European countries is not so much to prevent the spread of infection as to save hospitals – about 15% of infected need resuscitation and connection to mechanical ventilation and ECMO devices. Since the main problem of quarantine cancellation is the repeated spread of the virus, scientists propose that after the restrictive measures have been lifted, they establish safe periods of stay in the hospital, an alarm will be raised after the end of each stay and the population will be restricted again.

Does the new coronavirus mutate?

From an evolutionary point of view, the most successful viruses are the most infectious, not deadly, because their main purpose is reproduction. In most cases, the tendency is that viruses become less dangerous and allow the host to lead a more or less normal life. It is possible that such a fate awaits the new coronavirus. However, coronaviruses do not mutate much, since they encode a protein that corrects errors in DNA copying, which raises some concerns. Compared to other viruses, coronaviruses accumulate 10 times less errors in DNA, and therefore are much less variable.

One way or another, no one has been able to accurately predict the future. Therefore, today, as a society, we must take care of each other and follow all the recommendations of the World Health Organization. And yet, something is clear today – the pandemic will not pass quickly, and the usual order of things may change dramatically.