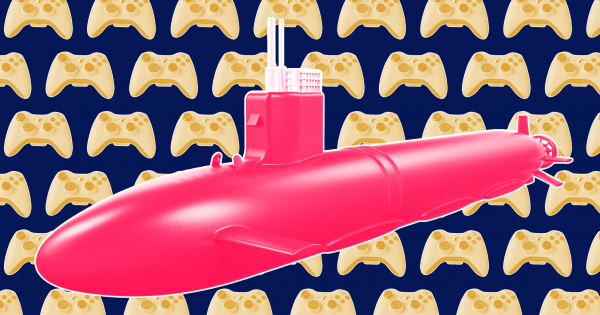 You know that $30 Xbox controller you have in your living room? The same thing now directs the Navy’s new $2.7-billion attack submarine.

For more than a century, a periscope was the only way for those within a submarine to take a look at the world above. Sailors used them to help determine the sub’s position and even direct torpedoes in the days before advanced sonar.

In 2004, the Navy began commissioning submarines with photonics masts, devices equipped with sensors that function like digital periscopes, but takes up less space. Operators typically control these masts from the control room using a joystick, but not everyone was happy with that.However, periscopes had their shortcomings. Only one person could look through the device at a time, and their size placed limitations of the submarine’s design.

“The Navy got together and they asked a bunch of J.O.s and junior guys, ‘What can we do to make your life better?’” Kyle Leonard, a Lieutenant (junior grade) and the assistant weapons officer aboard the USS John Warner, told The Virginia Pilot in September. “And one of the things that came out is the controls for the scope. It’s kind of clunky in your hand; it’s real heavy.”

To alleviate that problem, the Navy began experimenting with using an Xbox controller instead.

Yes, the sailors are more comfortable with the lighter, more versatile controller, Reed Koepp, the Colorado’s commanding officer, told the Associated Press. It’s also more natural for them to use — because many of the young sailors who report to the submarine have probably played games on Xbox before enlisting, they won’t need as much training.

Plus, it saves the Navy a ton of money. Just one of the custom-built photonics mast joysticks costs roughly $38,000, according to The Virginia Pilot. An Xbox 360 controller runs about $30.

The USS Colorado, in service at Connecticut’s Naval Submarine Base as of Saturday, is the first submarine to use Xbox controllers from the very beginning of its service. But if the controller ends up working as well as its engineers anticipate, it might not be the last.

In this article:Navy, Xbox controller