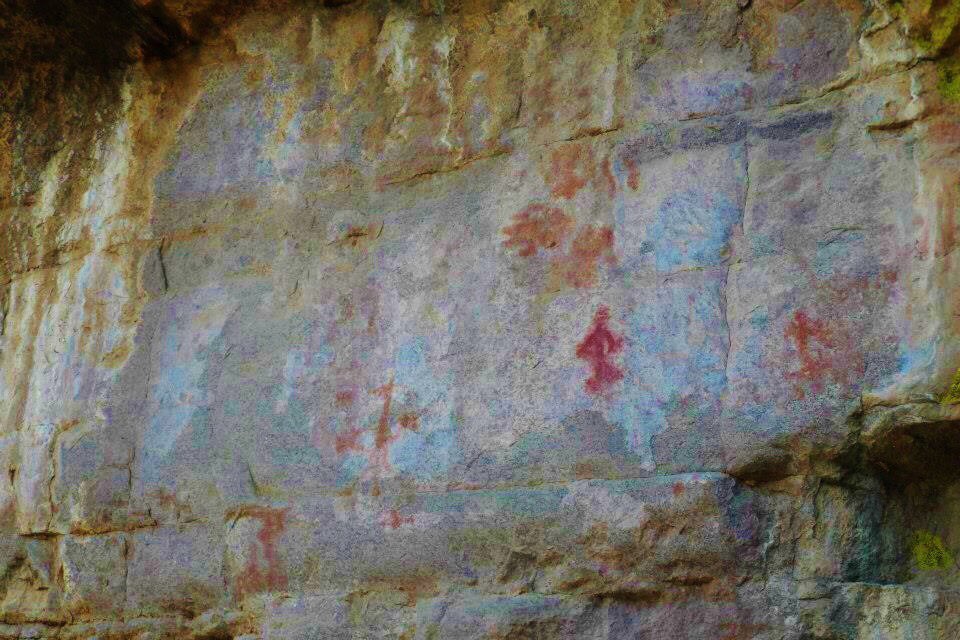 Researchers from the National Institute of History and Anthropology of Mexico (INAH) presented a study examining the ancient cult rock art in the city of Huayacocotl. It is established that these drawings were associated with mythological creatures and cosmic ceremonies.

A summary report is available on the INAH website. The rock carvings are located in the modern town of Cueva de la Mesita. They are associated with the mythological traditions of the Otomi culture.

La Mesita Cave, in a ravine between Hidalgo and Veracruz, is a space with a vast heritage, since only on its Veracruz side there are 26 sites with pictographs in rock shelters, walls and other natural formations, according to research of the National Institute of Anthropology and History (INAH).

Scientists note that the region has been densely populated for millennia. It was rich in various resources, including water – a river flows here. In fact, it was a “sacred corridor”.

In recent years, 26 sites with pictograms have been found in the gorge. Some of them, the most ancient, are associated with the traditions of hunter-gatherers. But most of the cave art is associated with the Otomian tradition of white painting, spread between AD 950 and 1521.

Researchers distinguish two main clusters with pictograms in Cueva de la Mesita. The first one is located at a height of 11 meters and contains 12 graphic elements. They are painted on the ceiling, directly above the observer’s head. According to archaeologists, this is due to astronomical motives. Ancient artists associated dark rock ceilings with the night sky.

Scientists were especially interested in this cluster. They compared it to the postclassical iconography of central Mexico and concluded that this set of drawings was necessary for the New Fire ceremony.

This ceremony was typical of many peoples of Mesoamerica, who experienced intense fear of the end of the world. For example, the Aztecs and Mixtecs believed that the era lasted only 52 years, after which the world should be destroyed by the gods. To prevent this from happening, the New Fire ceremonies were held every 52 years, in fact, the rebirth of the world.

This 52-year calendar was ritual and was closely associated with the “zodiacal” signs among the indigenous peoples of Mesoamerica. This is also indicated in the new study by its authors. They found that the first panel, placed on the ceiling, depicts the constellations, which were named by the ancient local residents as Mika and Mamalhuaztli. It was these constellations that were associated with the New Fire ceremonies every 52 years.

In addition, the scientists pay attention to other elements in the first panel. They are some kind of anthropomorphic characters with rings in their noses, trying to bite someone. One of them is depicted with a severed leg.

In these motives, the researchers saw the characteristics of Tezcatlipoca – one of the main deities of different peoples. He wore a mirror-shield, observing with its help the affairs of people. This same god in his various incarnations was the creator and destroyer of the world.

It is believed that the cult of Tezcatlipoca brought the Nahua people to the Valley of Mexico and then spread throughout the country. This god was endowed with many traits that he did not originally possess. In this case, an image of a giant serpent, Miscoatl, was found in the cave. The Nahua people believed that Tezcatlipoca sometimes took on the image of Miscoatl in order to conduct the ceremony of igniting the New Fire, that is, the rebirth of the world.

As for the second panel, it is located at ground level. It depicts six certain biomorphic creatures. According to scientists, it was conceived as a contrast to the first panel. If the upper images hint at the firmament, then the lower ones are probably associated with water.

Researchers believe that the creatures depicted on it may be wems – giant mythical creatures that, according to the Otomi beliefs, lived in the prehuman era. However, once there was a global flood, these creatures were trapped on the tops of the hills and over time turned into megalithic stones.

According to Anna Maria Alvarez, one of the co-authors of the study, the cave with drawings and the “sacred corridor” itself are still places of worship for the Otomi. They consider the moon and stone monoliths to be entities related to their ancestors.