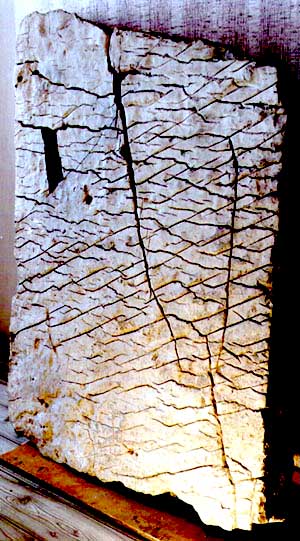 A team of Russian scientists have recently completed testing on the dashka stone also termed the Map of the Creator, and found that the large stone slab is indeed a genuine ancient carved artifact displaying the local area.

Is the Dashka Stone (also termed the Map of the Creator) real?  Does it prove that there was an advanced ancient civilization in the Ural Mountains thousands of years ago?  According to a team of scientists from Bashkir State University that is exactly what they have found.   Recent research and testing on the large stone slab have proven that it is indeed an ancient map carving of the area that is thousands of years old.

The team announced their findings recently and this is what they found:

Along with these results, NASA and the Russian Space Agency have confirmed what the map shows is basically how the area looks from high up in the air or from space.  The scientists on the team also are fairly certain that the slab is just one piece of a complete world map with possibly an additional 20 slabs missing.  Local legends in the area tell of large slabs containing strange writing on them so it is certainly possible that more will be found in the future.   So Stay Tuned …………

In this article:Map of the Creator