For the first time in a history that stretches back nearly forty years, the mysterious Russian radio signal popularly known as UVB-76 had issued an order. On the 24th of January 2013, it was heard clearly by its legion of fans:

The radio signal that occupies 4625 kHz has reportedly been broadcasting since the late 1970s. The earliest known recording of it is dated 1982. Ever since curious owners of shortwave radios first discovered the signal, it has broadcast a repeating buzzing noise. Every few years, the buzzer stops, and a Russian voice reads a mixture of numbers and Russian names.

Instead of shutting down with the fall of communism in Russia, UVB-76 became even more active. Since the millenium, voice messages have become more and more frequent.

It’s easy to dismiss the signal as pre-recorded, or a looping tone. But what listeners quickly realised was that UVB-76 is not a recording. The buzzer noise is generated manually. The reason for overhearing telephone conversations and banging noises is that a speaker creating the buzzer is constantly placed next to the microphone, giving the world an eerie insight into whatever cavern the signal originates from.

The modern popularity of UVB-76 can be traced to /x/, 4chan’s non-archiving message board devoted to discussion of paranormal activity and unexplained mysteries. Just as 4chan created memes like Pedobear and Rickrolling, the online image board served to bring UVB-76 before the eyes of a host of internet users.

Online chatter about the signal increased in 2010, as bizarre broadcasts were issued on an almost monthly basis. Snippets of Swan Lake were played, a female voiced counted from one to nine, a question mark was transmitted in Morse code and strange telephone conversations were overheard by the receiver.

The short recording of Swan Lake that was broadcast by the signal in 2010.

Since October 2010, the station has changed location. The flurry of activity and voice messages preceded the most important development in the signal since it began broadcasting in the 1970s. It seems likely that the heightened activity of 2010 was related to the establishment of the signal in a new location. The new call sign was read out after the move: “MDZhB”.

Previous triangulation efforts had led to the discovery of the transmitter for UVB-76: a Russian military base on the outskirts of Povarovo, a small town nineteen miles from Moscow.

After the station changed location, two groups of urban explorers and UVB-76 followers travelled to the remote Russian town in an attempt to visit the military bunker that the signal had originated from for over thirty years. When they reached the town, a local man told them about the storm of 2010. One night a dense fog rolled in, and the military outpost was evacuated within ninety minutes. 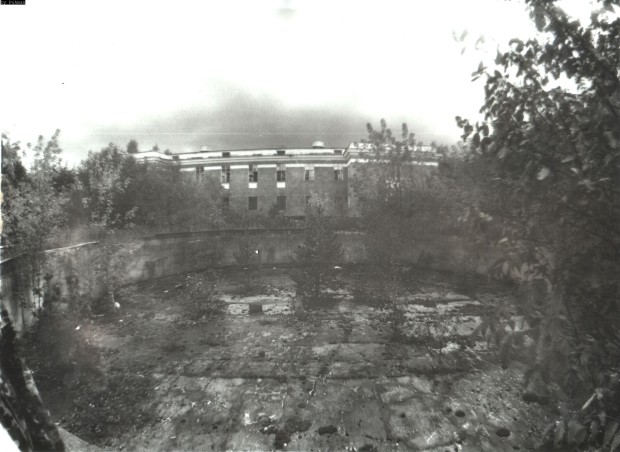 The Russian military outpost that UVB-76 operated from until 2010. Image by ’bydunaika’

After making their way across the site and avoiding the guard dog stationed outside, the groups found the bunker and military buildings in a state of abandonment. 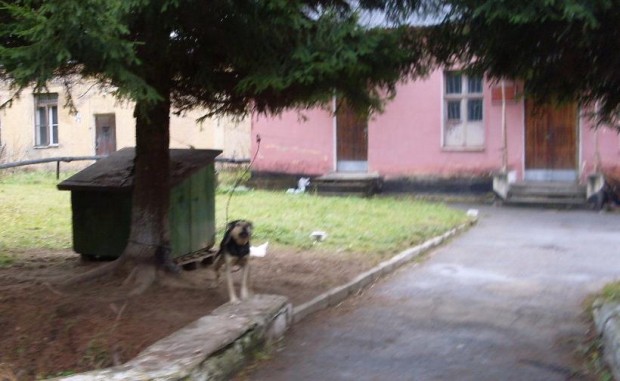 The guard dog stationed outside the Povarovo military compound. Image by ‘Desert_Fox’

Possessions and equipment were strewn across the base. Icy water had filled the bunker, yet clues were still to be found inside.

One group described the Povarov military bunker as “a quiet and lonely dark place, something like a maze with lots of corridors and rooms”.

A book was found that contained a log of messages sent by UVB-76. The ethereal signal that had fascinated the world for years now had a physical presence, along with confirmation that it had been run by the Russian military. 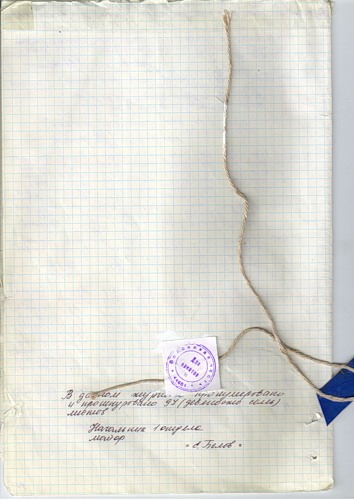 The UVB-76 logbook discovered by ‘bydunaika’

The mystery continues to this day. Sporadic voice messages are still emitted. Legions of listeners tune in via radios and online streams every day. A file can be downloaded at this link that allows followers to listen to UVB-76 in iTunes.

Along with a renewed interest in studying and archiving the broadcasts of UVB-76, multiple triangulation attempts have been made to try and ascertain the new location of the signal. Unlike before, it seems that UVB-76 is emanating from multiple transmitters across Russia. Triangulation has given rise to three possible locations.

The small Russian village of Kirsino has a registered populace of just 39 people. One signal can be traced here. 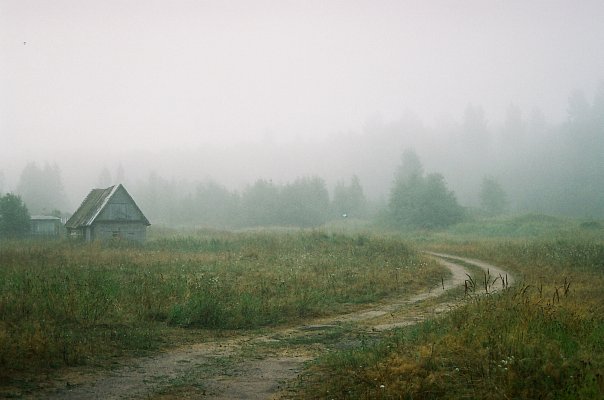 Kirsino, the remote Russian village that may hold clues to the meaning of UVB-76. Image from the official Kirsino wesbite.

Near to the Estonian border lies the Pskov Oblast. This is currently the most likely source of UVB-76 due to the multiple triangulation attempts that lead here. 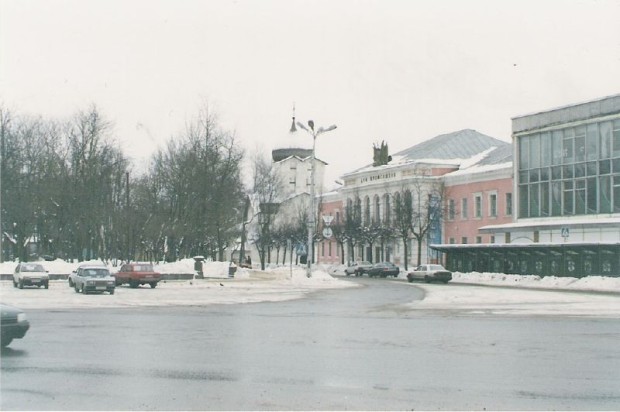 A new theory has been the cause of much discussion amongst the followers of UVB-76. Could the signal be related to the Russian Government radio channel Voice Of Russia? One location that appears during triangulation attempts is very close to a transmitter array southeast of Kolpino that is reportedly used by the Russian government to transmit state radio across Russia.

While internet followers have discovered the location of the old signal, the purpose of UVB-76 remains a mystery. As with any unexplained mystery, conspiracy theories abound, some more credible than others.

The closest thing to an official explanation for the signal’s purpose comes from an academic paper published by the Borok Geophysical Observatory. This is state-funded organisation that describes itself as a “branch of the Federal state budgetary institution of science”. They explain that the signal originates from an observatory using the 4625 kHz frequency to measure changes in the ionosphere.

This does not explain the military bunker, or the voice messages. Nor does the paper detail how successful such research would be. A signal on the 4625 kHz frequency would have suffered from extreme interference, rendering it nearly unusable for researching the ionosphere.

The fan-favourite conspiracy is that UVB-76 is the audible version of Russia’s “Dead Man Switch” system. In the case of a nuclear strike that cripples Russian military command, the automated system will launch a counter-strike. While it’s likely that Russia does possess such a system, it’s fanciful to think that this humble buzzing sound is the noise of our impending nuclear apocalypse.

The most credible explanation of UVB-76’s purpose is that it is a military communication system operating across western Russia. The coded messages are announcements for various military districts, enabling a simple means of communicating with multiple units at the same time. As for the repeating buzzing noise, this is thought to be a channel marker that exists to discourage others from using the same frequency.

An image posted on the Russian Wikipedia seems to confirm the military communication theory. A small framed piece of paper in an administration and enlistment office of the Russian army refers to 4625 kHz, the broadcasting frequency of UVB-76. With this so prominently displayed, it’s possible to confirm that the signal is not a “Dead Man’s Switch”, nor is the signal intended to be a secret.

The internet has, for decades, been listening to the internal communication network of the western division of the Russian armed forces. 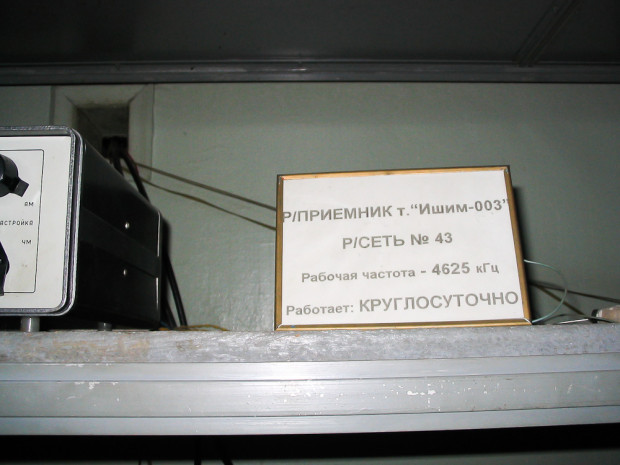 Caption: A sign in a Russian military enlistment office that references the 4625 kHz frequency used by UVB-76. Image from Wikipedia user Orlando Avare

While the mystery of UVB-76 may have been solved, its legion of followers and obsessives will continue to listen. Thousands of people across the world tune into the signal, hoping to catch one of the ethereal voice messages.

For those in the know, it’s a bemusing social phenomenon. But for the residents of 4chan’s /x/ board and the radio scanner fans, UVB-76 is far more than a communications network. For them, it’s a sign of the forthcoming apocalypse, it’s an international spy network, it’s a secret Russian space experiment.

Whether you believe the theories or not, there’s no denying the thrill that comes with hearing the distorted voice messages of UVB-76.

Advertisement. Scroll to continue reading.
In this article:radio signal, UVB-76 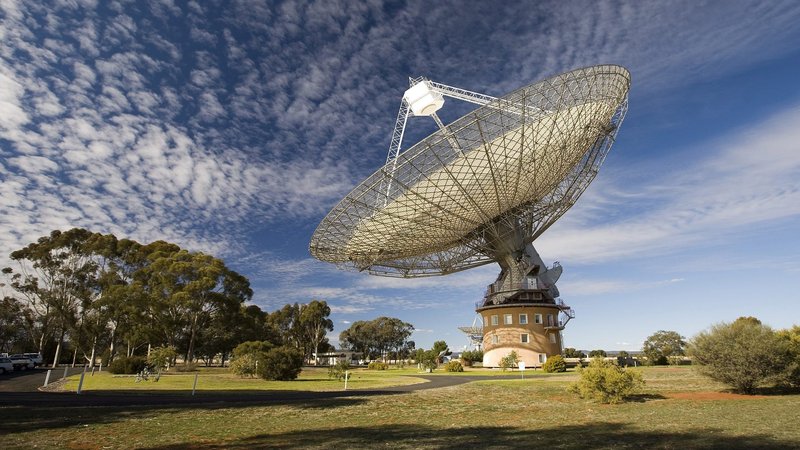 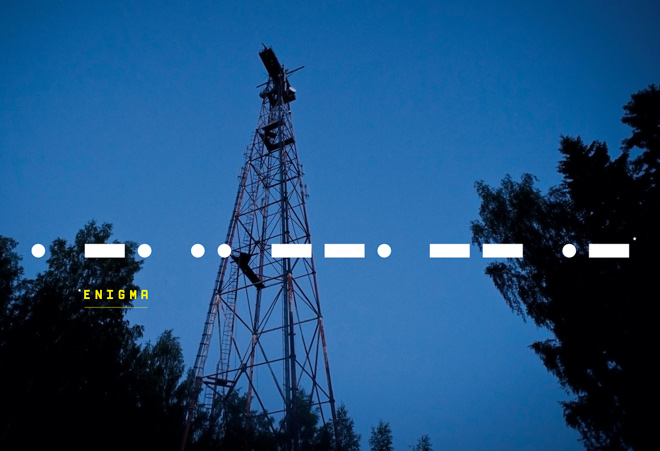 The mystery of UVB-76: Radio station has ‘buzzed’ every second since the 1970s – but no one knows why

Jonathan O’Callaghan The Daily Mail Suddenly the piercing buzzing noise that has continued incessantly for months stops. A cold voice takes over. ‘U-V-B-7-6,’ is read...