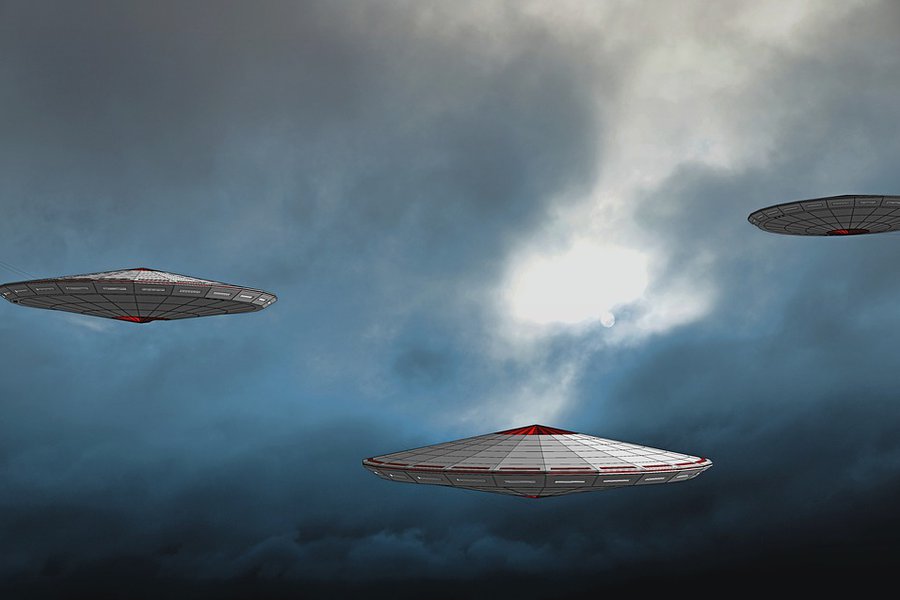 The US Congress will soon consider the Pentagon’s report on unidentified flying objects, which at different times were noticed by the US military in different regions of the world. The UFO theme was picked up by all the leading US media. The main version: unidentified objects are new weapons of Russian or Chinese origin. However, not everyone agrees with this version.

Independent Australian journalist Caitlin Johnstone wrote an article in which she claims that the “Russian-Chinese” trail in the explanation of UFOs and hints of technological superiority of the Russian Federation and the PRC is a way to unleash a new arms race and a “cold” war, as well as a means to knock out an additional military budget from Congress.

Caitlin Johnstone is confident that the report on UFOs in Congress will not provide new evidence of the extraterrestrial origin of obscure phenomena, but will contain strong evidence that the United States is dangerously behind the Russian and Chinese technological development in the arms race.

As proof, she cites the latest publications of the most authoritative US media, which, with reference to their anonymous sources, conveyed the essence of the future report to Congress. Allegedly, the US government “does not know what these things are, but is very concerned that they are proof that Russia and China have somehow managed to technologically overtake the United States.

The Australian journalist quotes an interview with the former Secretary of Defense (2011-2013) and the former CIA Director (2009-2011), the former head of the White House administration Leon Panetta, to MSNBC. When asked how he relates to the version of the Russian-Chinese origin of the UFO, Panetta said:

“I believe that many of these things can probably be (created) by countries like Russia, like China, like others that drones are now using such sophisticated weapons that they may well be involved in many of these observations.”

At the same time, Caitlin Johnstone calls Panetta a faithful warrior of the Cold War. According to her, it is no coincidence that the topic of UFOs, as the Sino-Russian threat, has become mainstream in the media “from Fox News to Reuters to The Guardian to Today to BBC and USA Today.” This unanimity, says Johnstone, suggests that the topic will continue to unfold.

The only exception was the statement of the former head of the secret program of the Pentagon to collect and analyze data on “anomalous aerospace threats, Luis Elizondo. Speaking as a guest of the Tucker Carlson program on Fox News, the UFO specialist stated that UFOs cannot be Russian or Chinese objects in any way.

In his opinion, UFOs are more likely to have an extraterrestrial origin. As proof, he cites the following facts. In total, ufologists have recorded over 100 unexplained phenomena. The first observations were made about 70 years ago, when there was no need to talk about some advanced technologies in China.

Elizondo excludes “Russian trace” in the history of UFOs because, according to him, “Russia shared its knowledge about UFOs with the United States after the collapse of the Soviet Union.”

Caitlin Johnstone suggests that the US government in the UFO case is driven not by a desire to establish the truth, but by a desire to find a new “direction for the arms race.”

“If there really are aliens and they really fly around our world in strange planes, we would rather get the truth about this from the aliens themselves than from the American military. The war machine only does killing and destruction; it will not generate a sudden interest in truth and transparency. The sooner UFO enthusiasts realize this, the better, ” Caitlin Johnstone concludes.