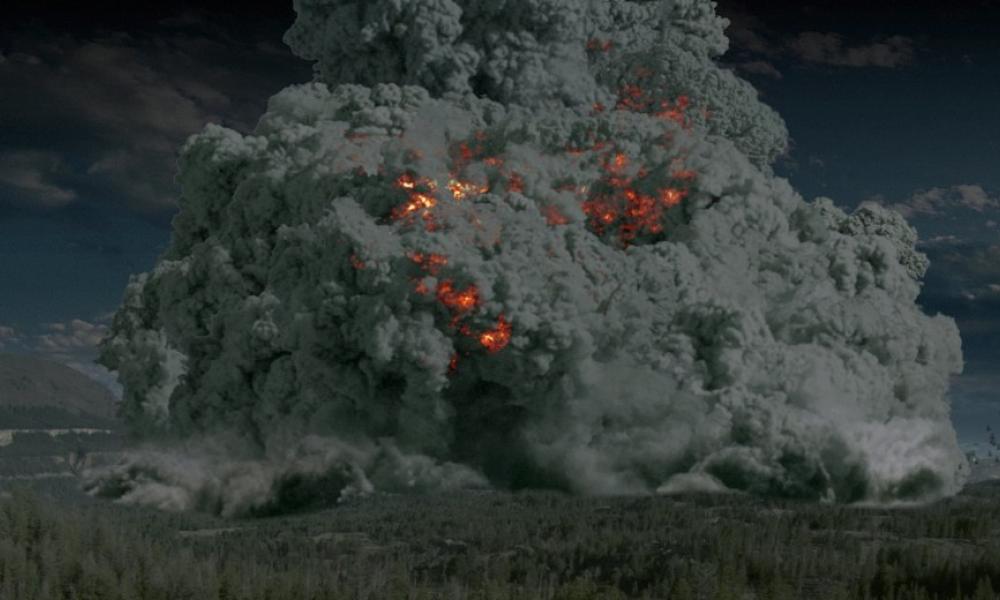 A Russian “expert” suggested that Russia strike Yellowstone National Park causing what he said would be a massive disaster that would wipe out Western civilization.

In the discussion which revolved around the worsened US-Russia relations after the war in Ukraine, the Russian expert said:

“Both Sarmat and Poseidon carry roughly the same nuclear payload. The target of these two weapons may be Yellowstone National Park which will explode in a supervolcano eruption that may wipe Western civilization off the face of the earth.”

The presenter of the show, the well-known Olga Skabeyeva, added with sarcasm: “And it is a beautiful park.”

The Russian expert was referring to the RS-28 Sarmat weapons and the Poseidon nuclear torpedo. The first is a liquid-fuel intercontinental ballistic missile that can carry multiple independently targetable reentry vehicles (MIRVs), between 10 and 15 or more from multisonic re-entry vehicles known as Avangard. Its range is estimated at 18,000 km.

The second weapon the Russian expert talked about is the Poseidon super-torpedo, which is said to be capable of carrying nuclear warheads at a distance of 10,000 km.

Available information states that the Poseidon is 24 meters long, has an estimated speed of 180 km on the seabed, can dive to a depth of 1 km and a 100 MT nuclear warhead, is controlled by artificial intelligence and has a range of 10,000 km.

This particular weapon is carried by nuclear-powered submarines such as the K-329 Belgorod, which is a modified version of the class of submarines that NATO calls the Oscar II.

Yellowstone Volcano: How many billion people will die if it erupts

A massive eruption at Yellowstone could lead to a drop in global temperatures from the release of carbon monoxide and gas clouds that would cover the sky and will eventually cause the death of two-thirds of the planet’s population.

The volcanic materials that would be ejected would cover everything in a radius of 500 km forming a layer one meter thick. Due to the spewing of ash and the emission of gases or sulfur monoxide into the atmosphere we would witness a significant drop in temperature. Due to the effects of climate change, about five billion people would starve to death.

The only thing that can be done is an evacuation of the population. However, since we are talking about an entire nation – and a very large one at that – then it would have to be moved to another continent.

With the beginning of Russia’s invasion in Ukraine, the world heard multiple times threats about the use of nuclear weapons, which have no analogues in the world. However, except for cartoons made on German software, no one has ever seen the formidable Russian nuclear baton.

One the other hand, it could be impossible for the world to reach an agreement with Russia and there may be signs for preparations to act somehow preventively.

In this article:Russia, Yellowstone National Park