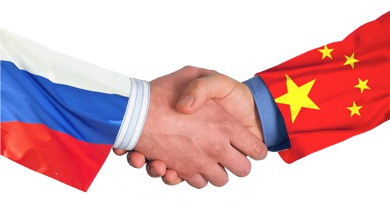 He ordered his naval forces to “prepare for war.” BBC reported the same story. He wants stepped up preparation and readiness. He told military officials that China’s navy should “accelerate its transformation and modernisation in a sturdy way, and make extended preparations for warfare in order to make greater contributions to safeguard national security.”

Chinese Rear Admiral Zhang Zhaozhong warned unequivocally. “China will not hesitate to protect Iran even with a Third World War,” he said.

“I do not rule out local and regional armed conflicts developing into a large-scale war, including using nuclear weapons.” Beijing’s bulletin discussed a US-planned “ultimate (Middle East) solution.” It’s readied in case of regional nuclear war. It said Washington will attack Syria and Iran with lethal biological weapons. They’re “intended to kill tens of millions of innocent civilians.”

Dutch virologist Ron Fouchier revealed it. He discovered that five avian flu virus mutations spread far more easily. Doing so makes them the “most lethal killer(s) of mankind ever invented.” US capabilities were based on Russian intelligence examination of Lockheed Martin’s RQ-170 Sentinel Drone. It was downed over Iranian territory.

America spends more on military readiness than all other countries combined. Funding includes enormous congressional appropriations, outsized black budgets, others off the books, secret programs, huge amounts for intelligence, and other unknown initiatives.

It’s just a matter of time. Permanent war is official US policy. Total war risks annihilation. All weapons in America’s arsenal will be used. They’re planned to be as needed. Humanity’s more than ever threatened. Russia and China represent our last line of defense. Hopefully they’re up to the challenge.

In this article:China, Russia, US, war