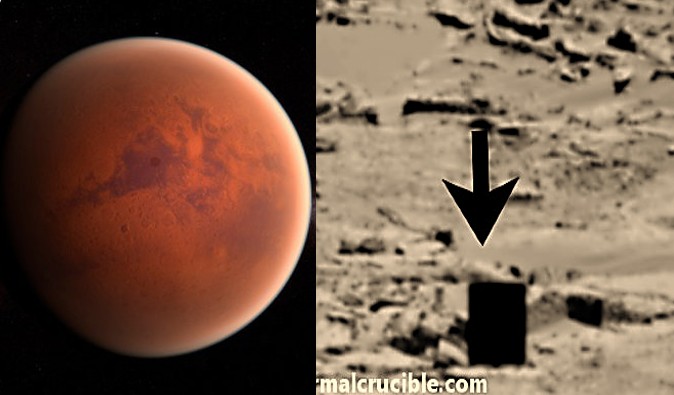 The images we show you represent one of the greatest discoveries so far made by the researcher and hunter of spatial anomalies Paranormal Crucible. According to the researcher, what was found on Mars, through photographs taken by the Rover Curiosity, are convincing proof that Mars had an intelligent life in its distant past. 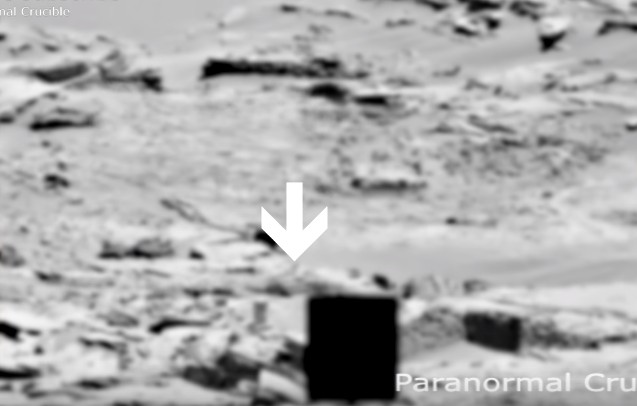 Here is what is stated by Paranormal Crucible in the analysis of the ancient ruins of Mars;

The raw image that was released by NASA appears to have been tampered with, we can see signs of blurring in places as well as two black squares, which NASA claim are dead pixels, but are they hiding something far more compelling, we may never find out, so lets concentrate on what we can see.

This particular image took quite allot of work, the processing alone took several hours and the enhancement work took a little longer, but the results were worth it.

The obvious geometric shapes in the enhanced image clearly indicate intelligent design, we can see a partially buried wall structure with a small pillar which leads down a small embankment, possibly a buried stairway, to a set of stairs, these stairs lead us onto an obvious courtyard which is covered in martian soil or sand.

“At the side of the courtyard is a large square plinth with a tall stone pillar which appears to have been broken off at the mid section, this is indicative of an ancient abode, as seen in the ancient Roman and Greek period.

I have highlighted nine points of interest in the enhanced image below, and they are very compelling in my opinion. 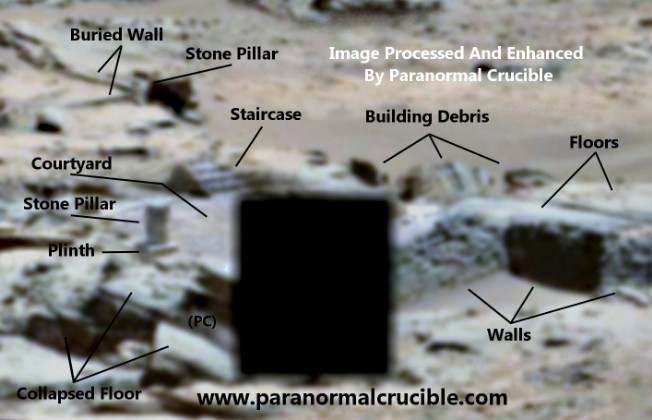 These possible ruins validate for me that an ancient martian civilization once existed on mars and were very similar to the ancient Romans, not only in customs but in architecture also.

From my standpoint they look like the remains of a domus or villa, a fairly large home usually single storey that had a large courtyard, stone pillars, a garden and numerous rooms, some even had a pool depending how wealthy the owners were.

Until an independent manned mission is sent to mars we may never know the full truth about past life on this mysterious planet, and i think its pretty clear that NASA is more interested in analyzing rock samples than exploring the clear artifacts that have been inadvertently discovered by the rovers.

But hopefully one day that attitude will change, and the real truth about mars and its history, will finally be revealed.

In this article:Mars, spatial anomalies