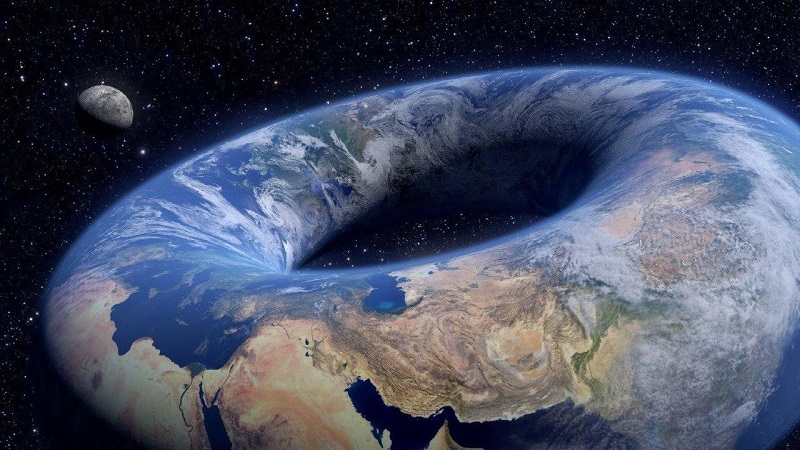 The Dzhanibekov Effect phenomenon, also known as the Tennis Racquet Theorem is an amazing phenomenon that you have probably already heard about. But few people seriously thought about what its discovery leads us to.

Everything in our world is interconnected, everything consists of atoms, the same forces act on everything, and the same laws apply to everything. And this means that the phenomenon that we will talk about today is equivalent to the entire space around us.

In the fifth century BC, Plato wrote:

“I mean the changes in the rising and setting of the sun and other heavenly bodies, when in ancient times they used to set where they now rise, and rise where they now set.”

We are used to the fact that the sun rises in the East and sets in the West. But Plato writes that in ancient times it was exactly the opposite. Is it possible?

The words of the Athenian philosopher of Ancient Greece confirm the texts found in the ancient ancient Syrian port city of Ugarit. These ancient texts were dedicated to the goddess Anat, who destroyed the entire population of the Levant and changed the movement of the stars, reversed sunrise and sunset.

Perhaps there are other sources that confirm that earlier the movement of celestial bodies was radically different from the current one. But this is not the most important thing we would like to talk about.

In 1985, Soviet cosmonaut Vladimir Dzhanibekov, during his fifth flight on the Soyuz T-13 spacecraft and the Salyut-7 orbital station, made a sensational discovery that was kept secret by Russian scientists for a long time. The fact is that this discovery crosses out many theories and ideas, and at the same time is a petrel of future disasters.

The discovery made by the Soviet astronaut was named after the discoverer – the Dzhanibekov effect. The object by which this discovery was made is an ordinary nut. The astronaut watched it flight in the cockpit space and noticed that the wingnut was behaving in an unnatural way. What happened to it is inexplicable from the point of view of modern aerodynamics and mechanics. The wingnut rotated while moving in weightlessness, but at strictly defined intervals it changed the axis of rotation. It flipped 180 degrees and so it was repeated over and over again.

Upon learning of this discovery, scientists became alert. They suggested that this effect is also real for other cosmic bodies, including our planet. Scientists hid this discovery for several years. After all, the proof was found before the hypothesis itself was put forward.

It was necessary to prepare a theoretical basis for this phenomenon and many scientists set to work. They had to revise a number of laws of classical and quantum mechanics. It was necessary to hurry, because the Americans could make a similar discovery but, fortunately for Russian, American astronauts did not play with wingnuts during space flights.

Scientists continue research and observation. After this discovery, even a separate field of science appeared, dealing with research and study of macroprocesses.

Can the earth turn over?

To assert that the Earth is a ball, so its rotation is stable would be wrong. NASA made a well-known model of what the Earth would look like if it were not for its density being uniform based on the distribution of gravity over the Earth’s surface. This is often referred to as the true shape of the Earth (and is often erroneously said to be what the Earth looks like without water and atmosphere).

To assert that the Earth has a more complex mass distribution and therefore this effect does not concern it would also be wrong. If you spin this model in zero gravity, then its rotation will also be unstable.

Experiments were carried out with other objects under weightless conditions. The conclusions made during these experiments reassured scientists that since the Earth moves in a circular orbit and its axis of rotation is almost perpendicular to the plane of orbital motion, this difference from Dzhanibekov’s wingnut will not allow the planet to roll over.

Our planet is a water-earth ball with a liquid-solid filling, unlike a wingnut with a displaced center of gravity, thus it seems we are not threatened with any coups and inversions. Even the climate will warm up and that is not the fault of man – our entire planetary system passes through a highly discharged ionized hydrogen bubble heated to several thousand degrees.

In this article:Dzhanibekov effect, gravity

The Dzhanibekov effect: Is it possible that Nibiru causes a complete Earth revolution?

On June 8, 2020, the journal Nature Astronomy published the results of a study of data collected by the Cassini mission, an interplanetary automatic...