A new German documentary claims that testing of a secret Nazi aircraft by the USAF is the real conspiracy behind the famous Roswell incident.

The Roswell incident took place in early July, 1947. Something crashed in the desert and the USAF didn’t know what it was. They even wrote a press release saying they captured a crashed flying saucer. The next day they retracted that statement and said it was all a mistake. The mysterious debris was just a weather balloon. After that, the incident was forgotten.

Then in the 1970s, Jesse Marcel, who had been the intelligence officer at Roswell Army Air Field, said that the weather balloon excuse was a lie. He said he was first on the scene and what he saw was no weather balloon. Since then, hundreds of alleged witnesses have come forward saying they knew of or were part of the cover-up. Many even said they saw alien bodies. The story grew in popularity until it became a household name.

Eventually, due to inquiries by politicians, and even Bill Clinton, the USAF said the Roswell crash was actually a secret high altitude spy balloon, and the alien bodies were actually crash test dummies.

The German documentary is called “UFOs and the Third Reich,” and according to this new documentary, the Germans were working on a top secret aircraft called the Bell. This is not a new discovery. UFO researchers have been writing about the legends of the Bell for decades. However, the documentary does include some credible witness testimony. Depiction of the Bell from a Discovery channel documentary. (Credit: Discovery)

One of those witnesses is aeronautical engineer Georg Klein. He says, “This is what I saw, with my own eyes – a Nazi UFO.” He also says, “I don’t consider myself a crackpot or eccentric or someone given to fantasies.”

The Bell supposedly combined rocket and helicopter technology, and was designed in Prague. Then in 1943, the US took control of the technology. Joseph Andreas Epp, an engineer who allegedly worked on the project, says 15 models were built.

He said: “After this the wing-blades would be allowed to rotate freely as the saucer moved forward as in an auto-gyrocopter. In all probability, the wing-blades speed, and so their lifting value, could also be increased by directing the adjustable horizontal jets slightly upwards to engage the blades, thus spinning them faster at the digression of the pilot.”

Although there seems to be several witnesses to have worked on the project, why haven’t we seen this technology in use, and why is the government still keeping this secret? If the documentary answers these questions, it is not in the English news stories about the documentary. The documentary itself is in German.

The other big question is if this thing was being tested, what makes the documentary makers think this is what crashed outside of Roswell, New Mexico in 1947? The link to the Bell and Roswell is also not in these stories.

If you live in Germany – don’t laugh, we have a lot of international readers (and we love them) – and have seen the documentary, let us know if they answered any of these questions. Mirror Online Roswell poll results, as of the posting of this story. (Credit: Mirror Online)

An interesting addition to Mirror Online’s coverage of this documentary is a Roswell poll at the end of the story. They ask, “What do you think was behind the Roswell incident?” Most say aliens, but the rest are split between a “Nazi war machine” and “not a clue.” Only 6%, thus far, are going with the official explanation of a weather balloon. 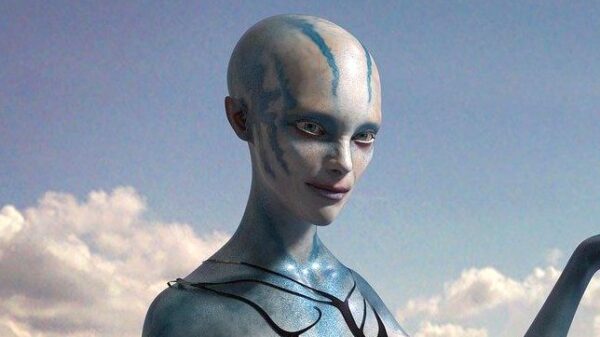