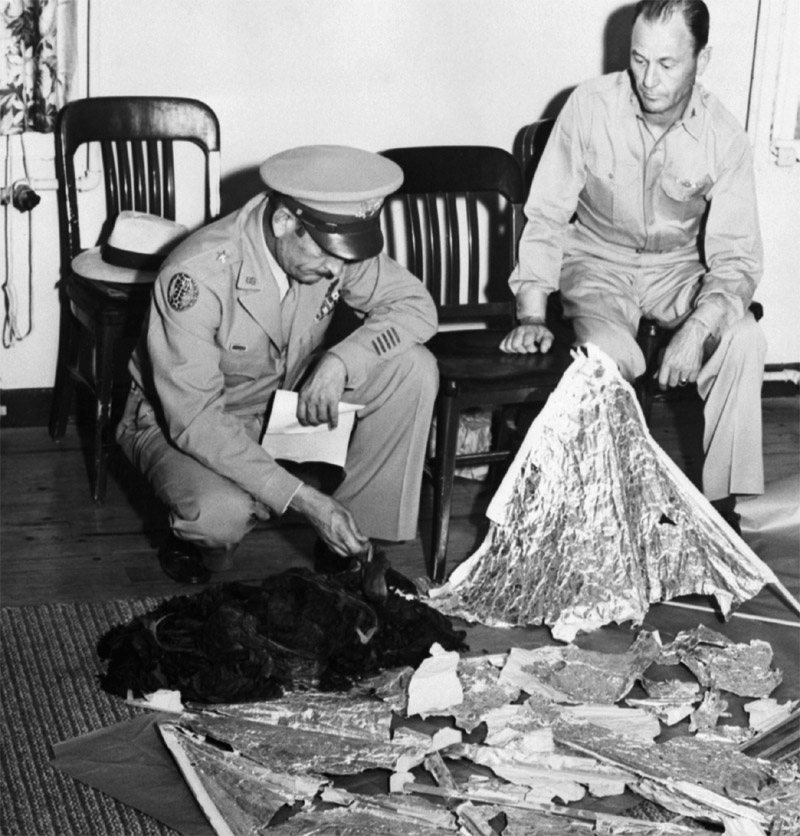 A serviceman tasked with guarding the Roswell debris was ordered to shoot anyone who tried to get near.
UFO researcher Anthony Bragalia has uncovered intriguing testimony from PFC Calvin Cox who in July 1947 found himself part of one of the most infamous cases in UFO history. Stationed in Roswell, New Mexico, Cox was ordered to guard the hanger in which the alleged debris from the UFO crash incident was being stored. Of particular note was that fact that his instructions were to ‘shoot to kill’ anyone who attempted to access the building, an order that would appear to cast doubt on the official story that the debris was nothing more than a weather balloon.
While he didn’t get a close-up look at the debris, what he did see of it looked nothing like what would be expected from the remains of a meteorological balloon. From a distance he caught a glimpse of metallic debris, strange structured metal and material that appeared to be burned and tarnished.
Ordered to never speak of what happened, Cox kept quiet about these events for more than 65 years.
A team of investigators (of which this author is part) has renewed efforts to find and contact the very last living veterans of the Army Air Force who were at Roswell during the time of a UFO crash that occurred in early July of 1947.
MORE..
In this article:Army Air Force, Calvin Cox, crash, Roswell, UFO, US