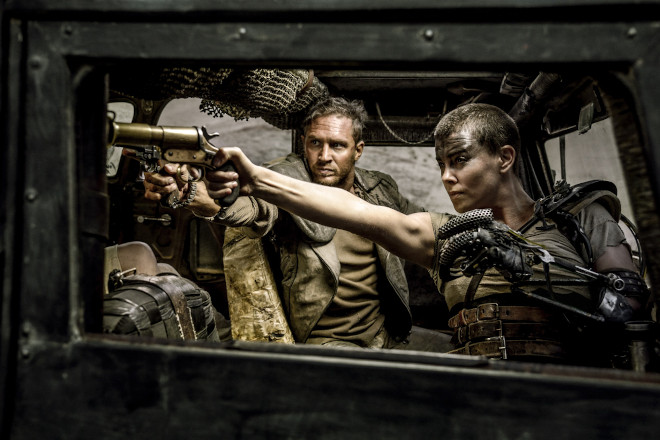 Robert Vicino is the founder of a company engaged in the construction, conversion and sale of luxury underground bunkers for the ubber rich Americans. From time to time, Robert Vichino gives interviews to the press in which he advertises his business, but his last interview was very unusual. A couple of days ago, Robert was invited on France 24, where he discussed the topic of COVID-19, that is, quarantines, protests against quarantines, the economic crisis, the possible fall of an asteroid, the threat of atomic war, and all that. Naturally, as the main distinguished expert in this matter, Robert was asked about the timing and prospects. And to this, Robert answered the following:

“When destitute people start to knock down your door and take what you got, and that’s gonna happen in the US in 30 days from now on. ”

France 24 is usually not in a hurry to broadcast on the Internet, so the video from the interview will appear on YouTube only after a few days. However, we will take a word from the people who watched the live aired program on TV and were thrilled, discussing their viewing impressions. In fact, the impressions of all, frankly, are very gloomy.

These days, TV from time to time hosts all kinds of clowns who come out with their forecasts. Every day, people listen to the continuous chatter of various kinds of politicians, economists, epidemiologists and just morons who come to the studio with shinning faces.

Robert Vichino though, is a man of a completely different rank: he builds bunkers. Moreover, not just bunkers, but VIP class bunkers, the simplest of which can not be acquired even by the owners of many television channels, not to mention experts in satin family shorts who go around on these channels: This kind of business involves an appropriate level of contact; Robert’s buyers are not ordinary American preppers who buy a concrete cellar dug by the military for a modest 100,000 bucks, but serious people who spend millions and tens of millions on shelters. And such people, as a rule, know something from somewhere.

We, of course, are far from the idea that one of the Rockefellers ordered a bunker from Robert and, in a private conversation during the acquisition process, told him in confidence that in 30 days our familiar world would collapse. Nevertheless, already some polisher in the office of the assistant secretary of the Rockefeller junior could hear something out of the corner of his ear. This information may well have been whispered to Robert by his clients.

Perhaps someone will think: Robert is engaged in self-promotion and just scares people. It is easy to object to this assumption:

Btw, the reporter who interviewed him is this:

a) Robert Vichino gives not the first (although perhaps the last) interview, and he has not been seen in such terms before;

b) Today, pits under mass graves are shown on 33 channels 33 times a day, and people are already scared to pieces, no one needs to be scared;

d) Robert’s business, as well as the business of his colleagues, does not just flourish, but its prospering with an unprecedented, ongoing stream of orders. While people simply bought cartridges, canned goods and toilet paper – people more seriously rushed to bunker dealers and seriously invested in this real estate type. Some, even sold their homes in exchange of bunkers.

That is, even objects that were previously regarded as expensive and waiting for their buyer for years. There are so many new orders that builders will not cope with the current capacities even in ten years. So we ask: why does the dude need extra advertising? Moreover, if nothing happens after 30 days, the guy will have a big bummer, and this will negatively affect his business reputation and business.

Based on the foregoing, we, like many who have been moved by this remark from Mr. Vichino, believe that he knows something, possibly because someone whispered something to him. And already on the basis of this information, he calls the terms on the TV.

However, 30 days is the deadline for what?