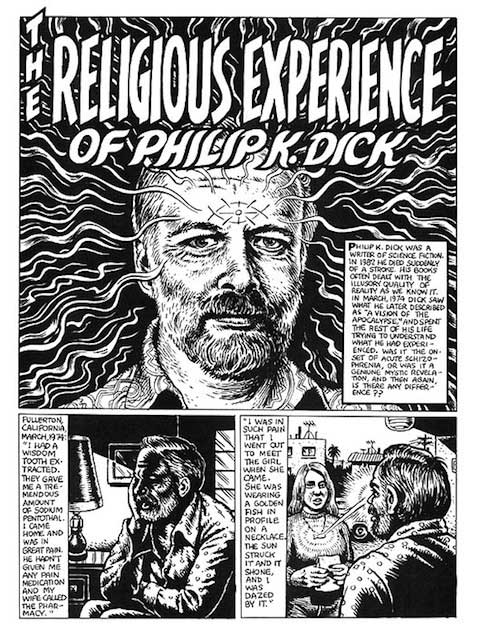 Via Open Culture (Incidentally, a website I recommend that you bookmark for continued awesomeness…)

In the months of February and March, 1974, Philip K. Dick met God, or something like God, or what he thought was God, at least, in a hallucinatory experience he chronicled in several obsessively dense diaries that recently saw publication as The Exegesis of Philip K. Dick, a work of deeply personal theo-philosophical reflection akin to Carl Jung’s The Red Book. Whatever it was he encountered—Dick was never too dogmatic about it—he ended up referring to it as Zebra, or by the acronym VALIS, Vast Active Living Intelligence System, also the title of a novel detailing the experiences of one very PKD-like character with the improbable name of “Horselover Fat.”