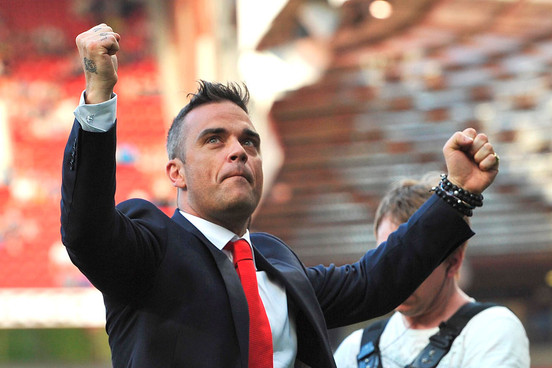 The former ‘Take That’ singer believes White Rock Island in California would be the ideal location.

It is believed that Robbie is hoping to purchase the 1.3 acre island so that he can construct a luxury resort from which he and his wife can watch the skies for signs of extraterrestrial visitors. During a visit to the island last year he’d found that the low light pollution and clear view of the night sky provided an ideal location for the project.

The singer has often been associated with UFOs due to his keen interest in the subject. During his sabbatical between 2007 and 2008 he was alleged to have devoted his time to pursuing the phenomenon and is said to have witnessed a UFO three times.

In this article:Robbie Williams, UFO