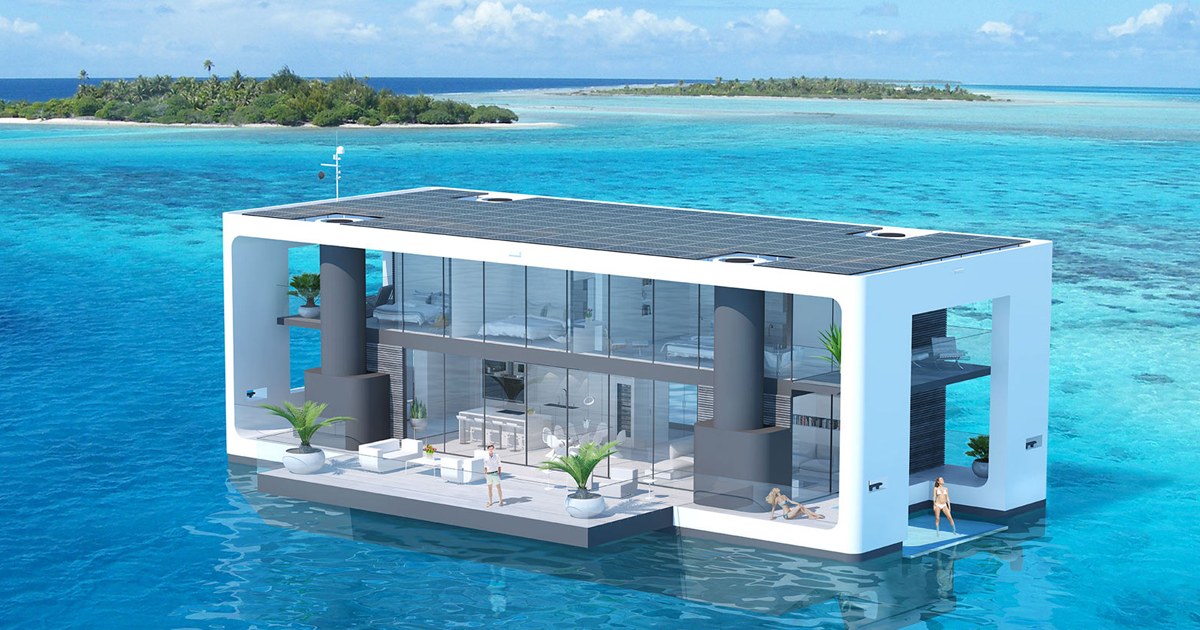 In 2017 we wrote about Arkup, a company designing “hurricane-proof” livable yachts powered by solar energy and capable of operating completely off the grid.

Now, the company has finally debuted a real-life version of one of its designs, and it could to let you ride out the worst that climate change might throw at the Earth in the near future — assuming you have $5.5 million to spend on it.

Visitors to the Miami Yacht Show, which runs through Feb. 18, can catch a glimpse of the Arkup #1, a 75-foot livable yacht its creators claim is entirely self-sustaining.

The yacht has a rainwater-harvesting system, a 2,300-square-foot roof covered in solar panels, and would be as “stable as a home on land” if pummeled with Category 4 winds, according to an Arkup press release.

Based on the tweeted photos of the yacht, it’s incredibly luxurious. But given that most of us don’t have $5.5 million to spend on a floating home, we might want to consider cheaper ways to prepare for climate change, like urging our legislators to back climate-friendly legislation.