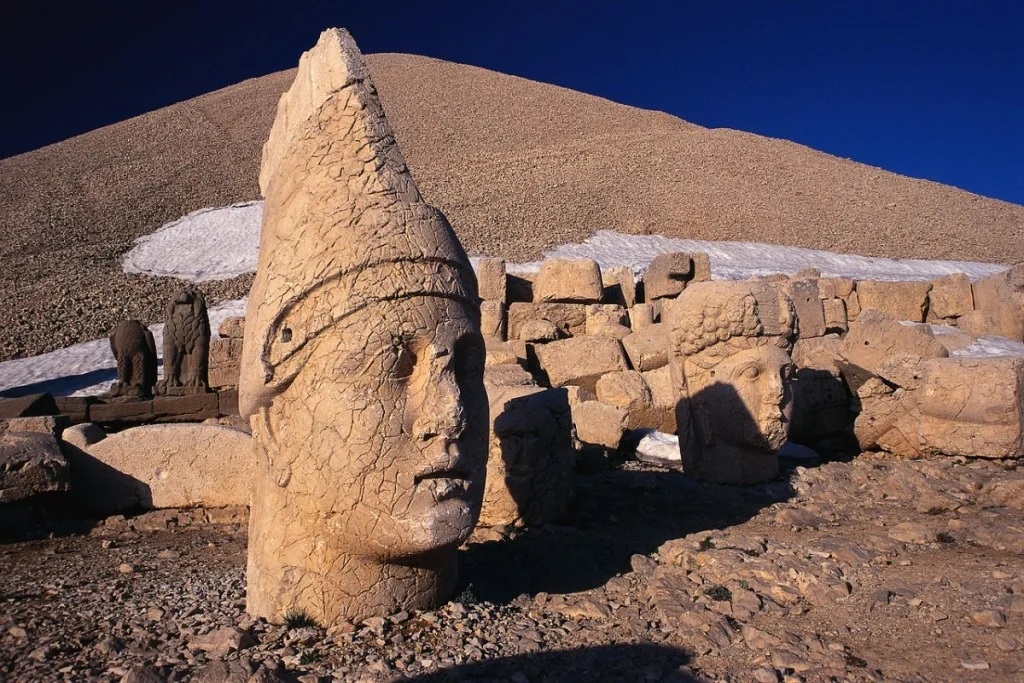 The Bible is not only a source of wisdom, but also a book that accurately describes ancient civilizations. Clay tablets, discovered by archaeologist Hugo Winkler, told a lot about the Hittite civilization: about the chronology of this people, as well as legal and diplomatic issues.

The Hittites are an Indo-European people of the Bronze Age who lived in Asia Minor, whose empire was several hundred years old, are repeatedly mentioned in the Hebrew and Christian Bible, according to Express.

Many see the Bible as a source of wisdom and spiritual guidance, but can this scripture also serve as a documentary history of long-lost civilizations?

Experts have not yet been able to come to a consensus on this issue, and historians dispute the biblical historical chronicles of the Holy Land.

Some experts, however, firmly believe that the Bible accurately describes the rise and fall of many of the historical figures that are mentioned in its pages, as evidenced by the many archaeological discoveries made in the 19th and 20th centuries.

In particular, the scripture expert believes that discoveries about the ancient Hittite civilization are a good indicator that the Bible can still be viewed as a historical record.

The Hittites were an ancient people who occupied part of the Anatolian peninsula (modern-day Turkey) in the 18th century BC. At the height of their power, they spread to modern Syria and the shores of the Mediterranean Sea.

However, by the 12th century BC, the Hittite empire eventually ceased to exist and disintegrated into smaller, independent city-states.

According to Tom Meyer, a professor of biblical studies at Shasta Bible College, Hittites are mentioned more than 50 times in the Old Testament.

Also, one famous account tells of a Hittite named Urriah who changed his faith to worship the Jewish god Yahweh, becoming a high-ranking officer in the army of King David.

“Despite the importance attached to the Hittites in the Old Testament, many historians doubted their existence because no substantiated archaeological evidence was found about this people. Everything changed in the early 1900s when the German archaeologist and linguist Hugo Winkler learned about the clay tablets discovered by local looters in the small modern Turkish town of Bogazkale. According to rumors, the tablets fell into the hands of collectors,” Meyer said.

Between 1906 and 1912 Winkler was forced to organize a series of excavations at Bogazkale. In the end, he managed to unearth five temples, a fortress tower and numerous sculptures.

But the most important discovery at Bogazkale, a site that would later become a UNESCO World Heritage Site, now located in the Turkish province of Corum, was still waiting in the wings.

“Winkler discovered what was probably once the Royal Archives (now known as the Bogazkiy Archives) containing more than 10,000 ancient clay tablets,” Meyer said.

The decoding of some of the tablets in 1915 by Bedrich the Terrible, a Czech professor at the University of Vienna, led to the conclusion that modern Bogazkale was once the ancient capital of the Hittite empire, known throughout history as Hattusa.

Grozny also determined that the ancient Hittite language was Indo-European, and in 1917 Grozny published a Hittite grammar.

Experts found that the tablets cover a wide range of issues, such as legal documents and diplomatic treaties between the Hittites and other ancient Middle Eastern powers. More importantly, however, the tablets showed the chronology of Hittite history in the 14-13th centuries BC.

According to Professor Meyer, this incredible discovery not only revived a long-lost people, but also shed new light on the Bible as a historical document.

“The rediscovery of this lost civilization and the revival of their language serves as a warning to those who question the historical accuracy of the Bible,” Mayer said.

However, some experts distinguish between the historical Hittites and the so-called Biblical Hittites. The Bible speaks of the two Hittites, who, although similar in name, were not necessarily the same people.

In this article:bible, Hittite civilization