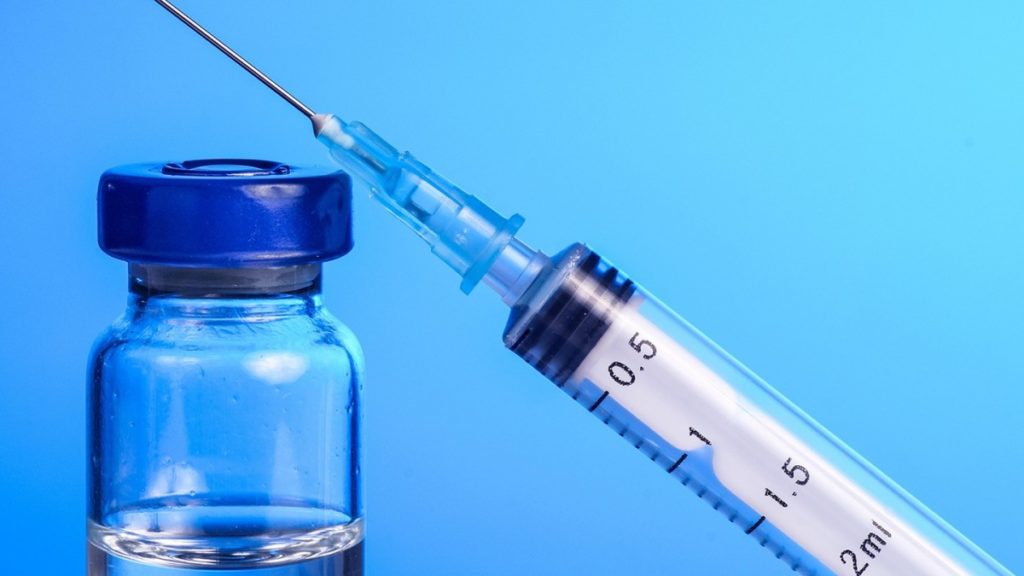 Flu vaccine season is already in full swing, with banners outside pharmacies urging: “Get Your Flu Shot Now.” What’s not advertised, however, is just how lackluster the vaccine is. The most commonly used flu shots protect no more than 60% of people who receive them; some years, effectiveness plunges to as low as 10%. Given that a bad flu season can kill 50,000 people in the United States alone, “10% to 60% protection is better than nothing,” says Michael Osterholm, an epidemiologist at the University of Minnesota in Minneapolis. “But it’s a terribly inadequate vaccine for a serious public health threat.” Now, researchers are striving to understand why it fails so often—and how to make a markedly better one.

They’re questioning what was once received wisdom: that the vaccine fails when manufacturers, working months ahead of flu season, incorrectly guess which strains will end up spreading. And they’re learning instead that the vaccine may falter even when the right strains were used to make it, perhaps because of how it is produced or quirks of individual immune systems.

“It’s much more complicated than we thought,” Osterholm says. “I know less about influenza today than I did 10 years ago.”

The influenza vaccine teaches the body to produce antibodies against the head of the virus’s surface protein, hemagglutinin (HA). Those antibodies ideally prevent HA from attaching to cellular receptors, thwarting infection. But HA’s head is highly mutable, which is why vaccinemakers must come up with a new formula every year.

For many decades, researchers believed the flu vaccine offered solid protection if it was a good match to the circulating strains; studies from the 1940s through the 1960s routinely showed an efficacy of 70% to 90%. But those studies relied on a misleading methodology. Without a simple way to detect the virus in the blood, researchers measured antibody levels, looking for a spike that occurs after infection.

Then in the 1990s, sensitive polymerase chain reaction tests enabled researchers to actually measure viral levels, and they told a different story. It turned out that some people who did not have the big antibody spike after exposure—and were therefore counted as a vaccine success—actually did show a jump in viral levels, signalling infection. Earlier assessments had exaggerated vaccine efficacy. What’s more, efficacy was sometimes low even when the vaccine and circulating strains appeared well matched. Something else was afoot.

For decades, tests suggested the flu vaccine worked extremely well, but in the past 15 years a better test revealed many infections in vaccinated people who would previously have been deemed protected.

The circulating strains continue to mutate after the vaccine is made, and the resulting “escape mutants” are often blamed for vaccine failure. But Arnold Monto, an epidemiologist at the University of Michigan School of Public Health in Ann Arbor, is skeptical that escape mutants play a major role. In a preprint published 15 August on bioRxiv, his team reports sequencing influenza DNA from 249 viral specimens collected from people over five influenza seasons. They found loads of HA mutations, as expected, but most weakened the virus, making it “unfit,” meaning it could not transmit human to human. Viable escape mutants, Monto concludes, are too rare to explain the failures seen year after year.

Danuta Skowronski, an epidemiologist at the BC Centre for Disease Control in Vancouver, Canada, instead blames mutations in the vaccine strain itself. The most common influenza vaccine contains an “inactivated” virus, which manufacturers grow in chicken eggs. As Skowronski’s team first reported in 2014, the virus can mutate while it is growing in the eggs, resulting in a vaccine unable to block circulating strains.

“I think [these mutations] play an enormous role,” says viral immunologist Scott Hensley of the University of Pennsylvania. He has preliminary evidence that egg-adapted mutations were behind the weak protection seen with the vaccine used in the 2016–17 season, he says. He also points to a recent study by another group that compared an egg-grown vaccine with one that contained genetically engineered HA, which sidesteps the mutation issue. The engineered vaccine offered more solid protection. That suggests a way to improve current vaccines, Hensley says. “I’d be shocked in 15 years if any of our flu vaccines are grown in eggs.” 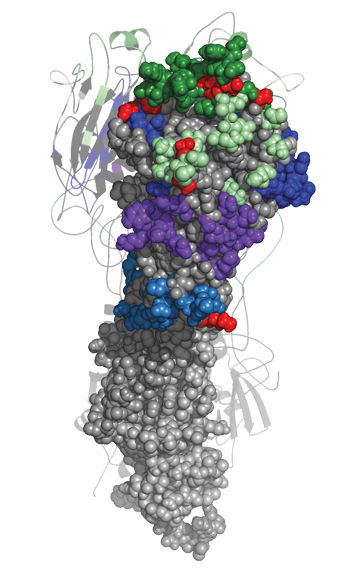 When flu virus is grown in eggs to make the vaccine, mutations can occur in key places (red) on the viral surface protein hemagglutinin, which undermine the shot’s protective powers.

Hensley notes another way to reduce the odds of failure: improving the techniques for choosing the vaccine strains. Vaccinemakers largely rely on an old technique that exposes ferrets—which differ from humans—to candidate vaccine strains and then assesses whether they can stop viral isolates from people naturally infected with the circulating strains. Genetic comparisons, he says, would yield a better match.

Understanding the immune responses that correlate with protection could also help refine vaccines. Immune responses to targets other than HA’s head, including HA’s stem and a second viral surface protein, neuraminidase, receive scant attention. Further complicating the picture is the immunologic legacy of multiple exposures to influenza each year—from the vaccine and from wild-type virus. “What is the effect of primary and subsequent exposure to the virus?” asks Adolfo García-Sastre, an influenza vaccine researcher at the Icahn School of Medicine at Mount Sinai in New York City. “It makes it very difficult to come up with hard data about what’s going on.”

Hensley’s group has shown that the immune system is also biased by a child’s first exposure to flu, which leaves a ghost that affects responses to subsequent vaccines. This may explain why middle-aged people in 2013–14 were unusually hard-hit by a viral mutant that did not infect most vaccinated people, his team has reported. The team’s studies showed that in this age group, the vaccine elicited antibodies to a similar—but not identical—HA they had seen as kids, and the resultant immune response missed the target. “These first exposures really shape how we respond our entire lives,” Hensley says. Immunologist Rafi Ahmed at Emory University in Atlanta last year reported that long-lived memory B cells to flu, which produce antibodies, can crowd out B cells that would otherwise respond to novel infections.

Other evidence suggests that repeated vaccinations can blunt the immune response to some HAs. “We don’t understand enough about the effects … to make any recommendations right now,” says Edward Belongia, an epidemiologist at the Marshfield Clinic Research Institute in Wisconsin, who led a recent meta-analysis. “The best strategy remains to get a vaccine every year.” This is especially true for the elderly or immune-compromised people: Even if a vaccine fails to prevent infection, they may suffer less severe disease if immunized.

The BC Centre’s Skowronski says many influenza researchers are hesitant to discuss problems with the vaccine “because they’re afraid of being tainted with the antivaccine brush.”

She says that’s a mistake. “This immunization program has been predicated on assumptions on top of assumptions. Unless we have these discussions, we’ll never have improved vaccine options. And I don’t think it’s antivaccine to want your vaccine program to be the best that it can be,” she adds.

Skowronski thinks the field must more aggressively pursue a universal influenza vaccine that would work against many strains and last for years. Anthony Fauci, director of the U.S. National Institute of Allergy and Infectious Diseases in Bethesda, Maryland, agrees. He wants to accelerate that work by creating a new consortium of top researchers, which he hopes next year’s budget can fund. “I’m going to make universal influenza vaccine my top priority over the next couple years,” Fauci says. “We’ve got to do better.” 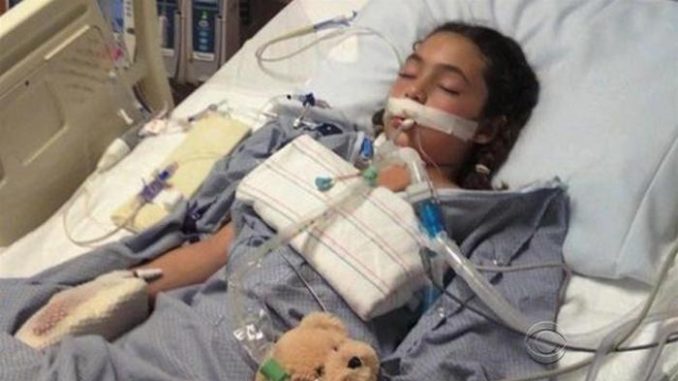 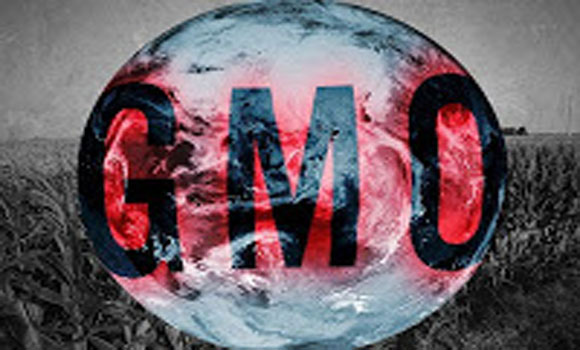 From Zyklon B to GM corn: How GMOs transformed food into a globalist weapon

Mike Adams Zyklon B is a very effective chemical for killing humans. The trick is getting the victims to inhale it. Since most people...