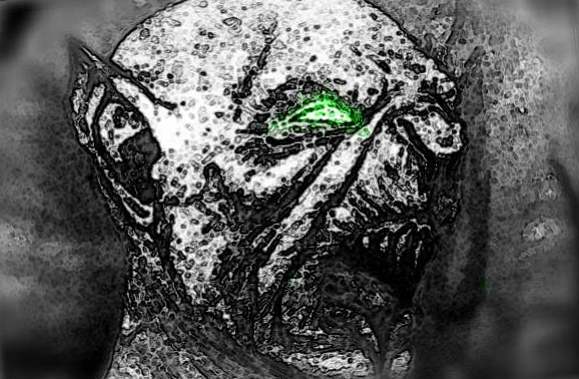 You can not run away from the paranormal to other countries.

There are good and bad creatures in every culture. Mythological breadth often reflects the realities of the real world. These are the most epic creatures of some European nations. Every person has at least once heard about them. Little who knows though what they look like or what they are all about.

Leshy – a mythical creature of the woods. It protects the forest and all its inhabitants. If the person going to the woods respects its laws and has good intentions, Leshy will not touch that person. Slavic nations believe that Leshy can make a person get absolutely lost. The only way to get out then, is to turn your clothes inside out. Leshy can take a human form. Usually, it presents itself as a peasant. There is a belief that if you are taking something from the forest, like mushrooms or berries, you should leave somewhere a treat for Leshy, so that he doesn’t touch you. Leshy’s original form is a human-like. He is usually depicted as a living tree with a grass beard and vine body.

Kobolds – little people who are essentially house spirits. Kobolds are invisible but they can materialize in a form of an animal, a candle or a human being. Kobolds usually wear peasant-like clothes and sometimes live in mines. Kobolds are predominantly good, and if they are respected, won’t do any harm. If not, they can turn a house into a mess.

Bean Nighe – a creature that is a messenger of death. She is usually depicted as sitting by the stream and washing clothes of those who are soon to die. Bean Nighes are believed to be spirits of those women who died giving birth. They have large hanging breasts, long hair, one tooth, one nostril and webbed feet.

Berserkers – warriors were able to transform into wild animal-like creatures. Sometimes they can turn into a bear or a wolf. They have red eyes and are virtually uncontrollable. Norwegian kings would use berserkers for their personal protection and in armies.

Trolls – Scandinavian mythology creatures that live among rocks, tress, mountains and low-lying grasses. Depending on the region, trolls may look different and sometimes can even look and act human-like.

Nymphs – nature spirits that can live in trees, lakes, mountains and rivers. They are usually depicted as young and beautiful young females who love to sing and dance. They are not immortal but if they mate with gods, their children are. Nymphs often accompany gods in their travels and were sometimes kept in their natural form till death.

Gorgon – terrifying creatures that are essentially female beings with snakes growing out of their heads. A single look at a gorgon could kill a person. Perseus once killed a gorgon by polishing his shield and using it as a mirror to make a gorgon look at herself.

Ordog – a faun-like creature with a ponytail, hooves and horns. Ordog is black. He lives in hell and stirs human souls in a huge pot. Ordog often ventures into the outside world taking form of a flame, a fox or a shepherd with black eyes.

Author Bio: Steve Davids is a freelance writer and traveler. “I lived in many different countries and heard a lot of different legends and myths. For the last years I’ve been cooperating with different writing services and traveling all over the Europe. I am really inspired with the idea of writing for different sites and blogs. I think this is awesome way to share your ideas and thoughts with targeted audience.”