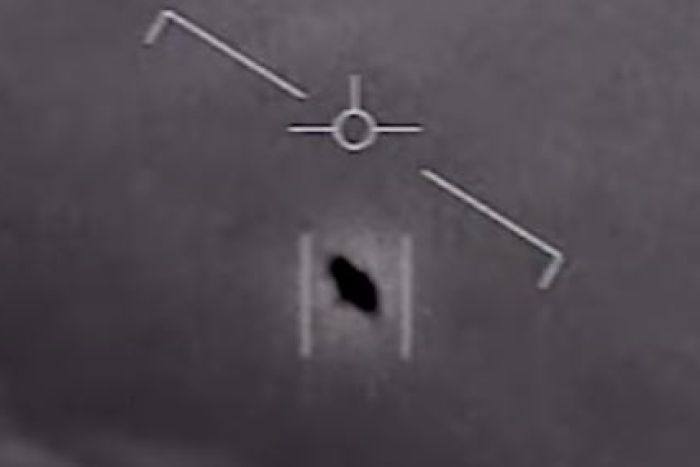 Tom DeLonge is remembered for being the ex-vocalist and guitarist of the Blink-182 band, which garnered great hits and hits in the late 90s. But, like many other celebrities, he is also a big fan of the UFO theme, and after his retirement, he chose to make this public hobby and co-founded a research group called  To the Stars Academy of Arts & Sciences, committed to the investigation of UFOs and extraterrestrial life.(UFO material)

If the name of the organization sounds to them, it is because it was involved in the filtering of videos of the Pentagon’s secret program for UFO investigation (AATIP), where strange pill-shaped objects are seen being chased by Navy pilots American.

This week, DeLonge and Luis Elizondo – the latter who was just a time in charge of AATIP and is now part of the UFO research organization – were interviewed by the New York Times. And one of the questions referred to whether the group had managed to obtain “samples of exotic UFO material.”

The answer was lapidary: “Certainly.”

For now it is unknown what materials they refer to or if they have any relationship with the “unidentified aerial phenomena” —the new name of the military for UFOs — sighted by Navy pilots.

“We are trying to find the most qualified individuals from the most respectable institutions to carry out the scientific analyzes,” said Luis Elizondo, director of security and special programs for the DeLonge group. “That will include physical, molecular and chemical and even nuclear analysis.”

«The last thing we want to do is hurry to reach a conclusion. The data will be what decide what is and what is not, ”he added.

It should be noted that when the existence of the Pentagon‘s AATIP program was made public, the article published in this regard by the New York Times presented three important points that came out of the leak:

Apparently, it is this last point that Luis Elizondo would be referring to with his answer … Now we just have to wait.

In this article:Tom DeLonge, UFO material