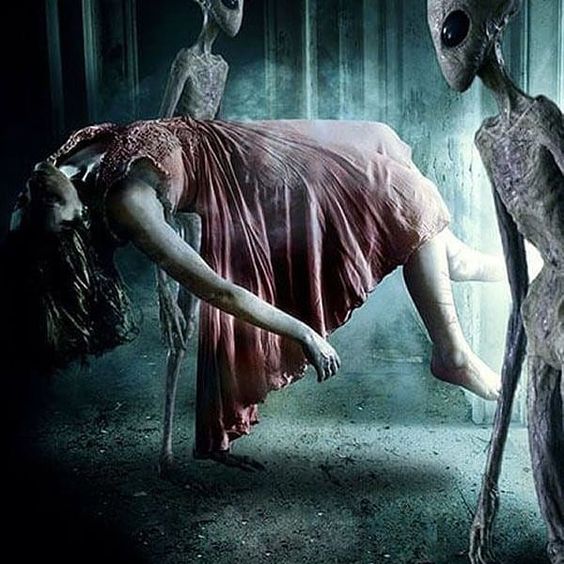 There are many testimonies of people who claim to have encountered the impossible. Stories of terrified witnesses who tell amazing stories of encounters with the most varied beings but … What is the truth of this phenomenon? Here is a well-documented case of Reptile Abduction.

From a large number of reported encounters and abductions that have been studied by doctors and researchers, a wide catalog of typologies that include strange creatures seen around, inside or outside the already more than known flying saucers is derived.

And perhaps some of the darkest beings are those that have been described countlessly with reptilian characteristics and, of course, widely known under the suggestive name of ” reptilians “

We present below a terrifying case of meeting with creatures that could well be framed in this unique group according to the witness’s descriptions.

The man who was about to have the most frightening experience of his life was none other than Fortunato Zanfretta, of Italian nationality who on the night of December 6 was performing the job of a security guard in the town of Torriglia.

A night watchman patrolling a residential housing development that, in the middle of winter, was deserted.

Fortunato made his patrol by car following a routine tour but that night would have to be different and that is that something caught his attention, four white lights moved to make impossible drawings in the dark.

The guard felt the impulse of duty and went to the place thinking that it could be thieves and as he approached, the phenomenon began to show off his presence: the radio of the vehicle stopped working.

When he arrived, he quickly got out of his car and approached one of the houses where he noticed movement. More than one person could be found if he acted cautiously, moved silently and did not light his flashlight.

What was his surprise when he felt something push him in the back! Fortunato fell to the ground but quickly rose again, lighting his flashlight to see who had shot him down and … the way the light allowed him to contemplate was totally disconcerting.

Before him he had a humanoid-looking being, of great stature and corpulent looking at him with three triangular-shaped yellow eyes framed in a greenish face surrounded by horns and spikes.

And to the guard’s greatest surprise, the being disappeared before his eyes without further ado. So he didn’t think twice, he ran to his car and never in his life ran so fast, because a large flying object was chasing him in the sky, flying low.

They are not men!

When he got to his vehicle he tried to use the radio, it worked! And his companions later reported that Fortunato, in that moment of panic, kept repeating again and again:

But they stopped listening to him, the watchman would eventually faint. However, he woke up about 100 meters from where he had lost consciousness (which could be indicative that an abduction took place) just when his teammates came looking for him and everyone could see that there were strange circular marks on the ground.

They came back for him

The unfortunate vigilante thought that this had been the end of his terrifying experience but, as usual with the phenomenon, it seems that he continued to harass him and Fortunato experienced several abductions by these beings.(Reptile Abduction)

He obtained very significant information thanks to the sessions of regressive hypnosis that he conducted and in which he described some horrible experiences expressing a deep fear every time he was in the presence of these beings who subjected him to several studies and medical procedures in which they had placed an indescribably painful apparatus in the head.

What did they want?

These greenish-skinned beings communicated with the horrified Fortunato on some occasions and, among other things, informed him that they intended to come to Earth in greater numbers. Do you believe that this Reptile Abduction is a true incident?

Disturbing experiences caused by beings that the witness caused disgust and fear in equal parts and left him frightened for life. What did they want from Fortunato? Why were you abducted repeatedly? And, perhaps most disturbing … had they previously selected him preparing the first meeting or was it an unfortunate coincidence?

The story behind the reptilian statue of the Horyuji Nara Temple, Japan

In 2017, under a great secrecy, a statue resembling a reptile’s figure was removed from the exhibition for the visiting public. This happened in...