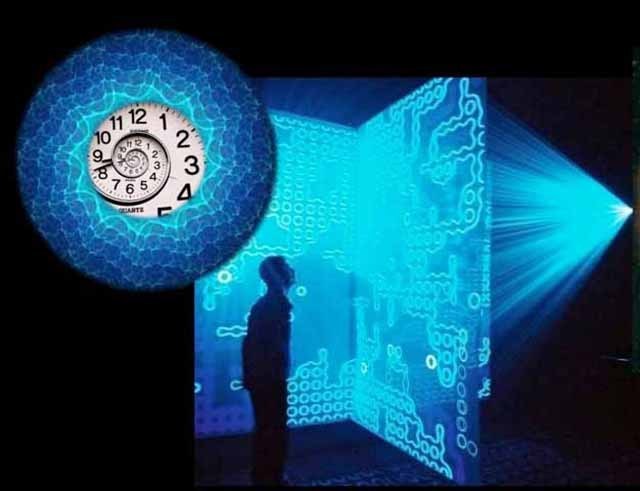 The expression “Numerical Synchrony” or Repeating Numbers tries to define the apparent “coincidence” of observing the repetition of certain numbers, or sequences of numbers, in our lives: car registrations, figures in bureaucratic stationery of the most diverse nature, comments and quotes from third parties , addresses where we must attend for daily activities, the number repeating in the clock when we look at it, etc. Are they mere coincidences or is there an invisible force behind this phenomenon? 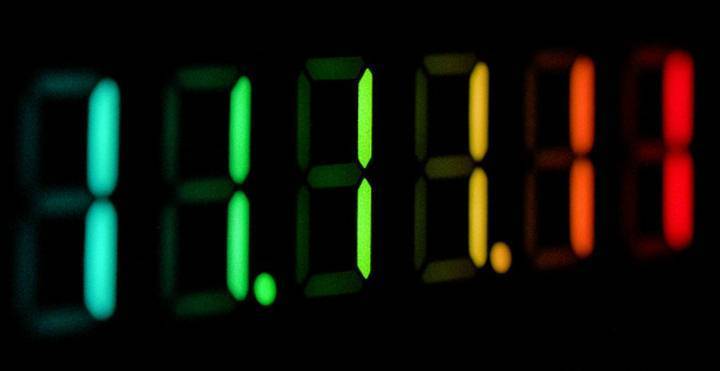 One of the most typical examples is to wake up unexpectedly at dawn for several days and when looking at the alarm clock, see that it is about the same time.

Before this event, two interpretative tendencies tend to prevail. One attributes it to chance or, rather, to a certain “selective memory”, arguing that it is not so striking to look at the clock and record something as “09:12”, to do so and meet “13:13”. The other tendency gives it a purpose, a meaning, a message: it happens, it happens because of something. By simple economy of hypothesis it would be possible to suppose that the explanation is reduced to the first possibility, if it did not have an inescapable weakness: in fact, unless a certain “intuition” forces us to direct the sight and attention to the clock, each time we return Looking at it, we can not know in advance what time it will show, so that the fact that the correspondence of “significant numerical series” is repeated several times can not be due to chance precisely because it is random when we look at it.

Some critic will say that we watch the clock unconsciously hundreds of times in the day, and the attention selects those “memories” of significant numbers, worse against this mere assumption that fewer and fewer people use the wristwatch or search see the time in wall clocks to the detriment of checking your cell phone, a process that is more cumbersome (looking for it or taking it, sometimes pressing the key so it lights up, etc.) makes it happen when there is a real need to know the time . And that will happen maybe a dozen times a day, but not hundreds. And even more: despite the detriment in the use of personal watches (where we could discuss if unconsciously we do not look more often) this event (the “numerical synchrony”) is manifesting as inversely proportional to the use of the wristwatch. 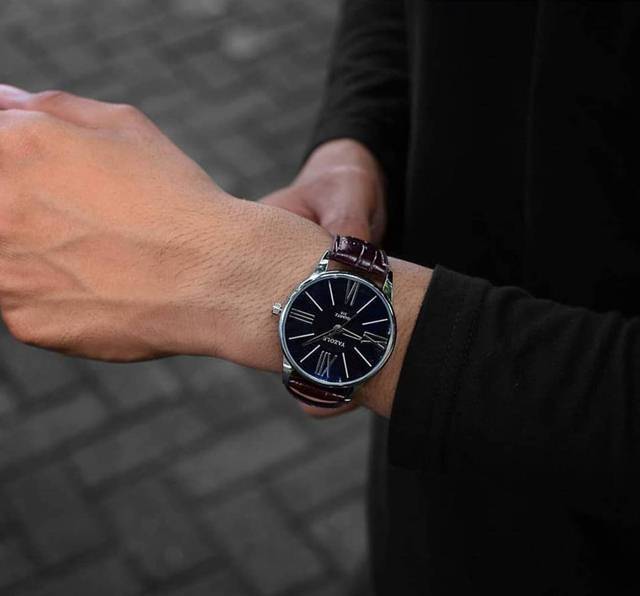 I know from having discussed it personally with some “rationalists”, that his theories based on the unconscious and repetitive look of the watches and a “selective attention” are not the product of a careful study but a simple assumption, a speculation, although we know that for the “rationalists” their assumptions are “testable theories” and those of others, that is, those of all others, unfounded speculations.

In my particular case, I would like to say first of all that I personally have nothing very interesting to say. Yes, it is true that in some cases I have been struck by the repetition, perhaps for a few days, of certain numbers, but the phenomenon does not reach in my life the degree of continuity, impact, significance that many have told me. I see the phenomenon as a researcher in third parties; I do not consider myself a protagonist of him, which is auspicious because he ejects me from the uncomfortable position of the feeling protagonist of something important. So, I have asked for the contest of people who say they have lived it and through the time I have gathered a small number of questionnaires to begin to issue some conclusions. 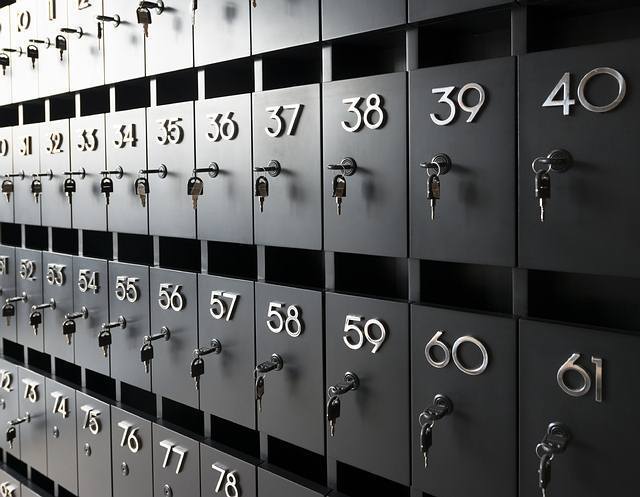 I want here to point out an important fact. For the purposes of this article, only 25 readers have responded to me. There were dozens of those who expressed their interest because -they said- they would be able to interpret their own stories.

I have made available to anyone the questionnaire with which I have handled, that undoubtedly some of you will be able to improve if you want to deepen this study, and the little participation leaves me a bit bitter taste to think that some people are interested explanations that they do not contradict their individual approach. Critics will say that 25 cases is too small a sample to conclude anything, and I will only answer that, first, it is always better than just speculating from “I think …”, and secondly that, at least, I take the job to gather it, waiting for them, the critics, to do a better job. But as we already know that they are convinced that their opinions are more “scientific” and therefore, valid … why will they spend time and effort in doing their own research, however small

So, for those interested, let’s review the distributed questionnaire first:

2) Briefly describe the circumstances in which you find them.

3) Do you remember when and how did you notice this synchronicity for the first time?

4) Is it still occurring or has it ceased? If it is this second, when?

5) Does your manifestation correspond to certain situations, anecdotes, stages of your daily life?

6) In case of a positive response to (4), these correspondences tend to be grouped mostly in one of these planes ?: Labor. Economic (outside the labor). Affective. Physical Health. Mental health. Parapsychological, spiritual, “strange” events in general. Social (friendships, etc.)

7) Doing an estimative and conservative calculation, how many times have you found it since you began to observe its recurrence?

9) Have there been cases in which you have not noticed a positive correspondence or a negative in your life? How many -expressed in approximate percentages of the total-?

10) Would you say that it has favorably influenced your life? How?

11) What do you think would have happened – or what paths would you have taken – in those circumstances if those numbers had not “appeared”?

12) What is your personal explanation about the fact that these numbers are, and not others?

13) Do you think that they will continue to appear indefinitely or will they reappear – if they have ceased?

14) Do you allow this information to be used in an investigation to be publicly disclosed? (Indicate whether or not your data is reserved).

Most of the answers, given that they have to do with personal instances, do not have a greater quantitative value – although they are qualitative, since they speak a lot about the interviewee and their personal histories.

Allow me here to point out, for example, that with respect to question (4), 14 people say that synchronicities continue to the present, 6 that have ceased and 5 that appear erratically (For advocates of the theories of “selective attention”: Why would they cease or discontinue if, precisely, curiosity and fascination should increase over time?).

For the question (5) -and this is very important for those who suppose that it is the need to feel protagonist of “something important” is what feeds the correspondence- 21 they say that they do not see any correlation with significant facts, while 4 say that yes they did.

For question (8), the percentages given by the 25 are completely erratic and different, to the point that it is a trifle to try to group them in some way. 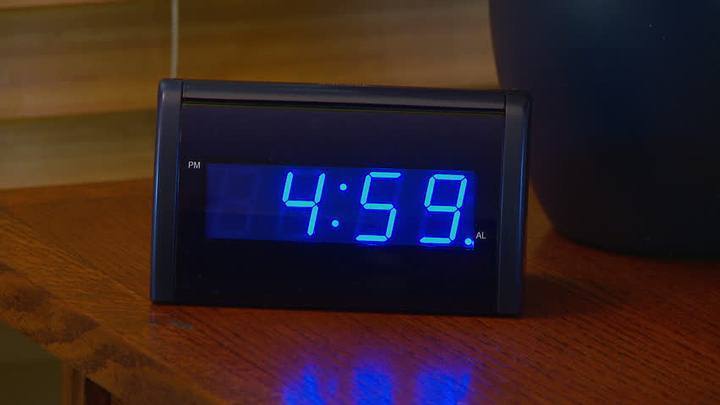 Regarding the question (9), the huge majority -19 cases- confirms that there is no particular significant correspondence.

The same figure corresponds to the question (10): 19 comment that nothing has influenced (again, unexpected answers for those who assume that this is a favorable environment for the “mystical projections” of people), and 6 indicate that yes .

Question 11 shows that 22 people point out the perception that nothing would have changed in their lives if these events had not occurred. Again, an unexpected response for those who try to settle the matter with the argument that they are “games of the mind” to remove people from the gray and boring of everyday life.

Regarding the question (12), 4 people have different opinions: “winks of the Universe” -the expression I liked so much that I use it to be part of the title of this note-, “portals” that open, angelic messages … But 21 do not have the slightest idea or opinion -in truth, this was the reason why most decided to write to me-. And final comment: only 2 people accepted that their filial data could be shared publicly. The rest asked for confidentiality and anonymity, a clear signal that another of the unpleasant explanations (“need for prominence”) is close to disrespect. At this point, comparing the comments of these 25 spontaneous collaborators with my own notes on the subject, I have elaborated my particular theory. It is quite clear to me that the comments of all of them tell us more about what “is not” this phenomenon than it is.

For the time being and as a result of the comments, it is not linked to the previous opinions or opinions as well as concerns and interests of its protagonists. It is clear that it is an event that “accompanies” rather than “triggers” or “provokes”.

The physicist Pierre Frankch has a controversial theory from his own studies of Quantum Mechanics. He holds that what we perceive as “Time” is actually a flow of energy, or, rather, a type of energy that flows in a sense. This quantum flux is perceived by the conscious nature (us, for example) as “Time”, and we call “past” the original point of this energy flowing towards us. 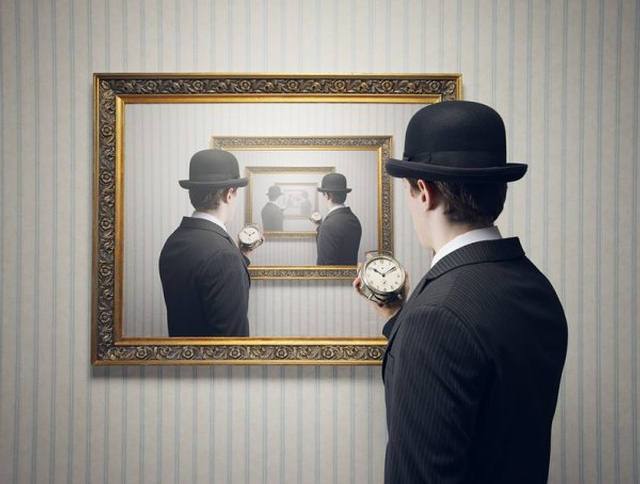 But Frankch goes further and says that this quantum flow also does it from the future, that is, in the opposite direction to what we perceive as Time, and when it hits or, rather, when there is an interaction of waves, they create resonances and discontinuities what we call “Reality”.

The premonition, for example, would be no more than the possibility of some people to rationalize the perception of the waves coming from the “future”. Then, the Synchronic Events are the “significant protuberances” that we recognize in the interaction of waves. Now, as that “Reality” (what we define as such) is not alien to the observer – even more, it is a co-creation of the mind of the observer – what people see as “significant coincidences” is the reflection of your own mind in the Reality that constantly co-creates.

Someone will say here: “Gustavo, please, put it simple.” And it would be this: they are not angelic messages. They are not “portals” (whatever the one who supposes it understands then for it). It is the emergent, the reflection in the world that whoever perceives it is “adjusting” its resonance with its Reality.

Do you want it in terms of self-help? What is in the Way where it should be. Signs that you are doing the right thing. As a tributary of the Sacred Geometry, debtor of a Descartes that wrote “God geometrizes” and being those abstract entities called numbers to the symbolic manifestation of epistemological entities that can be articulated in the other great and indissoluble cosmic variable, Space, as Geometry.

In this article:Repeating Numbers, selective memory