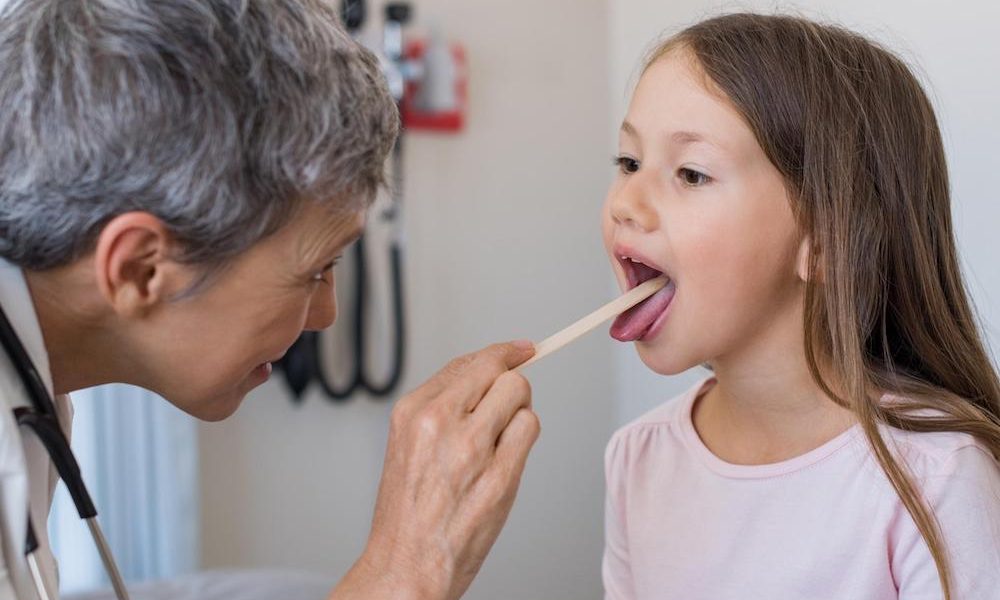 If you were a child born in the U.S. from the 1950s through the 1970s, odds are high that either you or someone you know has undergone a tonsillectomy or adenoidectomy. I was one of those children. When I was in kindergarden, I had my adenoids removed. I was already suffering from severe bronchial asthma, requiring emergency treatment at the hospital several times a year, and somtimes as often as three times a month. The adenoid surgery was performed ostensibly to ‘relieve’ sinus obstruction. But following the procedure, my symptoms worsened. By the time I was sixteen I needed another sinus obstruction surgery, this time for sinus polyps and a deviated septum.

While instances have gone down in recent decades, tonsillectomies and adenoidectomies are still two of the most common surgeries performed on children worldwide. Since the first documented instances of tonsil and adenoid removal, the risks-versus-benefits of the procedures were questionable at best, but a recently released Danish study may have finally tipped the scales against this ‘standard of care.’

According to “A Brief History of Tonsillectomy,” the tonsils are lymphoid organs located at the entrance of the digestive and respiratory systems, the inflammation of which has led to three thousand years of documented extraction procedures. Tonsils are often removed in children when they become inflamed or infected—a common occurrence before puberty—despite being an instrument of immune system defense that can help the body ward-off other types of infection. More than half-a-million tonsillectomies are performed each year in the United States on children under the age of 15 years.

Indicated as a standard treatment for children with a variety of ear, nose, and throat complaints, it is an understatement to say that tonsillectomies are over-prescribed. Tonsils are frequently removed as a prophylactic measure to prevent recurrent infections, rather than as a last resort to restore health in rare and extreme cases. The same is true for adenoid removal. Doctors who blindly follow prevailing medical trends often fail to render fully informed consent to parents, who then lack an accurate understanding of both the risks and limitations of these “routine” surgeries. This unquestioning climate presents still-unknown risks to the long-term well-being of millions of kids around the globe.

A June 2018 study of over a million Danish children has added a compelling argument against tonsillectomies being performed so casually. In a first-ever study on the long-term effects of tonsillectomy, researchers from the University of Melbourne in Australia and the University of Copenhagen in Denmark, accessed the health records of 1.2 million children from the years 1979 to 1999. Of the total number of children studied, 11,830 had underwent tonsillectomy (removal of tonsils), 17,460 had an adenoidectomy (removal of adenoids, lymph glands located up and behind the tonsils which defend against infection), and 31, 377 had a combined procedure during which both tonsils and adenoids were removed. No other serious health issues were present among focus group children.

Data were analyzed from the twenty-year period beginning when the children were <15 years of age, spanning into their 30s, providing a range of data capable of indicating development of a variety of long-term health conditions. According to one of the lead authors of the study, Dr Sean Byars, “We calculated disease risks depending on whether adenoids, tonsils, or both were removed in the first 9 years of life because this is when these tissues are most active in the developing immune system.”

Published in the Journal of the American Medical Association Otolaryngology Head and Neck Surgery, results have compelled scientists to call for “renewed evaluation of alternatives” to this too-common procedure. The impact of tonsil and/or adenoid removal surgery on future health outcomes was deemed “considerable.” Children who had undergone tonsillectomies were found to have a nearly three-fold increase in the risk of developing certain diseases of the upper respiratory tract, including asthma, influenza, pneumonia, chronic bronchitis, and emphysema. Removal of adenoids in addition to tonsils more than quadrupled chances of developing allergies, inner-ear inflammation, and sinusitis.

While researchers admit that a tonsillectomy may aid in the short-term reduction of ENT (ear, nose, and throat) infections and their associated discomforts, observation of health trends over the long-term strongly suggest that these gains are short-lived, producing no long-term reductions in abnormal breathing, nor chronic sinusitis, two of the most common reasons for performing tonsillectomies.

Instead, risks for these problems were either significantly increased, or not significantly different than for children on whom no tonsillectomy or adenoidectomy were performed. Shockingly, unrelated health problems such as certain skin diseases, eye and parasitic infections, were 78% more prevalent in adults who had undergone one of these surgeries, as compared to adults who still had their tonsils. 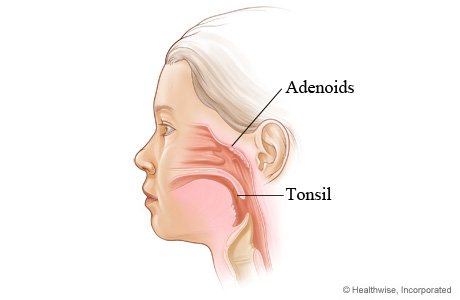 Researchers postulate that these glands may form a protective barrier between invasive bacteria and viruses seeking to take hold in the sensitive and receptive tissues of the lungs and throat. The positioning of these glands may provide an important filtering function in this vital intersection where our breath collides with the detritus of the outside world. Considering the study found a sharp increase to risk factors for more than 28 diseases, do results indicate that these seemingly innocuous glands play a larger role in immune system functioning than has previously been credited?

It’s clear, according to Dr. Byers, that these findings support, at minimum, delaying tonsil and adenoid removal surgeries to allow for the complete development of a child’s immune system. It is also clear that prevailing medical wisdom needs to evolve beyond the viewpoint that our internal organs perform in isolation, and malfunctioning body parts can simply be removed without affecting the whole. “As we uncover more about the function of immune tissues and the lifelong consequences of their removal, especially during sensitive ages when the body is developing, this will hopefully help guide treatment decisions for parents and doctors.” Dr. Byers expressed. It is imperative that the medical establishment integrates new findings such as these with immediacy, so that another generation of young people don’t suffer due to rigid conformance with such misguided traditions.

As far as my own experience with adenoid removal at age six, I would go on to experience over a decade of non-stop recurrent asthma attacks requiring emergency intervention, and as I said, sinus surgery as a young adult to correct worsening obstruction in my sinus passages. Clearly my own personal experience with this procedure confirms what the study has discovered: the procedure, generally speaking, makes one’s health worse over time.

It is also worth noting that the conventional medical establishment routinely recommends organ removal as a ‘standard of care.’ For instance, in “Beware of Organ Removal for “Cancer Prevention”: Jolie’s Precautionary Tale,” I deconstruct the media’s portrayal of Jolie’s decision to have her breasts (and later ovaries) removed due to the perceived ‘death sentence’ incurred by being identified as a BRCA1/2 gene ‘mutation’ bearer. Her subsequent decision to have her breasts removed was not only considered advisable but heroic, as portrayed and amplifed globally by the mainstream media. Organs such as the thyroid, breast, and prostate, thanks to aggressive and misguided cancer screening programs, are being routinely removed from millions under threat of certain death by medical prognosticactors, who are unwitting, modern day equivalents of fortune-tellers and witch doctors; yet, many of these so-called “cancers” are actually benign lesions of epithelial origin, according to the National Cancer Institute itself.

I hope studies like reported on here contribute to countermanding this disturbing way of thinking about the body and disease risk and that the precautionary principle and the founding medical ethical principle of ‘do no harm’ be re-instated as supervening guidance in determining the ‘standard of care.’

To learn more about natural remedies for sore throat and throat infections, check out the abstracts in the GreenMedInfo research database. 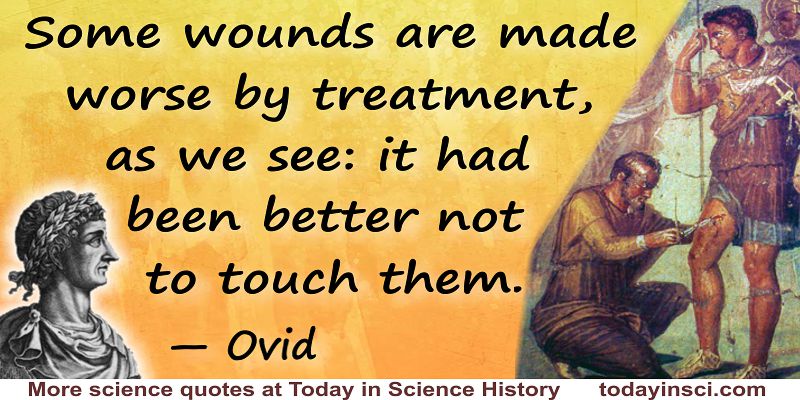 Advertisement. Scroll to continue reading.
In this article:adenoid removal, effects of tonsillectomy